September 20, 2021 by ConcertKatie No Comments

Back in early 2020 Ben Folds had announced an orchestra tour.  I thought that would be absolutely SO COOL to see – but his show in Connecticut was billed as “solo piano”.  In March 2020, the show ended up  getting postponed.  Wednesday night, we finally got to see the show, now part of the “In Actual Person Live for Real” tour.  In order to be allowed into the venue, you had to be vaccinated and show proof with your ID as well as pass a temperature screening.  There was no option for testing instead of being vaccinated.  Masks were required at all times inside. After Ben’s first song, he stopped to tell us that he appreciated us all being vaccinated and masked and trying to keep each other safe.  He also mentioned that he was going to try to have us not sing and instead hum – except for him – because do as he says and not as he does. He didn’t know if it would work, but he was hoping that it wouldn’t lead to one of us going home and getting someone else sick from being there with him.  He also said that if the person next to you was singing, don’t punch them in the nose.  The humming was kind of funny and a lot of times it ended with everyone giggling – during “You Don’t Know Me” he told us just to think The Muppets Show and we’d be ok with it, which just led to more giggling.  When someone shouted out a song request after he had already started playing a song, he said that requests such as that should start with “Fuck that! Play ___”  During Rock This Bitch he sang about his day and how he woke up in Connecticut and was looking for somewhere for breakfast that was unpopular and had outside seating and that we were in Ridgefield where the houses are old and big. “We’re fucked, that’s what the old pianist said, we’re rocking this bitch with masks, that’s fine.”   Another request was yelled out, “Give me back my black t-shirt!” and he said it reminded him of a joke where someone was requesting “That’s What You Are” but the pianist didn’t know the song and asked the guy to sing a few bars and he sang “Unforgettable… that’s what you are.”  The song is called “Song for the Dumped” and “And don’t forget to give me back my black t-shirt” is one of the lyrics within it.   The show was highly entertaining and it was nice to have a normal-ish heart rate during a show for once with the feeling that things were hopefully a bit safer with the precautions in place.  When I got home, I remembered he was going to be playing in New Haven as well later this month.  That venue is MUCH closer to my house so I thought maybe I’d like to go see him again – only to find out that the show had been postponed until August 28, 2022 earlier in the day! I don’t want to commit to anything that far out, but we’ll see if I end up there.  I’m still holding out hope for getting to see him with an orchestra too, though. 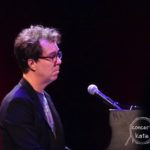 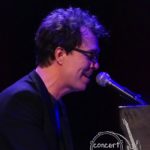 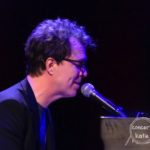