September 8, 2021 by ConcertKatie No Comments

Initially I wasn’t intending on going to Tulsa for the September shows, in addition to holiday weekend flight prices being ridiculous I was trying to tell myself that 4 out of the 8 shows was enough.  Well, after the August shows, even with Tulsa holding me hostage for another day, when I got home I decided to book for September. (And now am kind of kicking myself for not trying for July as well – although those flights were ridiculously priced or else I probably would have caved.)

The night before I was supposed to take off, the remains of Tropical Storm Ida came to my area and gave us a month’s worth of rain in one night.  There was massive amounts of flooding and I wasn’t even sure I’d make it to the airport, but fortunately I did.  My flight out was at 8am and I saw that the 6am flight still had not left yet (despite it being almost 7) It turned out 4 days ago their plane had hit a bird and whatever fix they had done got undone in the trip to Hartford so they were delayed while it could be fixed again.  They did not end up leaving until 9:30am and I was very glad for once I didn’t opt for the super early flight.  I had 2 little kids in front of me during the first flight that were making up songs about the trip with lyrics such as “we are riding on a plane plane plane and it will be fun!”  And I think they did have fun – until their ears started popping.  There was also a lot of other layover drama with a woman who didn’t know how to order Five Guys and didn’t order fries (but a stranger gave her hers, which was sweet but… covid?), a guy whose mother passed away getting in a “YOU WERE MEAN TO MEEEE” argument with a gate agent, a family missing their flight by mere minutes and then more littles in front of me on flight #2. (So sleeping did not really happen.)

Thursday night I was hoping to go see the Tulsa Drillers baseball game since I was in town, but it was supposed to be mid-90’s at game time and that didn’t seem like a fun way to spend my evening. (They lost, 10-1) so I ended up ordering some BBQ and hanging out in the room watching Big Brother and Netflix. 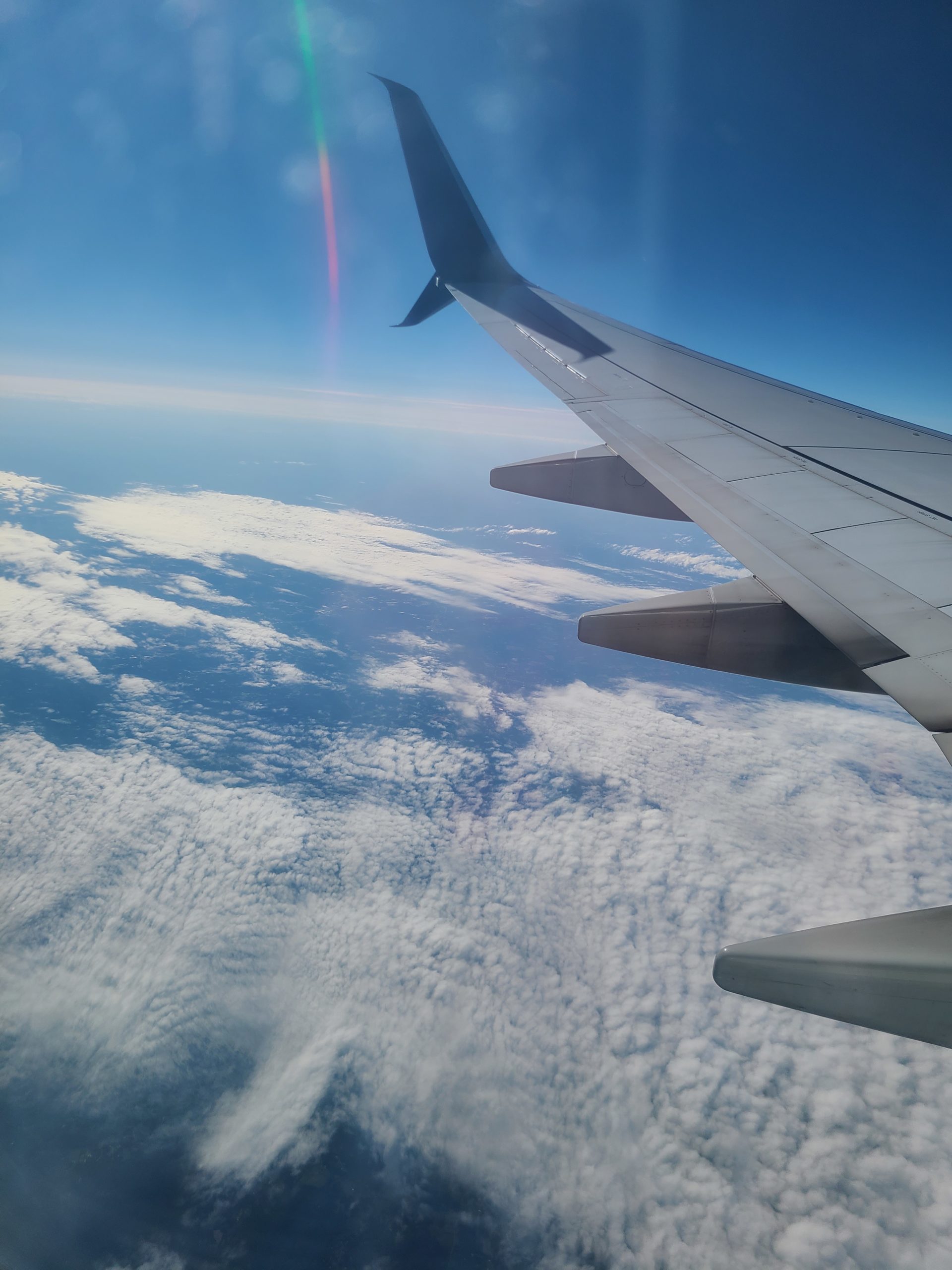 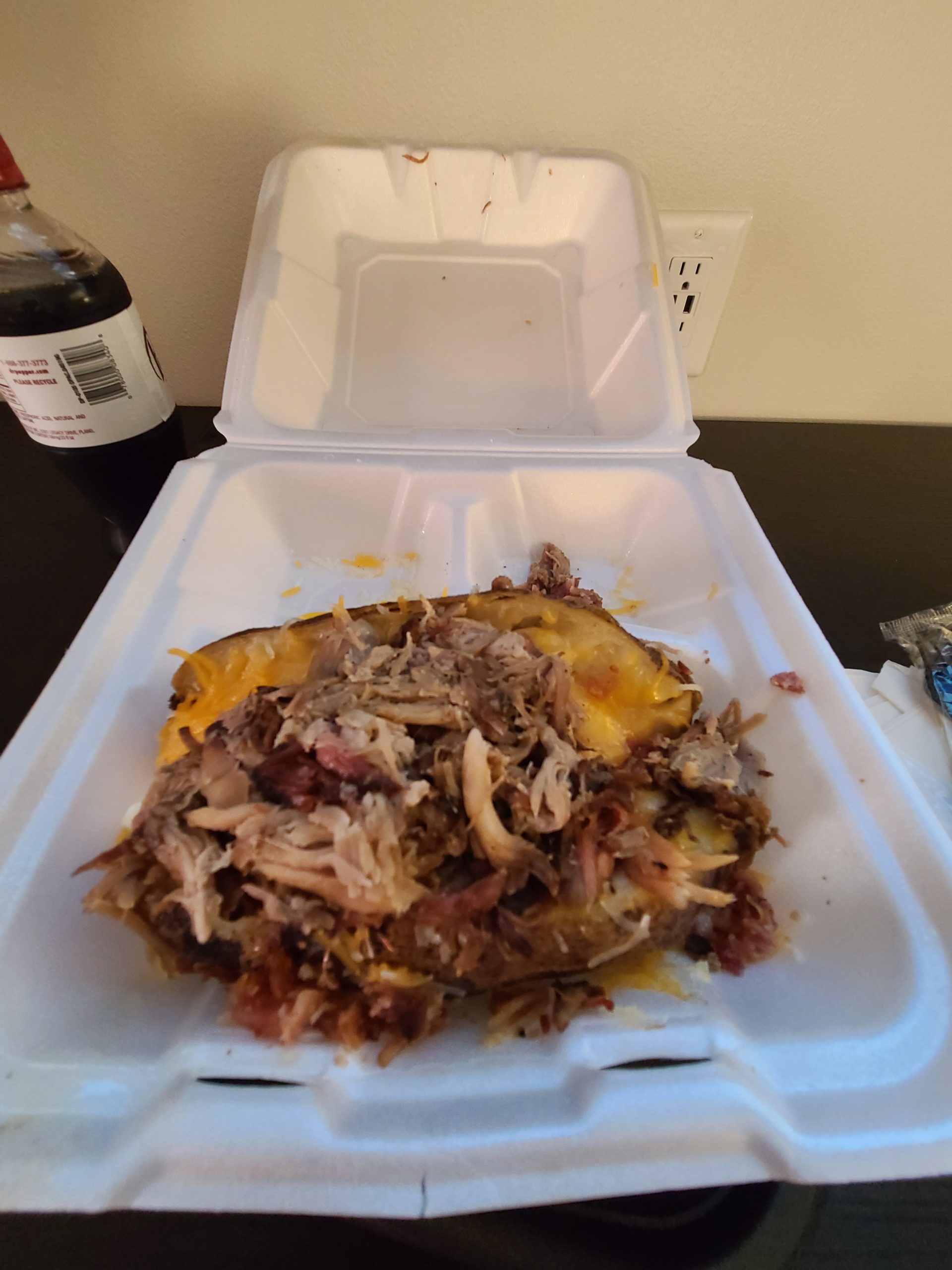 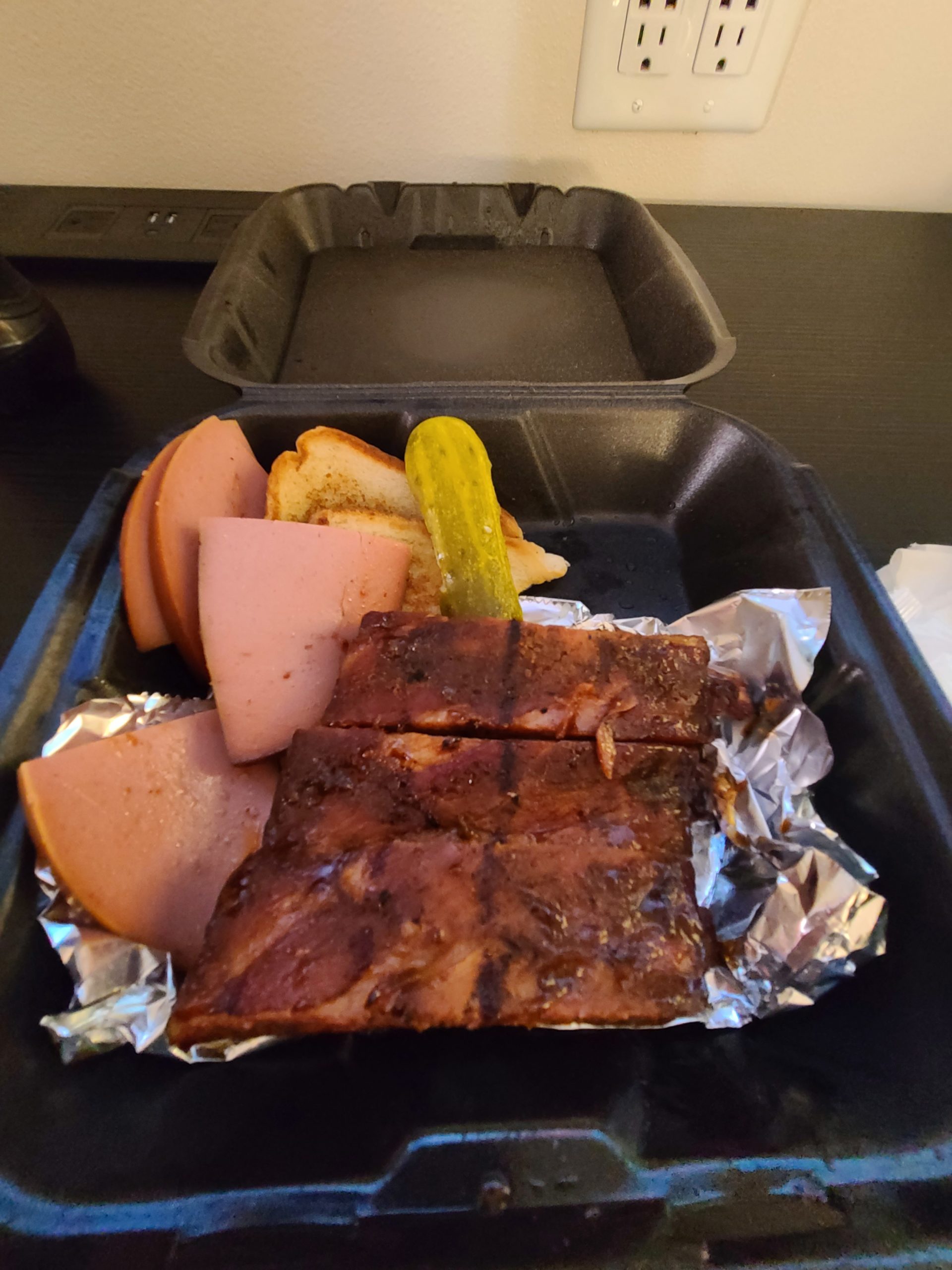 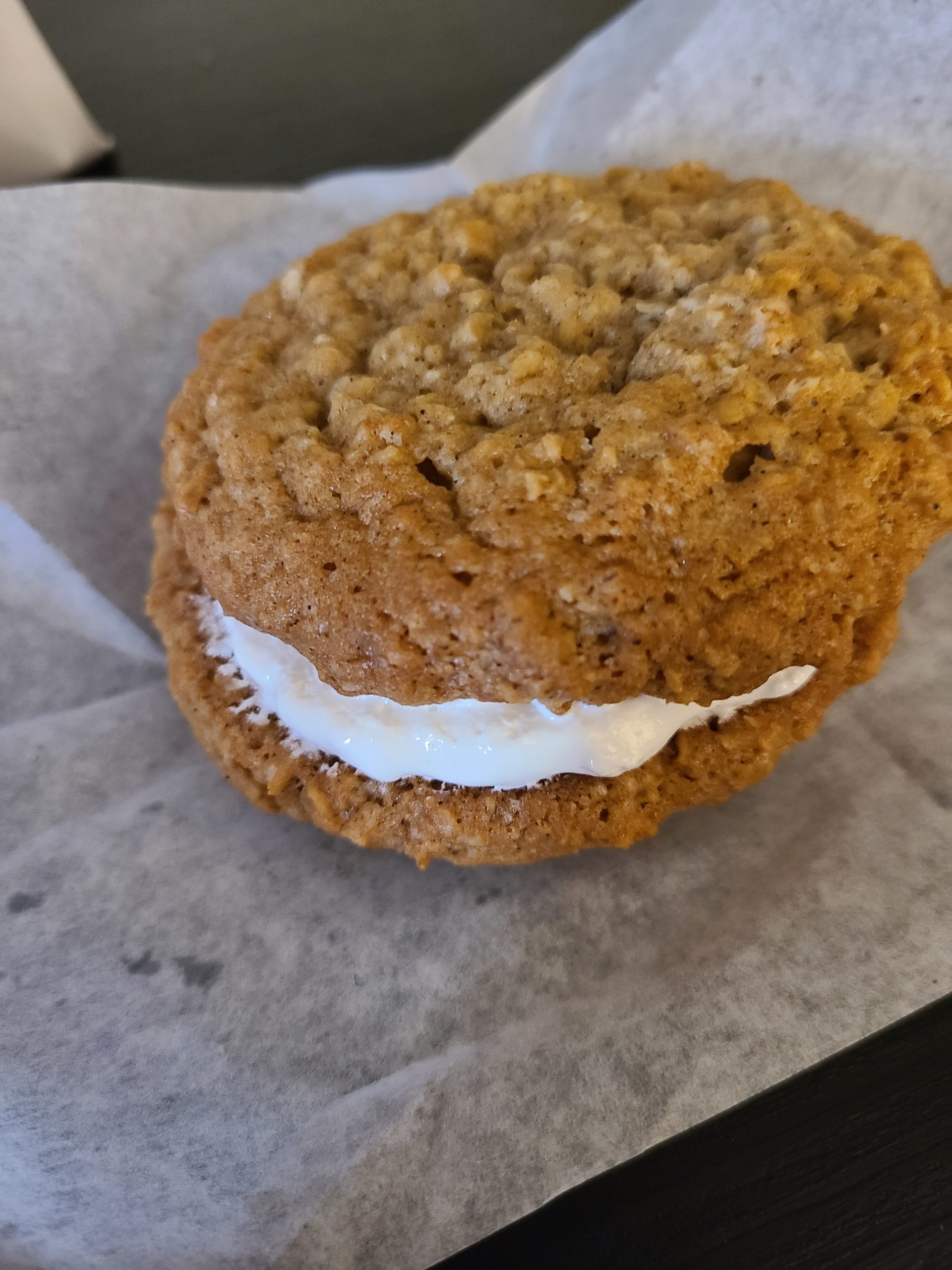 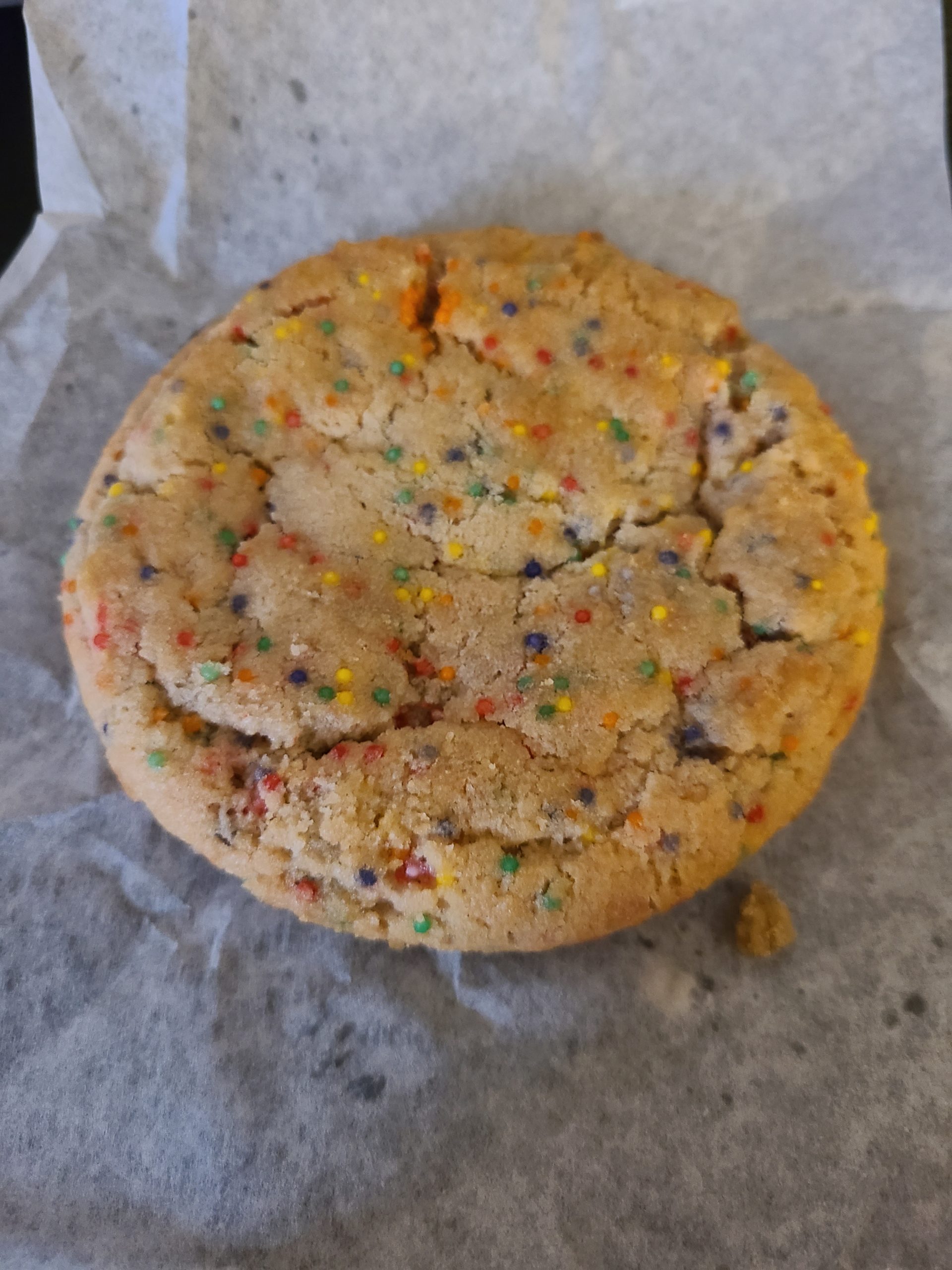 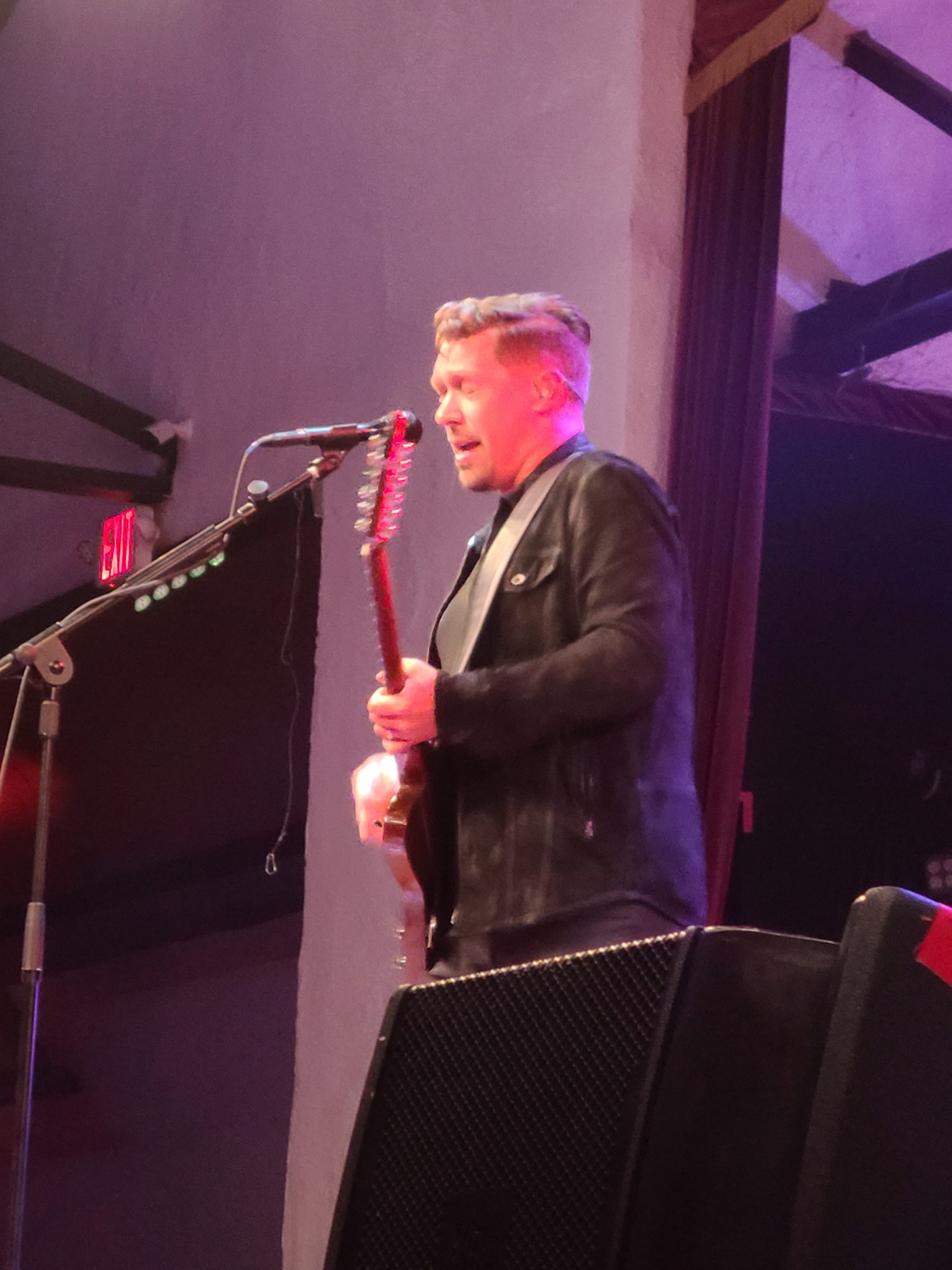 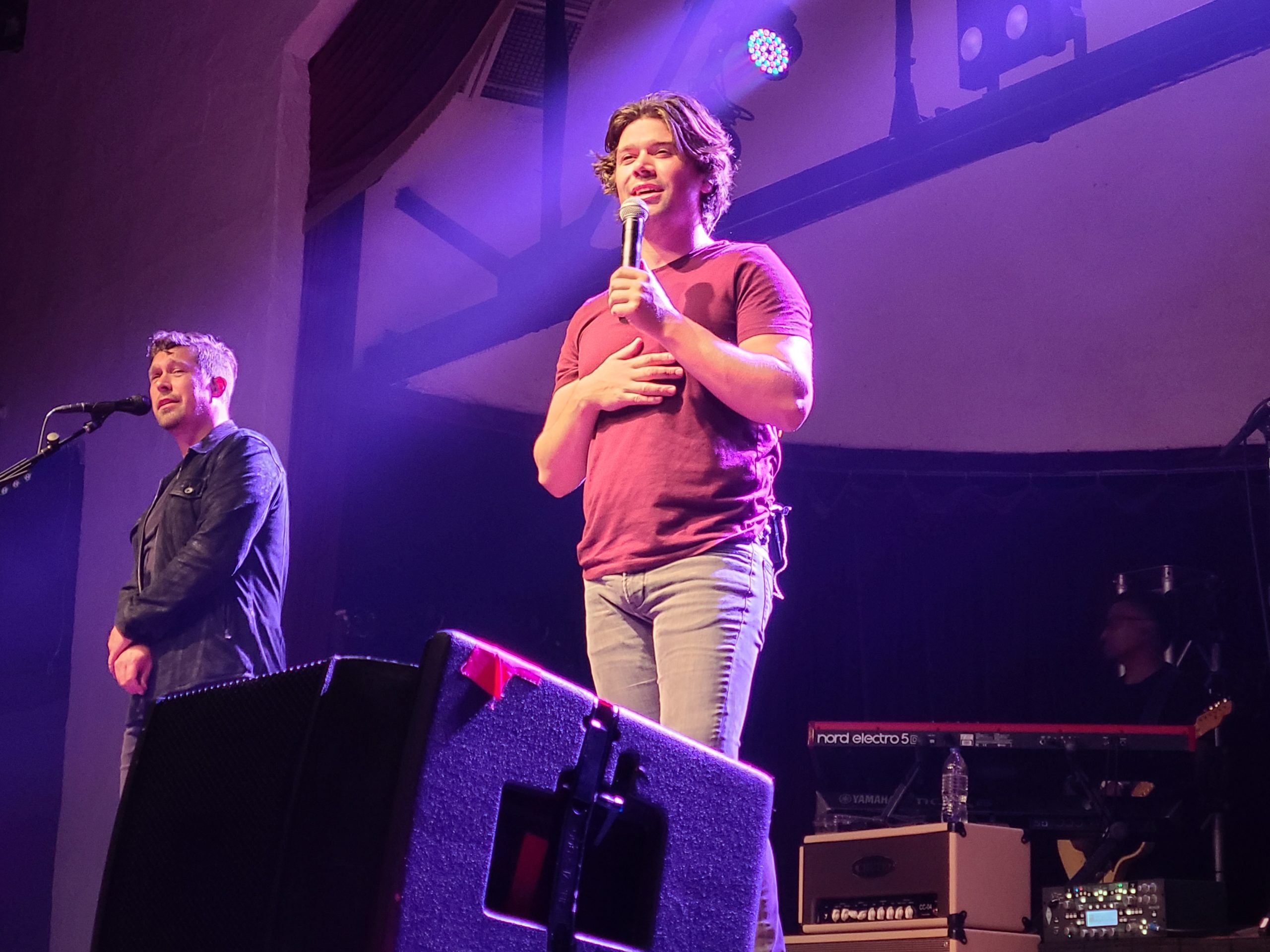 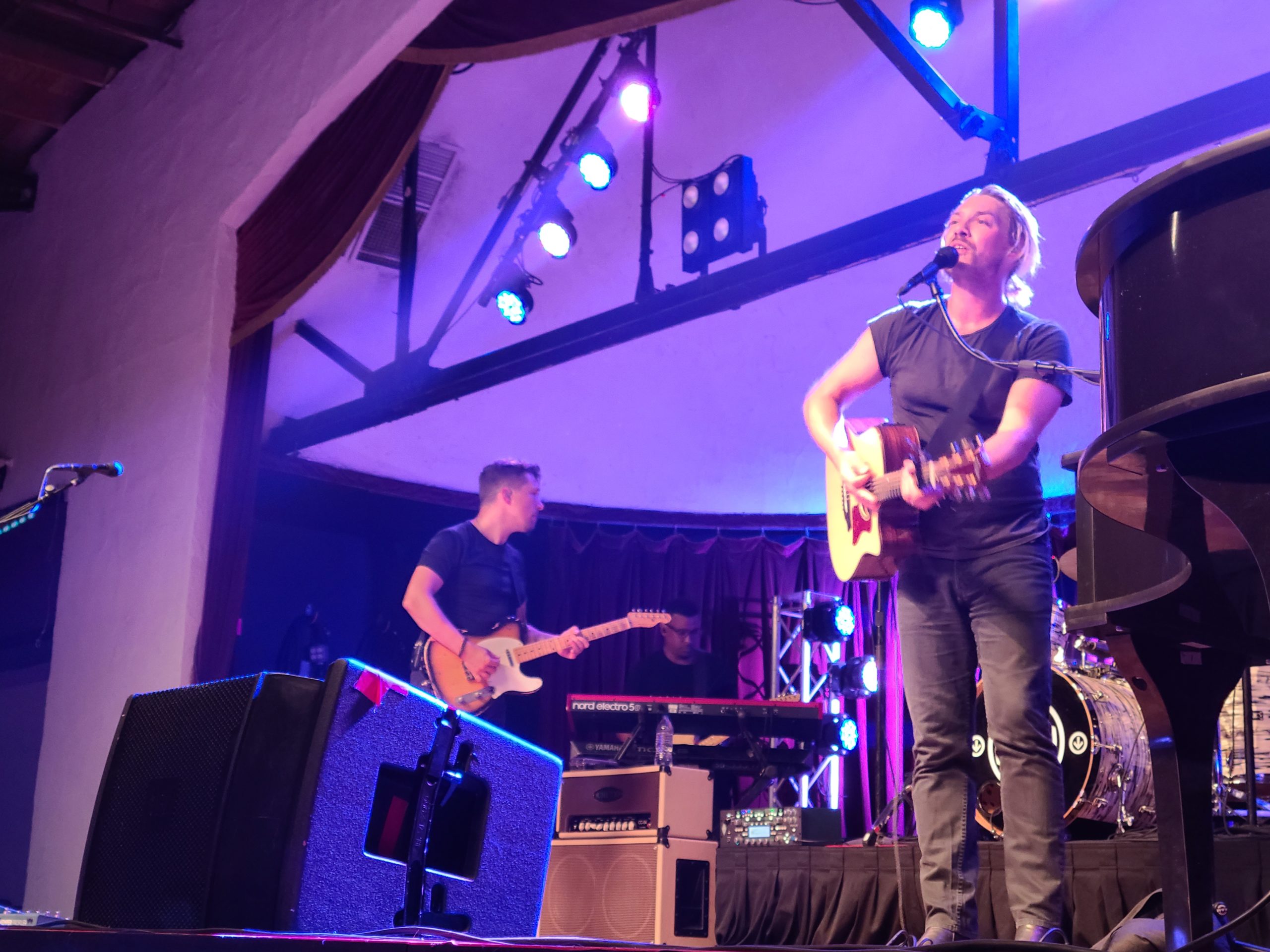 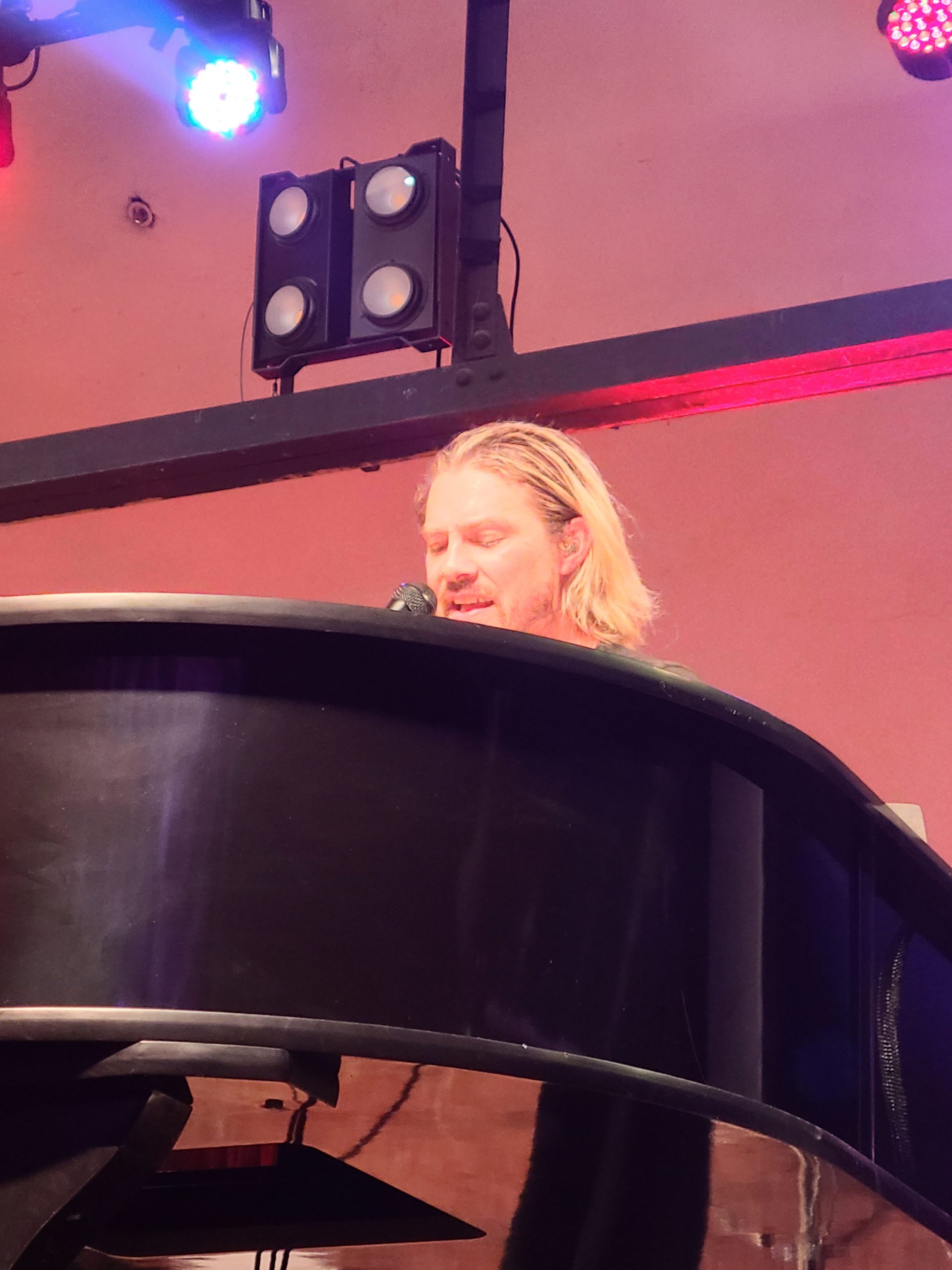 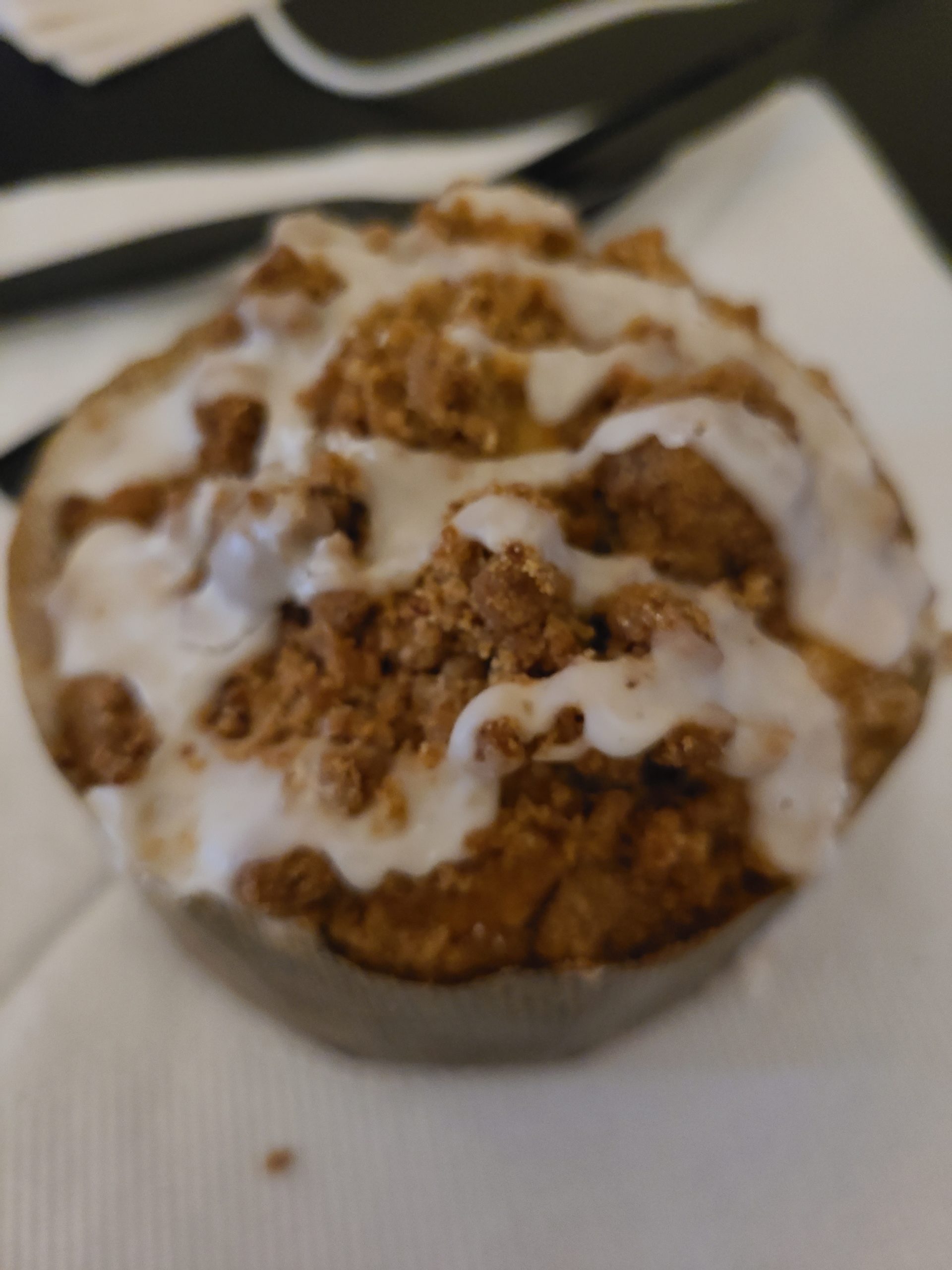 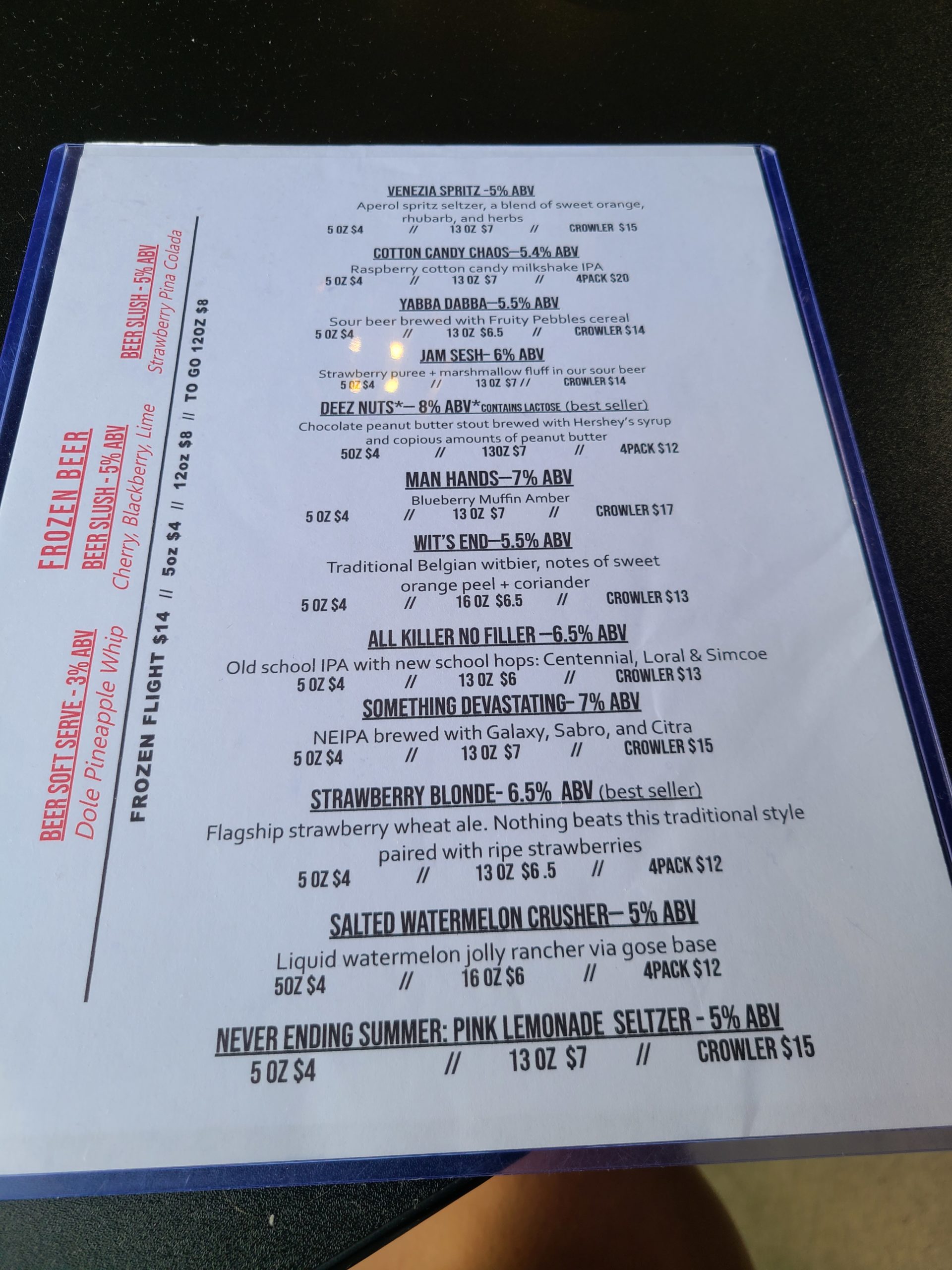 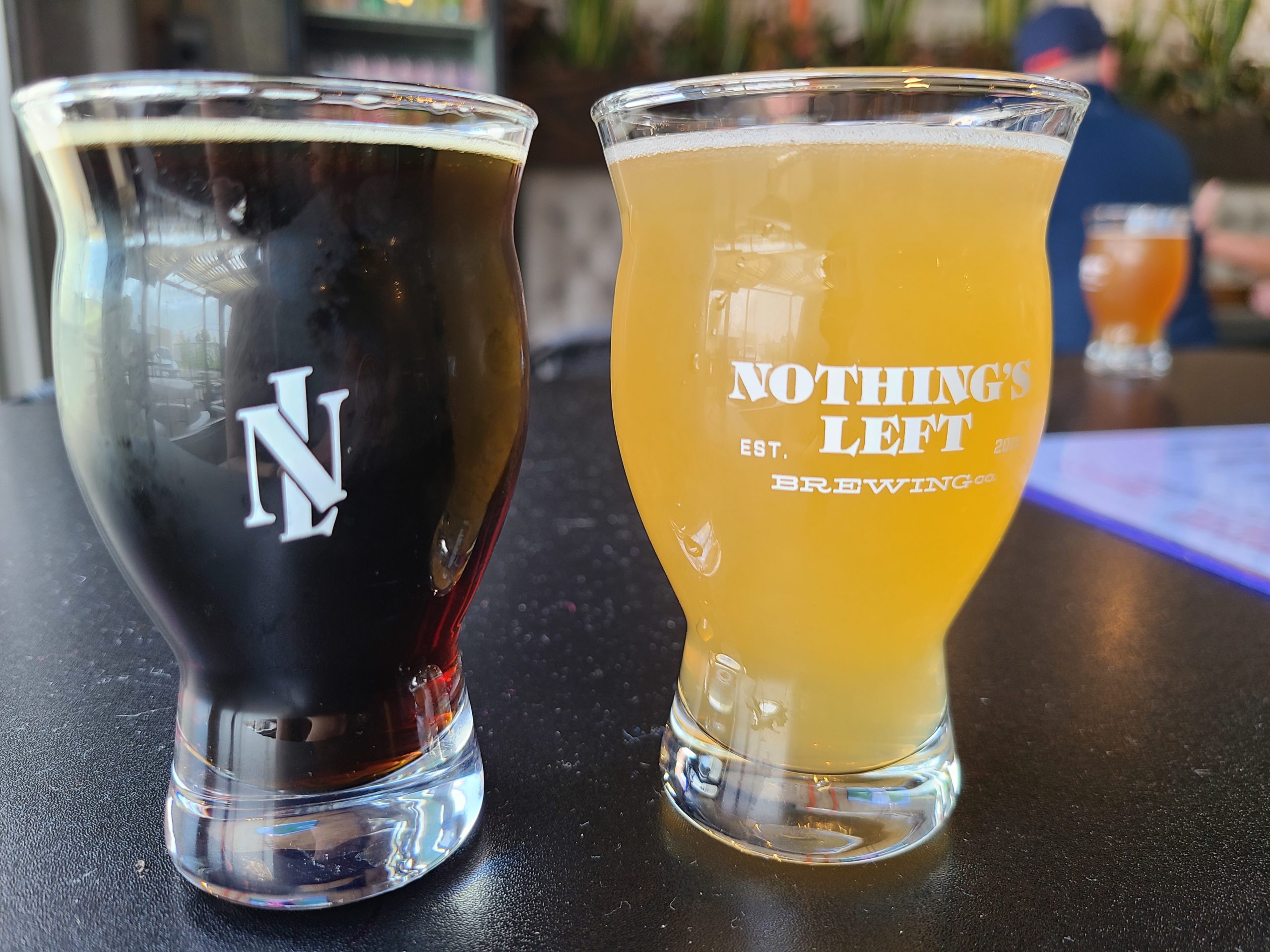 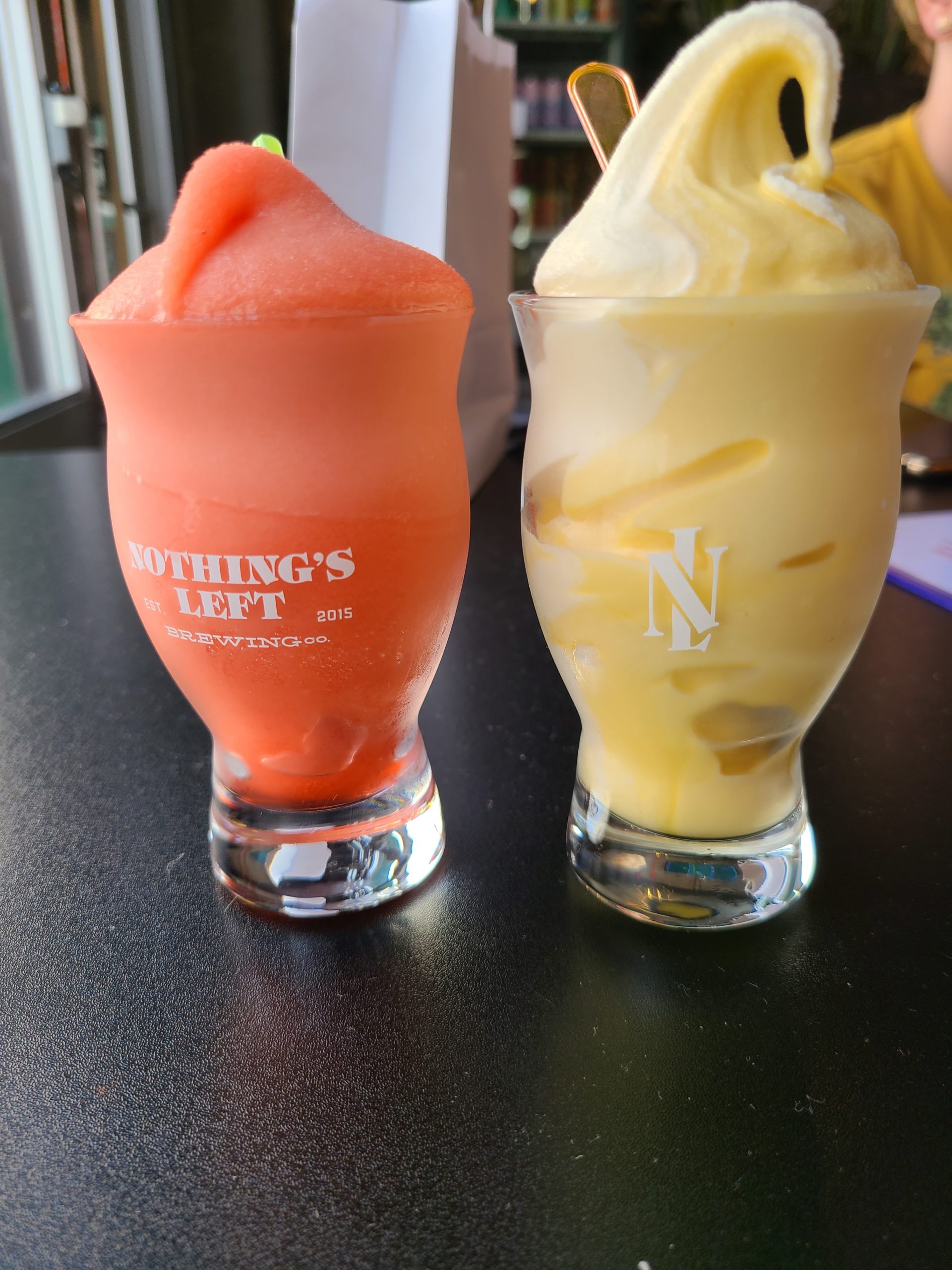 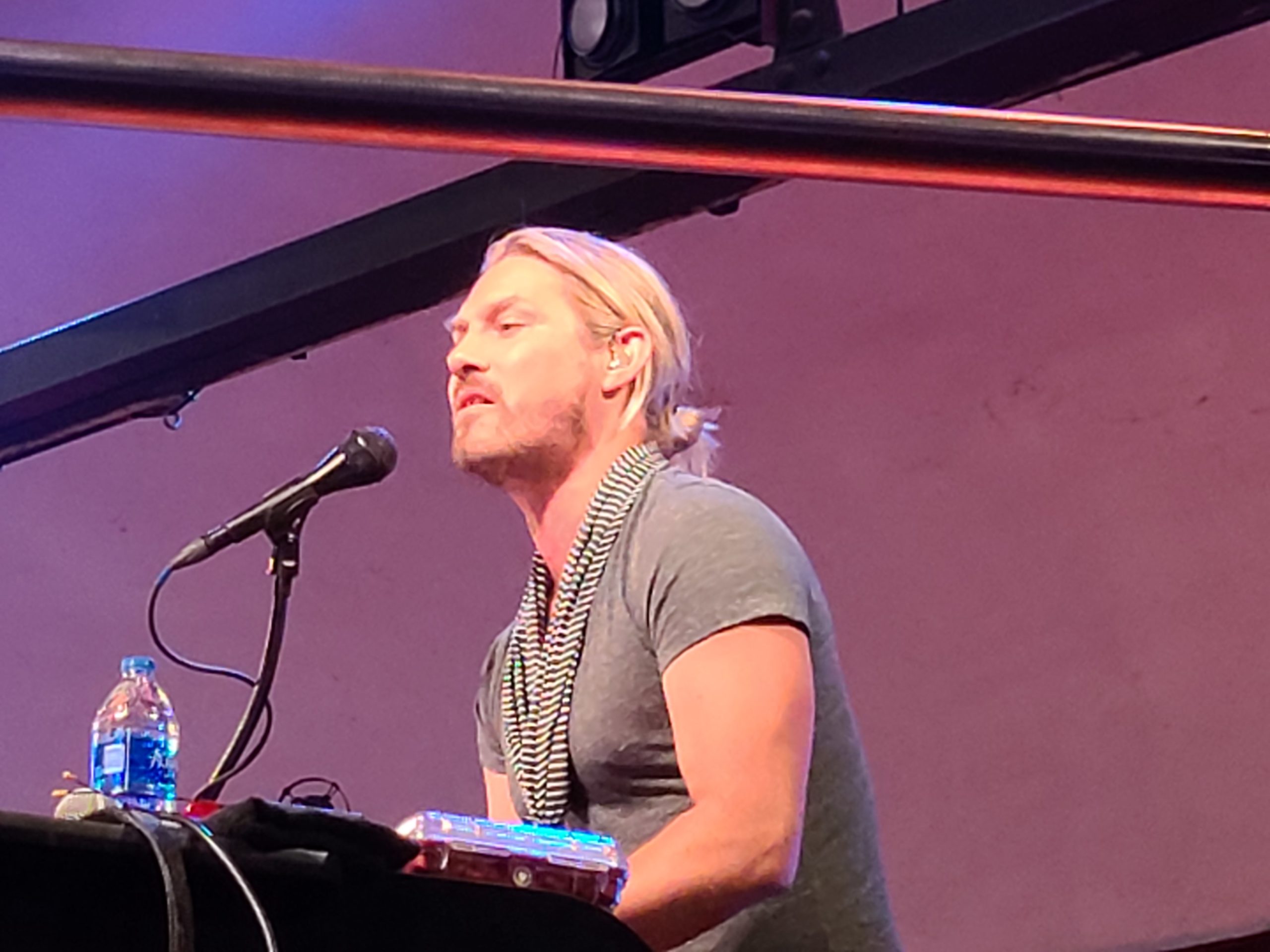 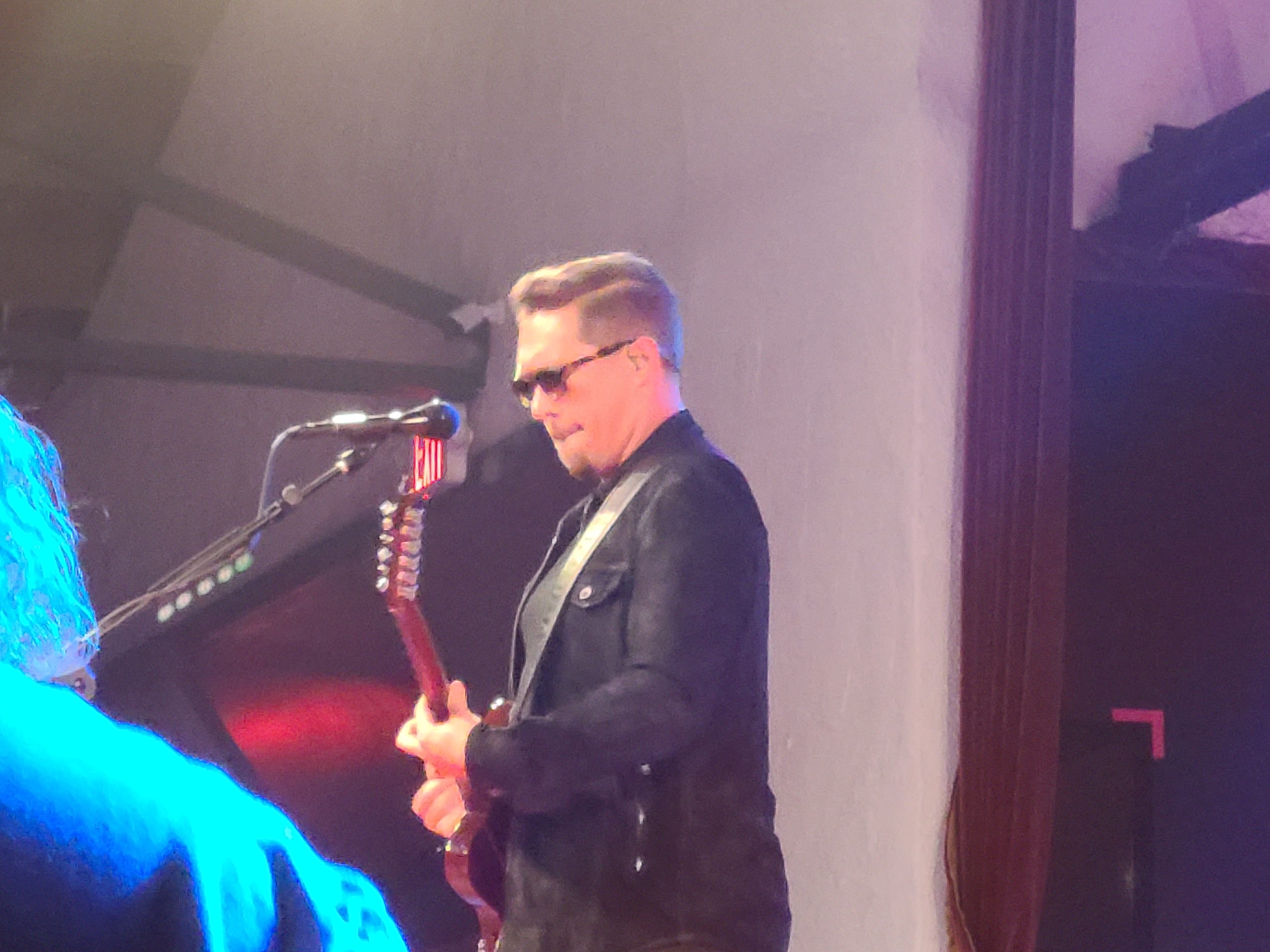 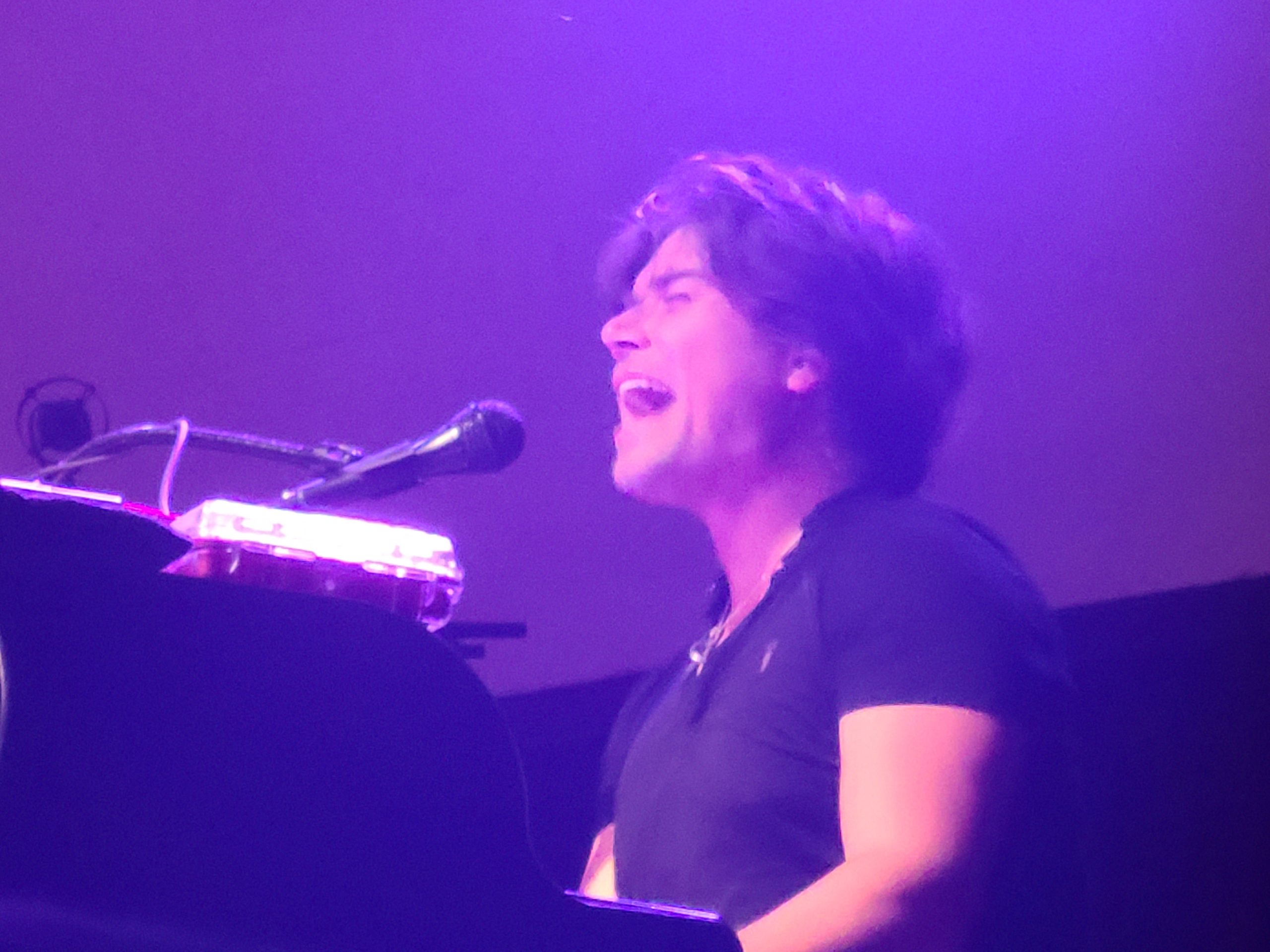 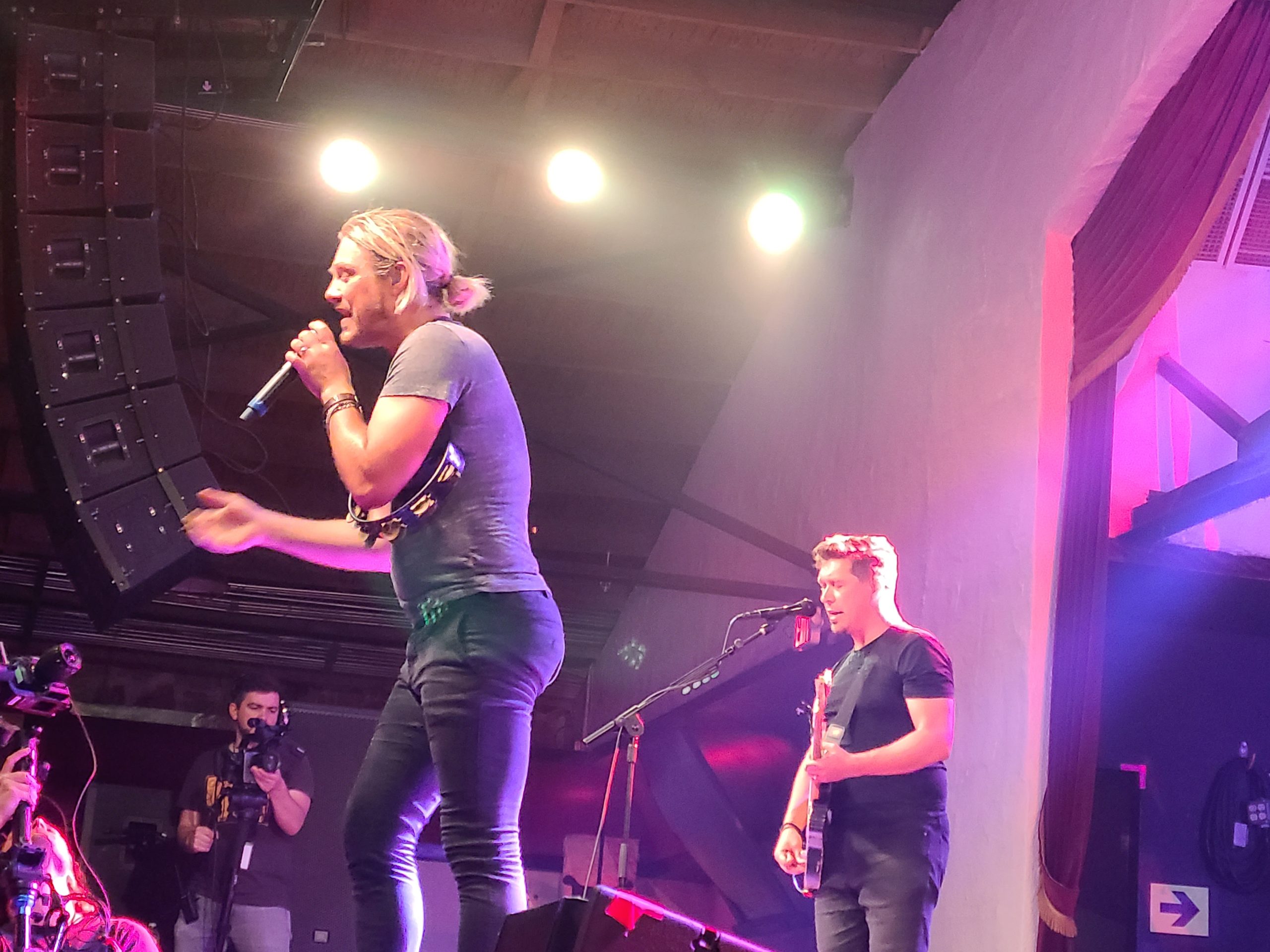 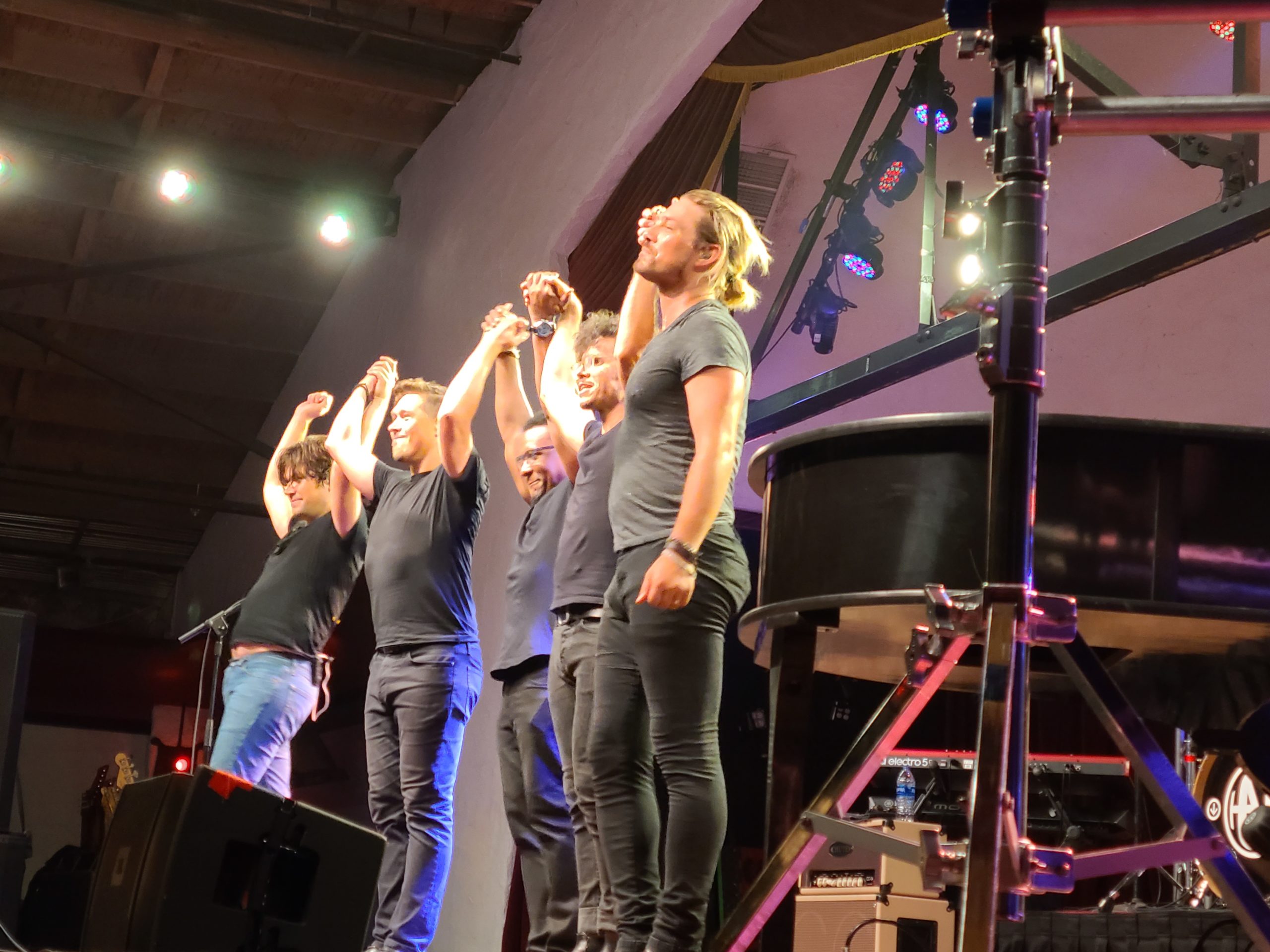 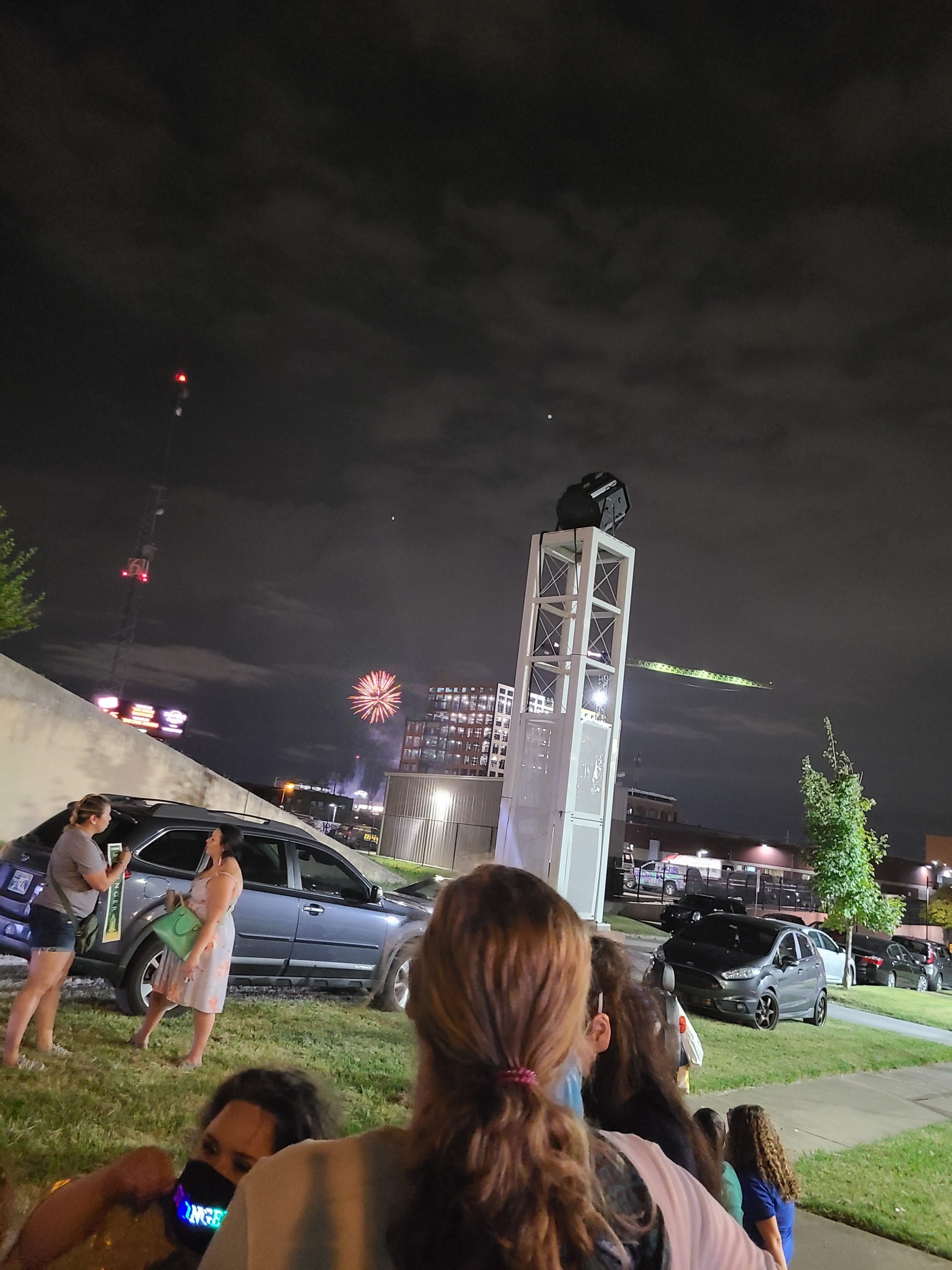 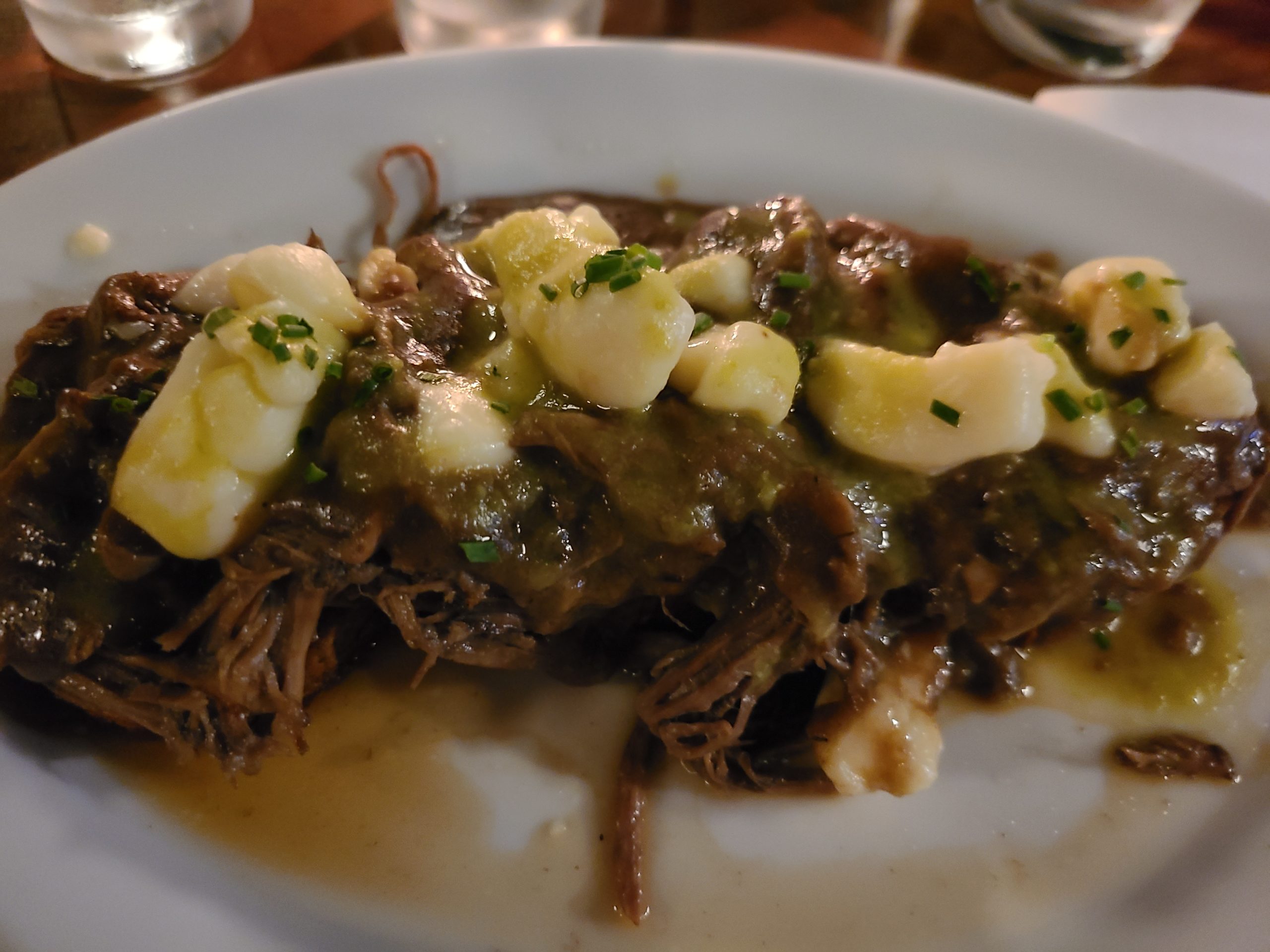 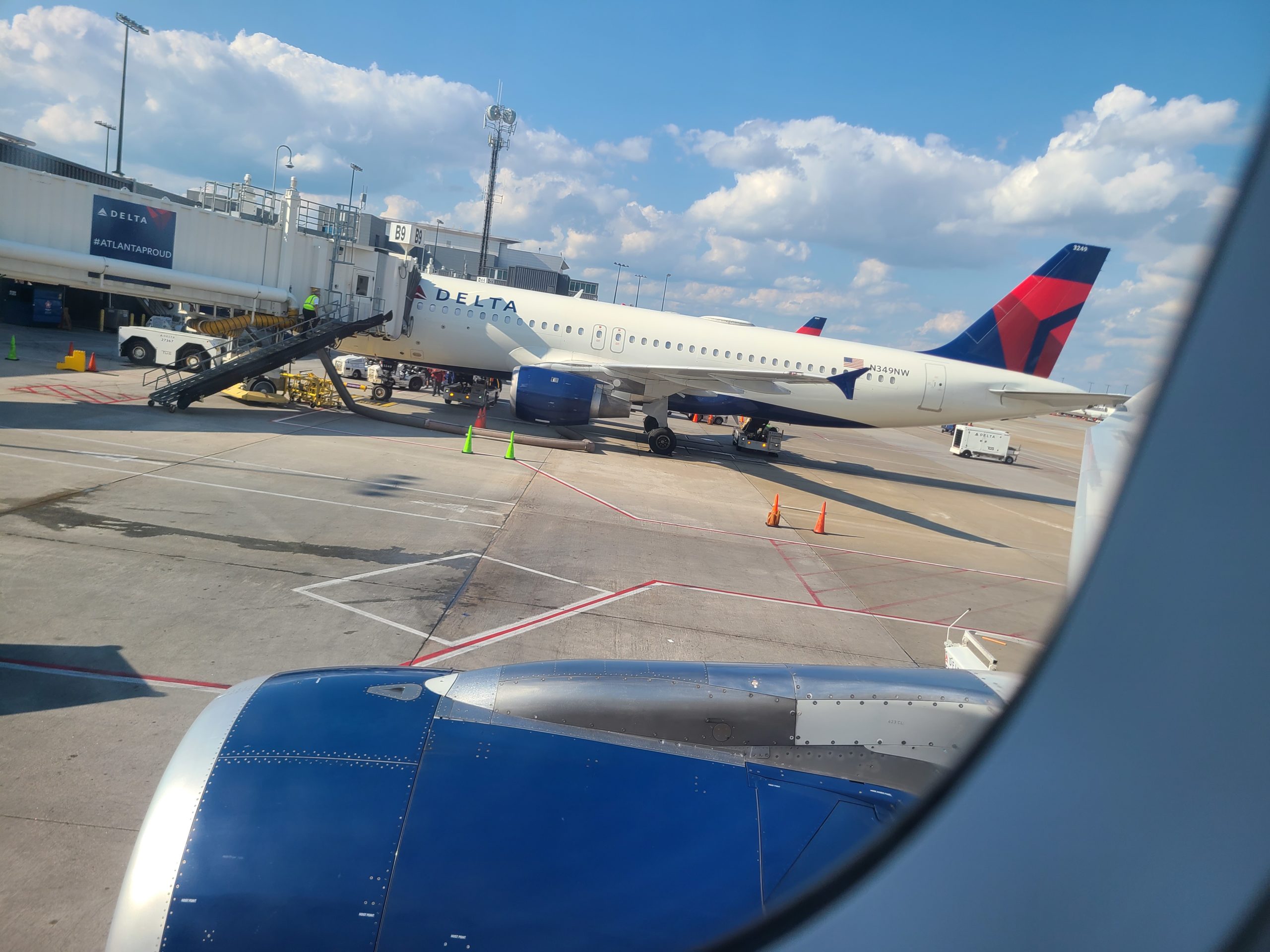 Between the excessive amounts of trips to Tulsa and the heat, Friday my only time leaving the room was to go to Antoinette’s bakery for a sack of treats.  Friday night’s show was Shout It Out and it was a pretty decent set (until it wasn’t?)  I got to hear 2 songs for the first time – Hard to Handle and the new single, Stronger, which I opted to not listen to until hearing it live.  I ended up regretting that decision slightly because it was hard to really hear/understand the lyrics and I think that it would have been better if I listened to it just once before the show.  Personally, I would have rathered skipping out Where’s the Love and Man From Milwaukee for something else a bit rarer, but it’s not my job to put the setlists together. (Yet?)  But overall it was a solid show and I had just thought to myself that morning they hadn’t played “I Was Born” in what seemed like a while so I was happy it made it into the set. They did skip 1 song from Shout It Out – Zac’s “Use Me Up”.

Saturday afternoon we decided to check out Nothing’s Left, a brewery that has beer slushies.  I tried a Cotton Candy Chaos IPA which was too bitter for my liking and Deez Nuts Stout which was peanut butter / chocolate and soooo good. I also tried the dole whip soft serve – totally worth the trip right there – but the Strawberry Pina Colada slush I didn’t particularly like as it tasted “too beer-y”.

Night 2 was the Anthem show.  I was really looking forward to hearing Lost Without You as full band and not a Taylor solo, and I was able to get my wish. This set didn’t have anything I hadn’t heard before, but I was able to go into hearing Stronger again with having watched the video and heard the studio version and was able to appreciate it more.  Before Isaac’s solo, he talked a bit about how he is fans of his brothers.

“So Zac said, oh, you can’t stop us is a hard one to follow. I will go with that’s harder to follow [Zac’s solo]. So I’m going to say something that is, well, I’m going to say what I was thinking. So, one of the coolest things about being in this band is being able to be a fan of the people you are on stage with. I am a big fan of songs that Taylor brings to the table and helps us be a part of in some way or another. Sometimes it’s just little things and sometimes it’s lots of things. But it’s really fun. The same for Zac. When he sits down and goes, here’s this idea and it just wrecks me and I go, well that lyric is brutal and beautiful and important and I love it. So I feel lucky to be in a band with guys that I can be big fans of. So hopefully they feel the same way. No pressure. haha”

I would have liked if they stuck to the setlist and did Tonight as the encore, but it is what it is.  (Friday night I watched them change the setlist out on stage 2 times, so there were 3 versions, it seems like they weren’t really able to make up their minds on what to play and I’m very curious to know what else might have been swapped out!) I also didn’t even realize they had completely skipped Tragic Symphony and Annalie until some fans were talking about it after the show!

After the show we waited for the guys to come out and my friend had gotten me a setlist so I was able to get that signed.  It was very, very pushy and I didn’t feel stable enough to try and get any photos with the guys this time.

Sunday I had a 3 hour layover in Atlanta and when I got through TSA in Tulsa they pulled my backpack, apparently the croissant from the bakery I hadn’t yet eaten and decided to bring home with me was suspicious. After landing in ATL I needed to get to A18, by the time I reached A18 it got changed to A33 which was nearly the last one in the hallway… and then found out nope, I actually needed to be at B7.  Good thing I had such a long layover!  Things were much calmer on the way home as well and I made it back to my house by 9:30pm instead of my usual 1am.

I have a lot more concerts coming up this month and then another trip to Tulsa at the end of the month… I’m going to be exhausted…  I don’t know how I used to do this constantly!