December 31, 2020 by ConcertKatie No Comments 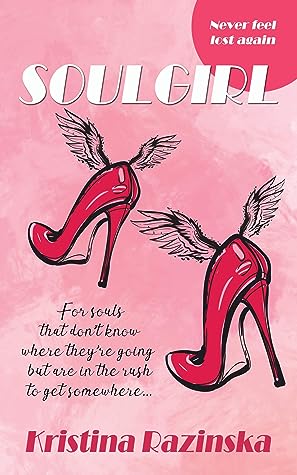 Soul Girl drew me in with its tagline, “For souls that don’t know where they’re going but are in the rush to get somewhere…”  I sometimes feel like I have no future, I have no realistic 5-year plan and I have no idea where I’m going but I could say that I might be in a rush to get there.  The author, Kristina, early in the book pointed out “you are not alone, not now, not ever.” and while it may seem like I am the only one with these struggles, I very clearly am not because if I was – Kristina wouldn’t have gone through this as well and she would have had no reason to write this book to help out the rest of us!
A lot of these self-help books are “this is what I did, and you can do it too”, but Kristina notes that her Mom taught her independence and how to be self sufficient when she was a child and she sent her to buy the crayons she needed for school.  Yes, Kristina tells us what she did, but in addition to that she asks the readers questions to figure out things for themselves.  Much like her Mom and the crayons, Kristina is teaching us to think about ourselves positively and find our strengths that will ultimately lead us to being self sufficient for ourselves in a way that we need it, even if that may be different than what Kristina needed for her life. Another quote that resonated with me was “if I could travel alone, I could do anything in the world.” and while it may not be possible for everyone, I did find traveling alone does have a sort of liberating feel to it. You don’t have to make plans based on what everyone else wants to do, you can sleep late if you want and no one will be groaning at your for missing out on time sightseeing. You do what you want when you want and that’s an empowering thing.

If you are looking to look deeper inside your soul and find out more about yourself, then I think you should give Soul Girl a read.

I received an e-copy of this book in order to write a review for Reedsy Discovery!

Soulgirl is a gentle and empowering self-help book written memoir style for girls who won’t settle for second best.

If you’re running from place to place, relationship to relationship, in the hope of finding a home and peace for your heart, and in search of bringing real meaning to your life, then Soul Girl has so much to share.

You see, the author was one of those girls whose outward life was packed with adventures, parties, trips, education abroad– none of which she was born into– and it was fun while it lasted. But she’s been always haunted by a feeling of not quite belonging, of being lost, of not knowing where she was heading inwardly.
While living in six different countries she realized something– the more places she moved to, the more bridges she burned, and the more disconnected she felt within.

Over the past two years everything’s changed. She’s stopped searching for answers and permissions outside herself. This is her story. She hopes it will inspire you too.

With this year being so weird for concerts, I started to keep track of virtual shows I went to, which I typically didn’t do in years past.  (I’ll continue to keep track in 2021 as well until things hopefully get back to normal, then I’ll stop including them as they will hopefully go back to being few and far between again.)  I was surprised to see that I had spent almost $600 on virtual concert tickets this year – especially when I was doing “pay what you can” on StageIt and paying $5-$10 there.  But I did go to quite a few – a number that made a bit more sense to me for a total for a year – 37. (So 52 for the year, which is about average for me when you add on in person) Including virtual concerts also helps me keep my streak alive of 1 concert per month – which started in January of 2009.

Most expensive show: Stephen Kellogg + M&G was about $55 [it was supposed to be in person when I bought tickets, but switched to virtual]

Least (not free) expensive show: I did a few “pay what you can” tickets to StageIt for $5

Free shows: I only did a couple free streams this year – Kris Allen and Stephen Kellogg (x2?)

# artists seen: 37
# unique artists seen: 5, but no one new.
# shows seen in CT: Technically all were most likely from my bed
# of shows out of state: None (Though I did watch the Hanson stream repeats in OK, I don’t have those listed in my spreadsheet as I was there in person, too.)

Top 6 shows of the year? Very hard to rank these.

First show with actual tickets: None

Most surprising show? It was surprising how much I ended up enjoying all of  them, honestly. And I really liked when the setlists were themed.

States attended shows in? All CT. In bed.

Venue most visited? My bed.

Band seen the most? Since I seemed to see the same guys over and over let’s break it down:

Best new discovery? I mostly stuck with what I knew this year

Bands seen this year that also broke up this year? None

Friends made at shows? The floppy bunny that lives in my bed.

Band members met? I did 1 zoom M&G with Stephen Kellogg – I had bought M&G thinking it would be in person but they did pretty well converting everything to virtual.

Best souvenir from a show? None

Longest time in line? None

Shows seen from the barricade [front row]– Technically all, I guess.

Most shows in one month?

Most shows in one week? Probably some of the April shows

Biggest crowd? I have no idea, for me they were all crowd of 1

Any drunk encounters? Definitely not! lol one major perk to watching by yourself from the safety of your own bed. 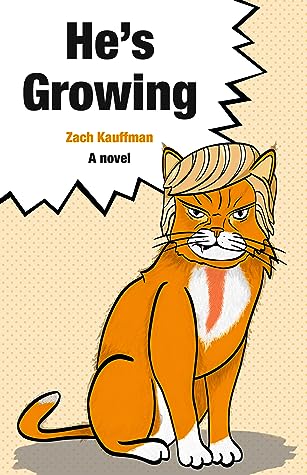 He’s growing is a fable about a clever, orange tomcat.  A fable is a short story that typically has animals as the characters, conveying a moral.  This book follows this orange tomcat who ends up hungry and decides it may be in his best interest to find a family who will take him in and feed him as it has gotten harder and harder for him to forage for food out on his own.  Every few chapters, the cat grows larger – starting as a house cat, then a Main Coon, a lynx, a leopard, a cougar and finally he is nearly as big as a lion!  The family that takes him in is made up of a mother and father and their 2 children, a daughter and a son.  We never learn the families names but each of the family members feels differently about the cat moving into their home, especially since they just lost the family dog not too long ago.  They seem to come across as more of “dog people” than “cat people”, but have offered up their home to this cat.  The bigger he gets, the more annoyed the mother seems to get with him.  Then the cat figures out how to talk to the family and the mother ends up even more annoyed while the rest of the family are all enamored with him.

I had an idea of this book from the start based on the cover, but it took quite some time for me to realize if I was right or not in my assumptions. I don’t want to give too much away – but if you think the cover is giving something away, you’ll want to stick with the book for a while.  As I am not a “cat person” it was hard to really get into a book where the main character was a cat – and a not so nice cat, at that.  It took a while for this book to really get rolling for me, and once it did, it was nearly over.  I could have done with less back story I guess, and more action!

If you’re a cat person though, you’ll probably enjoy the inner workings of this cat and his thought process. You’ll enjoy it more if you’re not a fan of who you think you might see on the cover.

I received a free e-copy of this book from Reedsy Discovery.

A modern fable, “He’s Growing” tells the story of a clever, orange tomcat who ingratiates his way into an innocent family, getting bigger and bigger. Once he learns how to talk, there’s no telling where he’ll stop.