September 17, 2020 by ConcertKatie No Comments 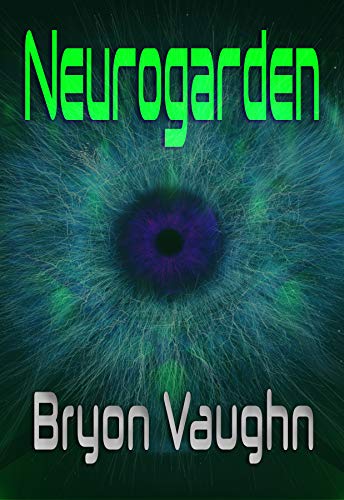 Brenna Patrick is a genius, but when video gets leaked from one of her projects at NeuralTech, the media begins speculating just what is going on behind the closed doors there. As part of her Master’s Capstone, Jenny Mercado is supposed to give a presentation to Brenna and her team. She decides instead to go off the cuff and tell them what they need to do to stay on top of the viral video and keep the posts in their favor. Jenny’s classmate and maybe boyfriend, Leo Martino, is also there for the presentation and doesn’t seem too pleased that Jenny went off script. But Jenny ends up getting offered an internship at NeuralTech from Brenna. This ends up getting Jenny and Leo in the door to a big presentation that Brenna is giving on what their technology can do (along with creating more videos to “leak” before the wild ‘what ifs’ take over).

This story moves fast and it is a tech thriller through and through from the very beginning. I have been looking for a really good tech thriller that grabbed me and was pretty excited to see that this book seems to be the first in a series. Generally I don’t like to dive into a series when I am not sure when subsequent books may be available, but while the end did leave things open ended, it also satisfied me enough that it wasn’t a giant cliffhanger and I have to dive into more right away. And while everything is based in tech, it is not overly complicated and anyone should be able to jump on this roller coaster of a book even with no technical background whatsoever. The book will keep you on your toes and you probably won’t be able to guess what will happen next – shocking twists and turns are everywhere in this thriller!

I received a free e-copy of this book to review for Reedsy Discovery!

Brenna Patrick is a brilliant technologist specializing in neural-cognitive functions and AI. She has cracked the code to solve one of the most troublesome problems in the field, and turned that into the multi-billion dollar NeuralTech Corporation.

Working quietly with the U.S. Department of Defense, NeuralTech is poised to leapfrog the competition with a revolutionary system for tracking people, starting with the world’s most wanted terrorists. But there are only so many terrorists in the world, so who’s next?

When a pair of Columbia graduate students, Jenny and Leo, stumble on the dark secret of NeuralTech’s success, it kicks off a tense game of cat and mouse. As they fight to defeat the powerful forces arrayed against them, nothing less than the fate of humanity hangs in the balance…

NEUROGARDEN is a roller-coaster ride of a thriller, one that will have readers pondering the nature of memory, and of reality, long after they’ve read the last page.