August 6, 2020 by ConcertKatie No Comments 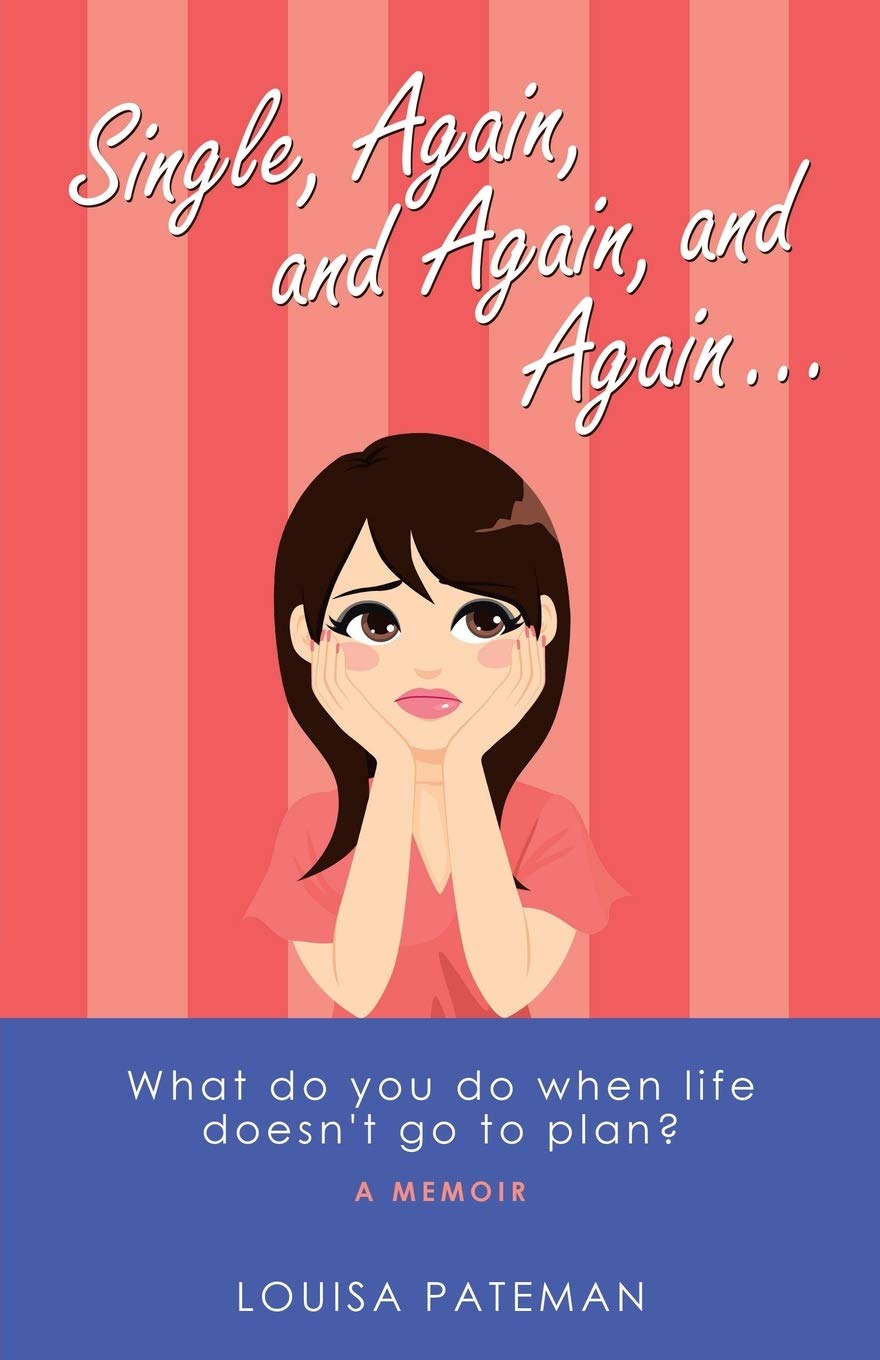 Single Again, and Again, and Again tells the story of Louisa Pateman (though this is a pen name to protect her identity) and her quest to find “the one”, get married, have a couple of kids by the time she is 30 and live happily ever after. Seems pretty reasonable, right? I think most of us have a similar plan even if we don’t actually have it written down. Louisa is pretty independent and quite the world traveler. When she isn’t traveling and having jobs in various countries, she is trying to have a relationship. She’s tried living with the guys, she’s tried the long distance thing, for whatever reason none of the relationships seem to work out for her long term. As her 30th birthday approaches and then passes, she finds herself reworking the timeline on her life plan. Eventually at 36 or 37 she ends up taking things into her own hands to try and make sure she can have her happily ever after.

I was looking forward to reading this book because I have also found myself ending up single again, and again, and again. While I didn’t have any plans to be married with a family by 30, this isn’t quite the plan I had for my life either. It was nice to commiserate with someone else and see what strange things the guys she tried to date ended up doing in comparison to some of my horror stories. (I think her “Towel Guy” wins, though. Yikes.) While I commend her for the decision she ended up making (I won’t say what since that is probably going to count as a spoiler) it would not be the decision I would make for myself but I am happy that things worked out for her.

For any other girl out there whose love life isn’t quite going according to how they planned it – you are not alone! Hopefully reading this book will show you that and also help you laugh and think about things a bit differently.

I received this book from Reedsy Discovery in order to write this review!

Do you feel like you will never find the one? Are you sick of failed relationships? And are you fed up with friends and family telling you to settle down before it’s too late? Well, you’re not alone. Single, Again, and Again, and Again… tells the story of Louisa Pateman’s quest to find her happily ever after. Diligently, she spent decades trying to fulfil her life plan; the path set by society—find her soulmate, get married and have children—but things didn’t exactly go to plan… Through boyfriends and breakups, she found herself single in her mid-thirties wondering where she went wrong. Feeling disappointed and defeated, she had to reassess her priorities and play the cards she was dealt. Finding inner courage, she discovered ways to create extraordinary life experiences despite her perceived failures.