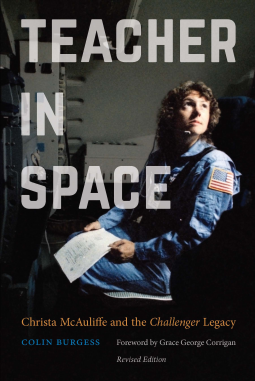 Teacher In Space is about teacher Christa McAuliffe who got the chance to ride in the Space Shuttle Challenger – that was supposed to be heading into space but unfortunately never made it back in 1986.  The forward was written by her mother, who has since also passed.  Christa was from New England – spending time in Boston as well as Concord.  She was selected out of many finalists as the one chosen for President Reagan’s “Teacher in Space” program.  Unfortunately due to problems with an O-ring, the shuttle exploded.  I was too young to remember this happening, but had heard a lot about Christa growing up and remember a trip to the Discovery Center named after her in Concord on a trip to visit my Uncle who lived there when I was a kid.  The book also includes a bunch of photos in the middle, all the prep that went into getting ready to board a space shuttle.  While this event was tragic, I thought this book really did Christa, her life and her love of teaching a great service.

On January 28, 1986, NASA space shuttle orbiter Challenger lifted off into the clear blue skies over Florida on mission STS-51L, carrying a crew of seven, including teacher Christa McAuliffe. Just seventy-three seconds into the launch, a massive explosion tore Challenger apart. This newly revised edition of Teacher in Space tells the story of how McAuliffe graduated from her role as a much-loved high school teacher to occupying a seat on the veteran orbiter’s tenth and last flight into space.

McAuliffe’s dream was to carry out science projects while in orbit around the earth that were to be telecast live to school students across the United States. Her dream came to a sudden and tragic end that terrible day. Nevertheless, that ambition to educate from space remained an inspiration to many and, in her name and those of the Challenger crew, manifested itself in the establishment of hundreds of youth education programs and institutes of learning across America and around the world.

Teacher in Space is a remarkable story of renewed faith, cooperation, and hope for the future and of a dedicated and much-loved teacher who came to symbolize the best of human achievement.