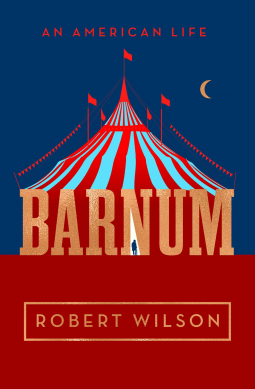 Barnum: An American Life is all about one of my favorite people, PT Barnum.  Barnum is from CT and one of his museums is in downtown Bridgeport and I love the building so much it was often subject of my photo class projects and we even have a poster of it hanging in the house.  This book goes into a lot of depth about his life. He also had a museum on Broadway in NY and was a bit of a trickster to try and get money from people.  One of his exhibits was the “Feejee Mermaid” and the story of it essentially starts this book. It was a 161 year old mermaid!   He had all sorts of acts that he would have at his museum to try and get people to tour it.  He ended up meeting Charles who became General Tom Thumb, another CT resident.  It was also interesting to hear about how Barnum was buying real estate with a friend – Noble – Barnum and Noble are still streets to this day in Bridgeport.  A long book,  a fascinating life, and lots of fires.

P.T. Barnum is the greatest showman the world has ever seen. As a creator of the Barnum & Baily Circus and a champion of wonder, joy, trickery, and “humbug,” he was the founding father of American entertainment—and as Robert Wilson argues, one of the most important figures in American history.

Nearly 125 years after his death, the name P.T. Barnum still inspires wonder. Robert Wilson’s vivid new biography captures the full genius, infamy, and allure of the ebullient showman, who, from birth to death, repeatedly reinvented himself. He learned as a young man how to wow crowds, and built a fortune that placed him among the first millionaires in the United States. He also suffered tragedy, bankruptcy, and fires that destroyed his life’s work, yet willed himself to recover and succeed again. As an entertainer, Barnum courted controversy throughout his life—yet he was also a man of strong convictions, guided in his work not by a desire to deceive, but an eagerness to thrill and bring joy to his audiences. He almost certainly never uttered the infamous line, “There’s a sucker born every minute,” instead taking pride in giving crowds their money’s worth and more.

Robert Wilson, editor of The American Scholar, tells a gripping story in Barnum, one that’s imbued with the same buoyant spirit as the man himself. In this “engaging, insightful, and richly researched new biography” (New York Journal of Books), Wilson adeptly makes the case for P.T. Barnum’s place among the icons of American history, as a figure who represented, and indeed created, a distinctly American sense of optimism, industriousness, humor, and relentless energy.