Carrie Underwood announced that she’d be doing a book tour to go along with her new book, “Find Your Path” and one of the stops on the tour was in Connecticut!  Since I was a fanclub member after her playing Foxwoods this fall, that meant I got to get the first crack at tickets when they went on sale at 10am.  Unfortunately a coworker called a meeting and by the time we were through, the fan club allotment had sold out and I’d have to wait for the general sale at noon.  Well, I was ready and within seconds they were once again marked as sold out.  I added my name to the waiting list and figured there’d be no way I’d ever make my way off of it, but just a couple of days before the event was supposed to happen I got the email that my name came up and I could purchase a ticket.  Tickets were cheap – only about $33 – and included a signed copy of the book, a Q&A with Carrie and a photo with her!

It was pouring rain when I arrived, but I got in line and shortly after they let us inside to sit and wait as the line was quickly taking over the hallway they had us in.  Carrie came out along with her trainer and her friend and there was a nice conversation about her working out, diet, etc.  I have recently started making some changes and trying to count calories to lose some weight and I have started putting some of the things she mentioned to work in my diet.  You can’t stop eating what you love, but make substitutions to make them healthier.  I am not much of a veggie eater (Carrie went on about how she loves them and you can eat whole heaping plates of them!) so when it was photo time I asked her what she suggested as a “starter veggie”  she wasn’t sure, she loves them all, but suggested I try carrots and corn on the cob to ease myself into them.

Little did I know, this was going to be one of my last events for the foreseeable future, as COVID-19 has taken over and social distancing becomes the norm. 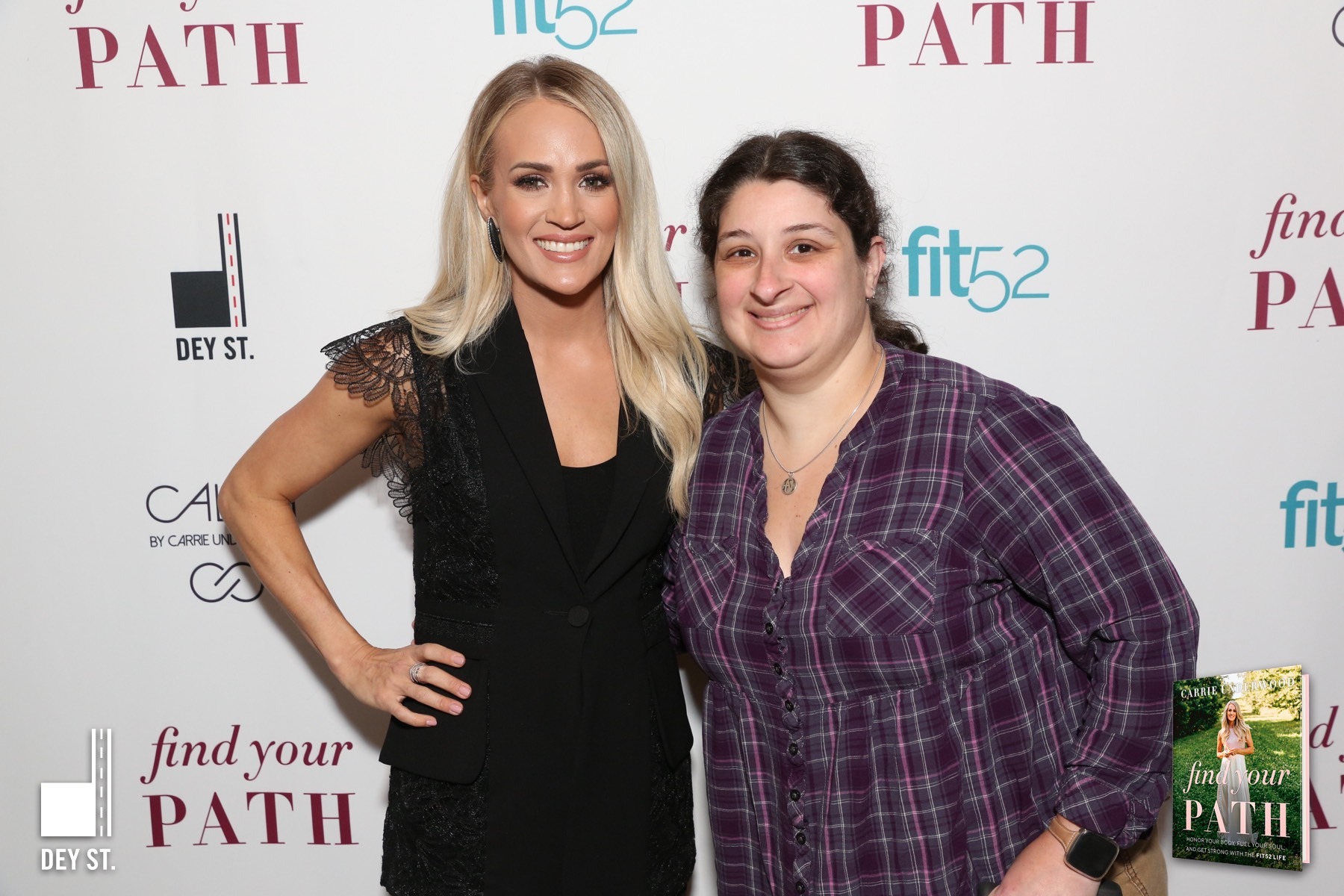