February 29, 2020 by ConcertKatie No Comments

February 22, 2020 by ConcertKatie No Comments

February 15, 2020 by ConcertKatie No Comments

END_OF_DOCUMENT_TOKEN_TO_BE_REPLACED
Back To The Island

February 12, 2020 by ConcertKatie No Comments

January 30-Feb 4th I made my annual trek to Jamaica for Hanson’s Back to the Island event.  With weather issues the past couple years, I was happy that this year was smooth sailing with the exception of a bitchy wheelchair pusher in Hartford.  But to balance things out, the one in Jamaica proposed to me so my friend and I could stay in Jamaica forever.

Our friends began arriving and we had scheduled Teppanyaki for dinner the first night.  This was a tradition with my friends, but the first time I was actually able to join them.  Last year I didn’t come in a day early and the year before that my “day early” was spent all alone in a Charlotte airport after losing a battle against a frozen plane engine.  It was a lot of fun but we learned that I do NOT do well with chopsticks.  (CP means poor hand-eye coordination, so it wasn’t really all that much of a surprise.) Fortunately a fork was just a “can I have a fork, please?” away.

Most of our days were spent in the pool and there’s only so much that can be said about that other than it was AWESOME.  I managed to get to the steakhouse for 2 meals in a row which was great and we did a 2 hour marathon sushi dinner one of the other nights. (Where’s the beef?)  Then the next day I must have eaten something that disagreed with me and is still disagreeing with me as I am not back to 100% yet. (And I’d have had this posted sooner if I wasn’t napping most of the weekend away due to whatever mystery illness I have.)

The guys decided that this year they didn’t want to be stuck with themes – so there was no a setlist voting by the fans, so it was kind of surprising when they said night 1 was going to be most of the songs off of Middle of Everywhere (aka singles aka the one winning theme that got the most backlash a couple years before) except for the slow ones – which they’d be saving for the next night.  Maybe, just maybe, they’d pull out all the stops for Night 3 and do some new and rare stuff??

Since 2014 – Hanson has decided that they will try to play as many unique songs as possible and “no” repeats.  Every year there are just a couple, but that’s ok. This year they did 92 songs and 90 of them were unique – repeats were Back to the Island which typically opens and closes the sets and Lost Without Each Other which is one of my favorites, so no complaints here on that.  I was however pretty shocked they just did a tour with about 7 new songs premiered in it and none of them made it to the full band shows (though Zac did do 3 in his solo set) and the “rare” and “members only” songs were severely lacking.  If I am making all the effort to go to another country for a special event and not a tour – I’m expecting a handful of things I won’t get to hear anywhere else.  That desire was unfortunately not met.  Not to say that the setlists were bad… they were super well rehearsed and sounded great – I am just a spoiled brat, I guess. 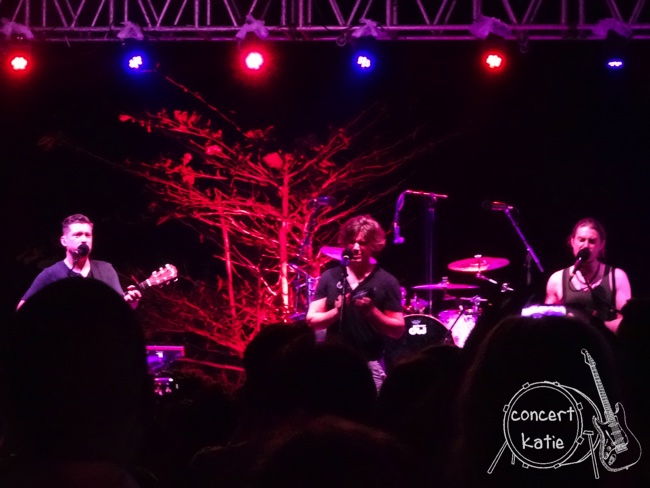 Night 1 – Middle of Everywhere
I am trying really hard to find a “positive” on this night. And I guess it was Taylor’s outfit. Which was more of a… positively something we could make fun of.  Just the tank top would have been fine, great, but suspenders and a belt rounded it out.   Great Divide and Give a Little haven’t been in setlists in a while, so I guess that was a plus. 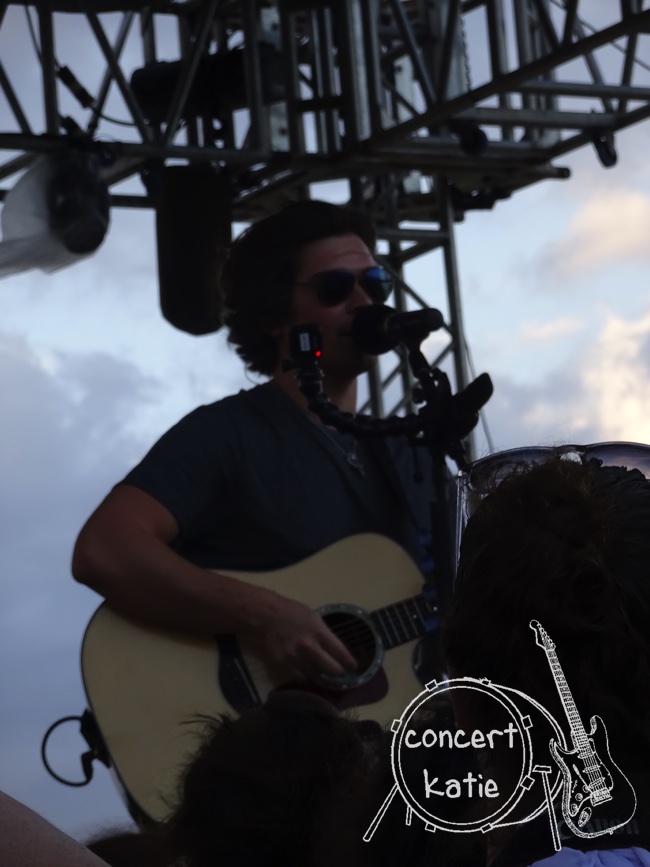 Zac’s Solo Show
While I didn’t get anything new from this set – he did do Annalie solo which had previously been done on the Wintry Mix tour full (full!) band acoustic.  He also threw in One and Better Man two of his new solos which I have really enjoyed and even gave some back story on them as well.  His was probably my least favorite of the solo sets but this year was one of my tougher decisions and only because someone has to be 3rd. 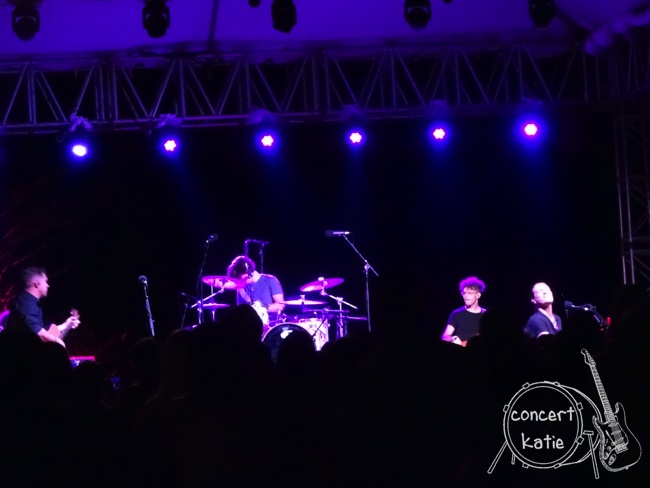 Night 2 – ooey gooey love songs
Definitely NOT the theme I ever in a million years would have picked. I’m not a ballad girl. I skip them on full album listens. I’m not in love, I’ve never been in love and I don’t want to sit there all night and hear you sing about love.  I spent half the show looking at he stars with my app seeing what constellations I could find and then had a laughing fit until I cried and couldn’t breathe during Isaac’s solo of “For Your Love.”  They did do a few cool things in this set though – A Change in my Life fully acapella which was introduced by “You’ve probably heard us do this before” and we were like “then don’t do it” but I am always a sucker for those acapella harmonies.  They did solo songs during the set which generally isn’t done because they have full solo shows.  And they did More Than Anything as a full band which I think had only ever been done as an Isaac solo before. (And also meant he probably wouldn’t do it in his solo set! A win win!) 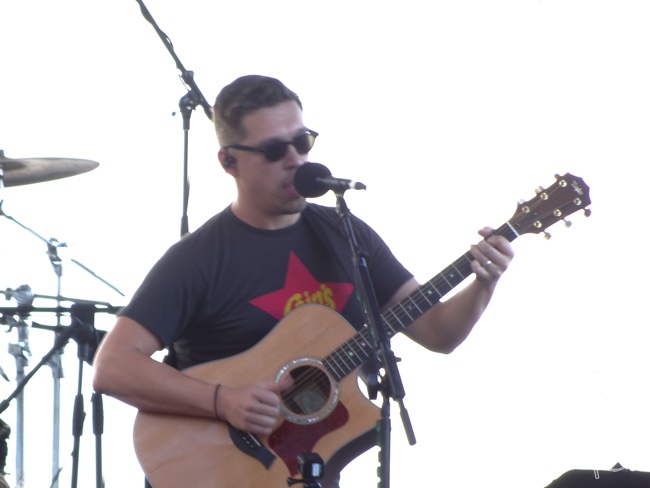 Isaac’s Solo Show
I think Isaac’s solo show won it for me this year, although Taylor did give him a run for his money.  He was super rehearsed and prepared with lyric sheets as he took requests BEFORE his set and not DURING it.  He brought up little brother Mac for piano on Grace Unknown and gave us a new song he had never played outside his house before.  I doubt it’s a contender for the new album, but anything NEW is a giant plus.  He also did I Don’t Know which while I had heard it once before it was *TWENTY* years ago – even if Isaac thinks he played it in a solo show at the island previously.  (Also him taking request made for the first time that any Hanson have seen me in a bathing suit as he asked while we were chilling in the pool!) 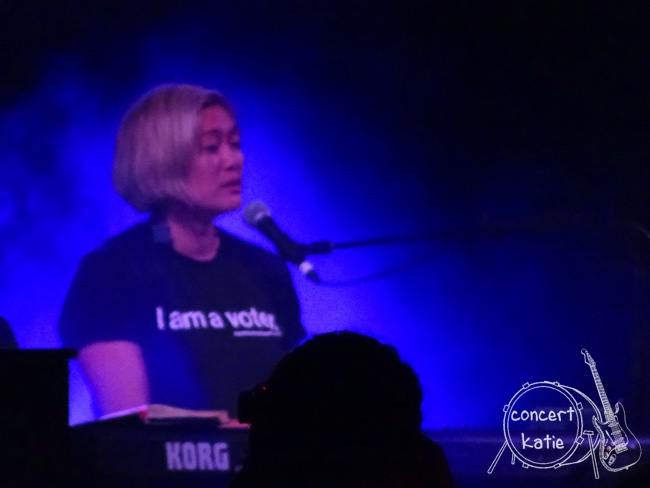 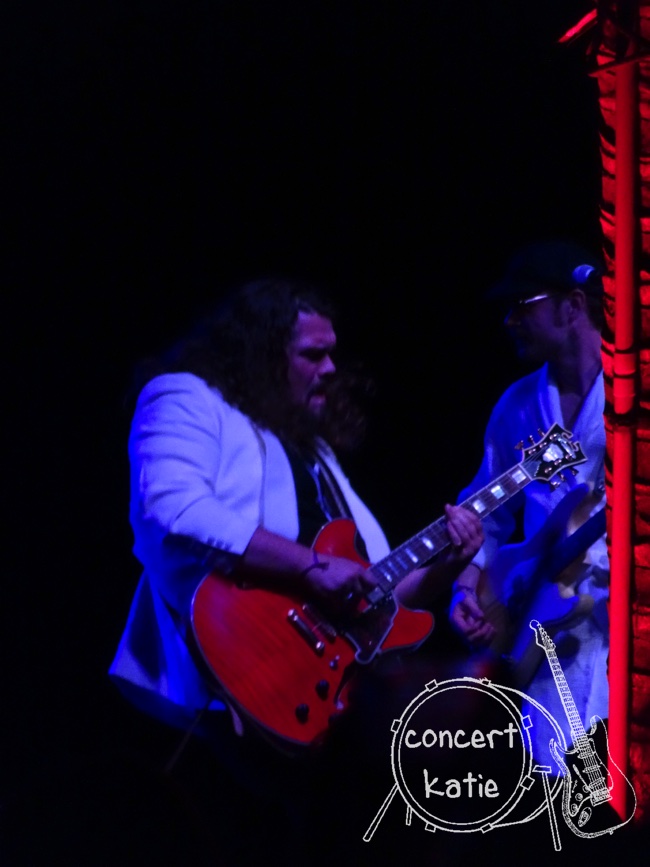 Guest Night
Last year guest night fell flat.  No one even really bothered to go and I watched most of the set jumping from my room to the porch when it sounded like something interesting was going on.  This year, I was really excited for MILCK who I had seen Hanson perform with at SPARC in Richmond and brother Mac’s band Joshua and the Holy Rollers were also on the bill.  I can really take or leave them, but they do put on a good show.  Hanson ended up joining MILCK for backup vocals on her song “A Little Peace” which they had also done in Richmond.  They also joined little brother for It’s All Gonna Be Fine and Taylor and Isaac joined for a bit of Hey Hey and then they waited until midnight to sing Happy Birthday to Logan of the Holy Rollers. (And the whole band, minus Mac, played their set in robes!) 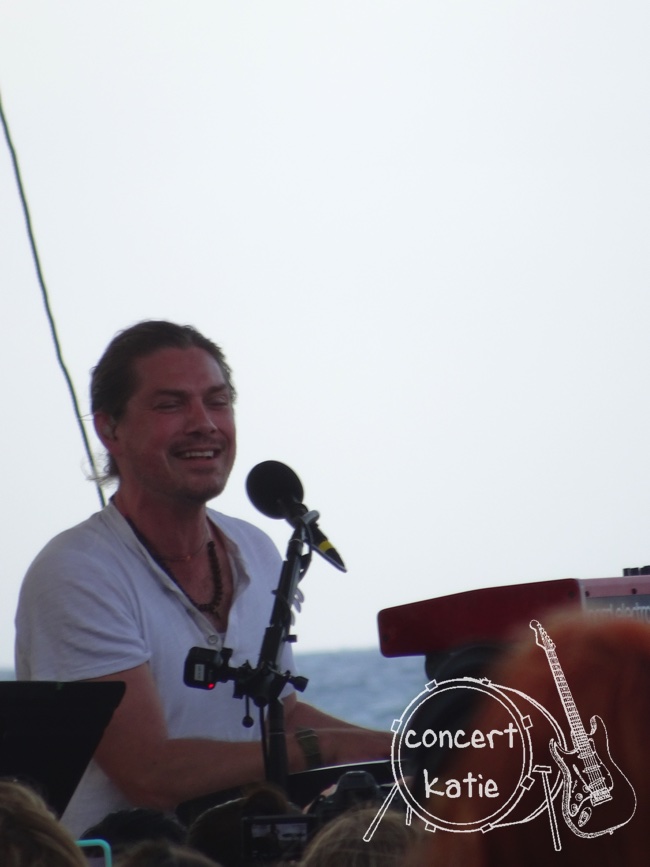 Taylor’s Solo Show
Before Taylor’s solo show was photos – so I took a chance and asked Taylor if he’d play “Dream Girl”, it had been done before but never at BTTI despite being on his setlist at least a couple times.  He seemed pretty positive in his response but not 100% sure on it yet – but he did end up playing it as his second song.  It seemed like with that, Taylor would win the solo sets!!! But, then he started talking about writing a song on an ironing board –  a story I was pretty sure was about “With You In Your Dreams” which is a song I am 100% ok with *never* hearing again.  But, he tricked me! And started Dying to Be Alive – couldn’t remember the words – stopped – and went into With You In Your Dreams.  Well, you were my favorite for about 45 seconds, Taylor.  My trick for getting through the song is to play on my phone and not pay attention, so then he kind of lost me for nearly all of the rest of his set as I started messaging with a friend. Not to be outdone by Isaac having Mac join him, Taylor had MILCK join him for a duet of “Get Out Of My Heart” which he said just wouldn’t really work if he sang it with a brother.  So by a very narrow margin that may have been erased if he just excluded that one song, Taylor comes in second for solo sets for 2020 for me. 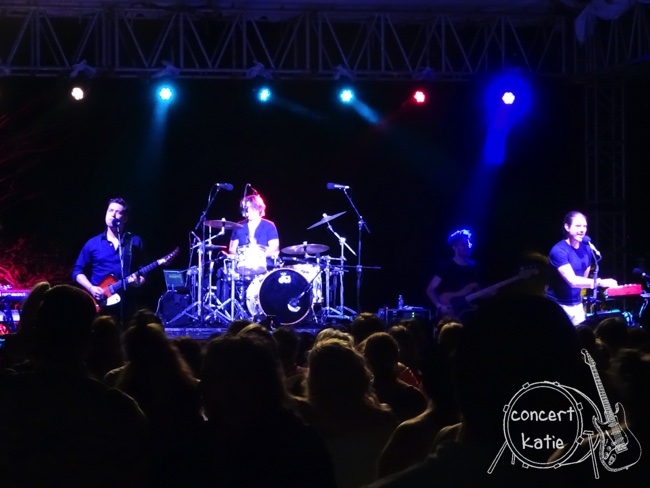 Night 3 – No mentioned theme.
I really, really was hoping they’d pull out all the stops for tonight.  While we did get almost a quarter of members only songs it was just not what I was expecting. I mean, Strong Enough to Break as an encore? I don’t know about that.  Best of Times and I Don’t Want To Go Home are always highlights that sum up the trip – but… always.  Again though, they sounded great and really well rehearsed and that was a big complaint last year. And next year we should hopefully have a new album so that should hopefully make its way into sets. (We talked to Isaac and he said he was surprised they didn’t play Against the World either…)

On to the activities…

All the concerts started at 10 and were over by around 11:30 and all the activities were after that so we had a lot of 3am bedtimes. (And housekeeping coming in at 8am. Rude.)

Zac’s activity was first which was playing Super Smash Bros with him.  I opted to not participate but did watch for a bit before fading fast and heading back to my room before it was over.  It was nice that I think 4 or 5 could play with him at once but not as fun to just be a spectator.  When we first got there, Isaac was playing as well which was cool, I guess.

Isaac’s activity was supposed to be team trivia which I was pumped for.  Hanson or general trivia would be a lot of fun for me.  But when we showed up it was – Family Feud.  A bunch more organized than the last time that we did it but our team was never called so we stayed up all night for nothing.  Mac did end up joining Isaac which made for some comedy relief but made the games drag on that much longer!

Taylor’s activity was the usual after party but this one was “prom” themed. Many did end up dressing up and I did bring my Lilo dress to wear.  It was a very 90s playlist – even including the Hanson prefame song ‘Lonely Boy’?  Not sure why he thought that would be a good idea, but ok.  The dance party is always bitter sweet because we will be leaving the next morning 🙁

Despite having not the greatest wheelchair pusher in Baltimore, I made it to my gate with plenty of time and was not left at the baggage claim this year, so that’s a win.

Despite the setlists not living up to my expectations, this trip is always much needed relaxation and a fun girls weekend… oh and Hanson too 😉  I do hope we get a new resort next year though! *fingers crossed*

February 8, 2020 by ConcertKatie No Comments

February 1, 2020 by ConcertKatie No Comments

Just one non Hanson Day for May – NeedtoBreathe.  Hanson Day coming up next week!