October 15, 2019 by ConcertKatie No Comments

A couple of friends invited me along to the Highland Games at Loon Mountain in New Hampshire. I wasn’t sure what to expect, but it turns out I can get into any sort of competitive sport if I try – whether it be Caber Toss, Hammer Throw or Weight Over Bar. (We missed the Stone Carry) Maybe it was the kilts or maybe I just like I good competition. We also attended the opening ceremony when the bag pipers came in and I said, “Oh, I like this song!” only to be told by one friend – “just wait until the end of the day.” And yeah… maybe I’m over it now because I did hear it quite a few times! I got stupidly sunburned (another one of my trademark “Katie doesn’t know how to properly apply sun screen” burns) and then we tried to get ice cream before leaving for the day after seeing a Weight over Bar world record! I decided that there was nothing I needed more in that moment than a root beer float – only for the guy in line in front of us to order the last one they had. (I wonder if my hyping it up how badly I wanted it made him change his mind and order it…) We had some time to kill so we wandered around a shop for a bit before the concert that evening – featuring the Red Hot Chilli Pipers. I wasn’t sure what to expect, but was pleasantly surprised. Who knew bagpipes and rock music worked so well? Well, RHCP I guess… Most of the songs didn’t have anyone singing, but I am fairly certain AC/DC Long Way To The Top was in there somewhere (and how could it NOT be?) It was a lot of late nights and early mornings and I’m not sure I’d do that drive again (4+ hours!) but I enjoyed myself. 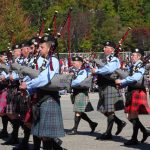 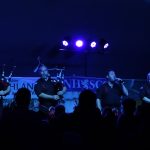 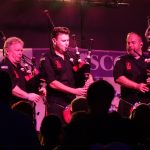 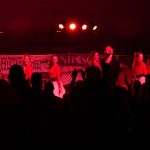