Kris Allen at Stage One

October 18, 2019 by ConcertKatie No Comments

October 5th Kris Allen brought his 10 years, 1 night tour to the Fairfield Theater. I had purchased the VIP M&G package so we got to have a little Q&A with Kris before the show and also try to “stump” him with the song requests. We were told to try and pick something that would not be on the set later that night – but as I was trying to be surprised with what his set was, I had no idea what was and what wasn’t on the set. Some of the other fans conspired together to pick the same stumpers – so we ended up getting Out Alive and Fighters. My choice was Faster Shoes – but it did end up on the setlist that evening! He hung out for a bit and we got photos with him and then we had some time to kill before it was showtime. I ended up going for front row this show instead of my usual 3rd row (no stairs to deal with) and at the end of the show a young girl asked if I was ok and if I needed help getting up the stairs. I declined, but thanked her for checking in. Later I saw her and her family chatting with Kris at the merch table and she seemed absolutely embarrassed of them. They may embarrass her, but they definitely raised a nice young lady! (None of the adults around asked if I needed help!) The show was just Kris – no opener and no backing band. He also told some stories in between the songs – sometimes about the songs themselves or about other things in his 10 year career since winning Idol. (Has it really been 10 years? We are old…) His setlist was 19 songs and I thought he did a great job taking us through not only some of his Idol songs but through all of his albums to present day. His new album is called “10” and has 9 tracks on it – he said that was on purpose because there is still more to come!! After the show I picked up a CD version of the album and had a chat with him about the name Katie vs the name Katy and how I am Kathryn and should spell it Katy and his wife is Katherine and spells it Katy not Katie so we somehow balance each other out in being backwards. He asked if I wanted a photo and I said “well, we got one earlier, I don’t think we changed much?” His merch guy let out a laugh and Kris said, “Well I sweat a little?” but ultimately we just said our goodbyes and did not take another photo. (Nothing will top the one we took a few years ago and someone mistook us for a married couple when I had it on my facebook. It’s on my dating app profiles now – maybe that’s why I’m not getting many dates?) 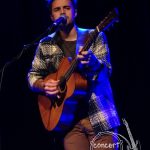 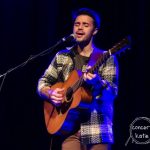 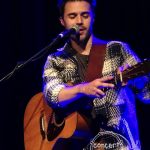 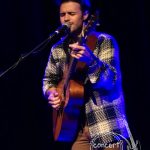 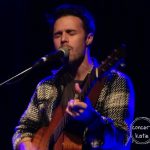 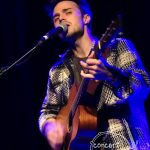 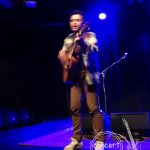 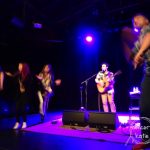