For John Mayer’s Summer Tour he did things a little bit differently than usual. He had no opening act, took the stage “promptly at 7:30” (more like 10 to 8) and played 2 sets. He also had said that he’d be doing no repeats for shows where he was doing back-to-back nights but that turned out to not be completely true. But with 2 sets you’d be hearing more songs than usual and hopefully some songs that you haven’t heard in a while either. I ended up going to his show in Providence, RI which ended up being the day after my birthday! I picked out great seats in the last row of the lower level which was awesome because I had no stairs to deal with. While the two sets things seemed like a great idea, the intermission allowed people to wander around which resulted in my getting beer dumped on me by a moron who doesn’t know how to hold a can of beer AND take a photo with her friends. When the guy next to me called her out to apologize to me, she said it wasn’t her. Oh, ok! She also offered to give me the beer. No thanks, I’m not a beer fan and then had to smell like it for the rest of the evening and the 2 hour ride home. Yuck. I thought the setlist had a great mix of songs from all his albums and I was glad he included No Such Thing and Walt Grace’s Submarine Test, among others. I can do without his cover of “Free Fallin’” though. The crowd seemed to love it, but I’m pretty sure he has done it at nearly every show I have gone to and would have loved to hear something else instead. The crowd also seemed to love when he included a Grateful Dead song in the set – Fire on the Mountain. I loved him ending the set with New Light and the purple confetti. (One of the reasons I was bummed to sell my MSG tickets is that I think my seat for the Friday show would have been pelted with confetti – and I love me some confetti.) 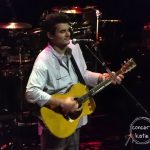 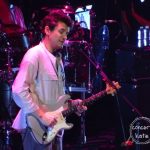 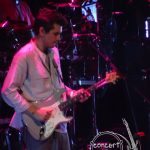 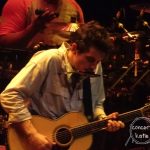 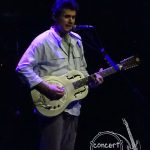 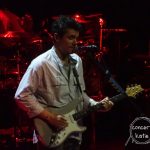 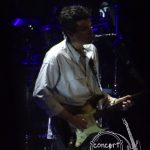 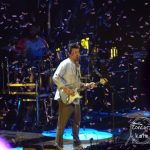