July 8, 2019 by ConcertKatie No Comments

I had decided to make the trip to Las Vegas to see Robbie Williams in concert, and since my friend wouldn’t be getting in until late on Friday and I’d be getting in earlier in the day I was looking for some things to do on my own.  I looked to see what other shows were in town and was bummed to see I had done some poor planning as far as being able to see Aerosmith’s residency. (They were playing Thursday and Saturday!)  I saw Paul McCartney would be in town and was turned off by the $300 ticket prices, but when I found a seat near the top of the lower level for only $99 (when every other one around it was $225?) I decided to go for it.

I wasn’t entirely sure what to expect, but looked at some of his setlists and saw he did about 36 songs so I knew I was in for about 3 hours of a show.  We got an email that the tickets would be digital only and that we should be on time because “Paul may begin promptly at 8pm” which seemed a little unsure – but at 6 I  called a Lyft, we got there about 6:30 (all the ride shares were directed via one lane to a drop off area) and by 6:45 doors were opened.  I jumped in the ADA line – which seemed to be never ending, I guess because most of Paul’s fans are older in age than the shows I am used to attending – and was inside by about 7:30.  I considered buying a water but when I realized they were keeping the bottle caps I knew I’d never get it to my seat safely so I passed.  I noticed a pretty neat poster for sale and figured I’d try to get it after the show while I waited for crowds to clear.

At 7:55 a video started playing with some songs and photos from Paul’s life, this went until about 8:30 when the house we had been climbing via video reached the roof and there was a guitar and it was time for Paul to take the stage.  He was non-stop until 11pm when he left the stage for the encore. (He hadn’t even stopped to take a drink of water!) And the loudest cheers he got all night were when he asked everyone to give it up for John.  In between songs he told some really funny stories.

While most of the section sat for most of the show, everyone was on their feet for the encore.  He ended up bringing out Steven Tyler to sing Helter Skelter with him during the encore! I guess I kind of sort of got to see some of Aerosmith after all!

When all was said and done the show ended at about 11:30 and it took me forever to figure out how to get a Lyft back – there was supposed to be a pick up at Excalibur but no signage whatsoever so I went to Park MGM with about 1000 of my closest friends.  An hour and a half later I made it back to the hotel. (And that poster I had wanted was gone and apparently limited to only 300 and is now on ebay for a ton more than it would have been initially!) 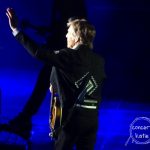 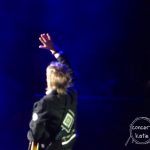 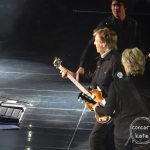 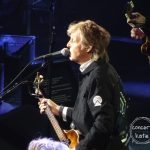 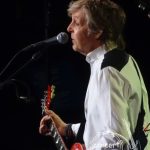 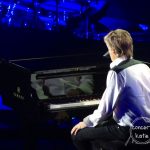 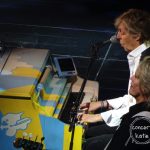 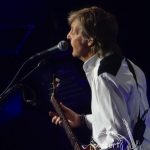 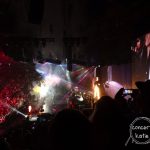 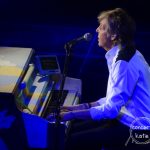 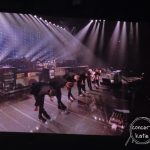 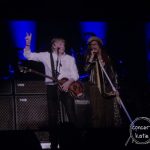 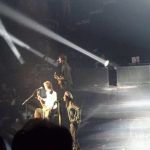 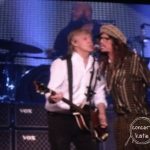 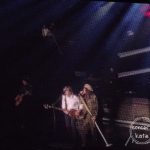 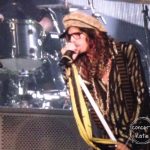 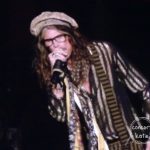