We ended up driving past the Melbourne Zoo where the shows were being held to see how the line was doing in the heat (it was 102 degrees at one point) and found out they were giving out tickets with numbers so we grabbed some and then headed to the apartment to hang out before we needed to be back at the Zoo for the concert.   I was trying so hard not to sleep so I could try to switch over to Australia time but there were moments when I just wanted to nap (but knew I’d never wake up if I did and would throw everything off.)  The first night we ended up in the front row and it was your basic rock set from the guys.  It was hot, hot, hot and it rained a bit as well.

The next day in Melbourne we opted to visit the Zoo thinking we’d catch a glimpse of soundcheck, but they were on to us and didn’t do anything until the Zoo had to clear out for the evening.  I was able to get some pressed pennies at the Zoo and we saw some butterflies, elephants and an orangutan that ran away once we walked in the room.  We ended up calling Uber Eats for burritos before we went in side but had such drama with security we weren’t even hungry once we got in.  Basically security told us we could go up first – even though that’s not how things worked the night before.  Then we got kicked out and then we were told we couldn’t go the way we did and then everyone else was being let in and then they told us we could go where we were and AHHHH.  Long story short we still ended up in a decent spot but the drama was not needed.  Nat ended up talking to head of security who wanted her to tell people not to block the gate after the show waiting for the guys (we weren’t in that mess the night before so I could sleep) and she jokingly told him to stick the dumb security guard out there tonight – and long story short – we cracked up when we got outside and who was guarding the gate? haha.

The second Zoo show they mixed up the setlist and also had more tech issues than I had ever seen in a show.  It kind of made it feel like BTTI because they were making up songs about Koalas and Wombats while their tech was crawling under Taylor’s piano to try and fix things.   And at one point they were ready to start a song and Isaac said, “not yet fellas”, always kind of nice to see that they are real and not robots since they are usually so “on”, on stage.

At the end of the show Taylor ended up making quite an effort to grab my hand. Everyone got a kick out of that.  We did wait outside – which led to the great Aluminium va Aluminum debate that continued on for the rest of the trip.  All we saw were the guys drive off in their van though, they didn’t stop or come out for photos/autographs.

Then it was time to get some sleep and head off to Canberra for the night! 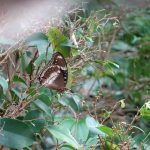 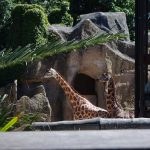 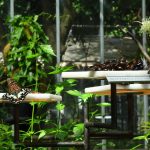 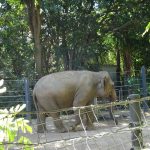 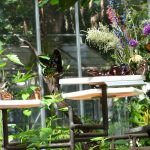