Joey McIntyre in Waitress on Broadway 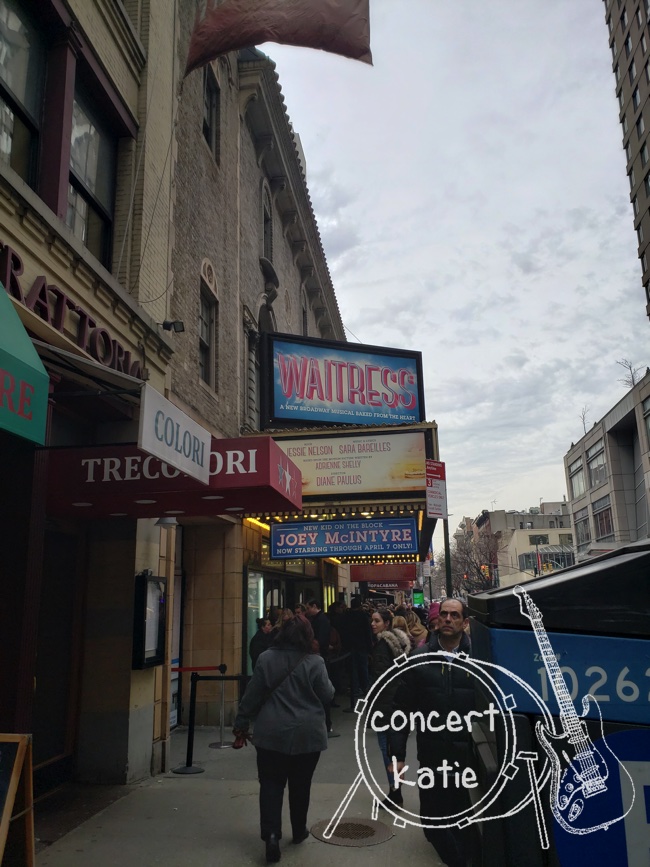 One Saturday at the end of February I headed to New York City with my mom to see Joey McIntyre in Waitress. I had previously seen Jason Mraz in the same role a little over a year ago so I was curious to see how their portrayals matched up. At the end of Part I, I was thinking Jason had the edge – as the doctor I think is supposed to be a little bit strange and awkward and Jason could play that with ease, where as Joey came across a bit more confident.  By the end, I wasn’t really sure who I thought did better as they both kind of brought something different to the character.  I teased that if Joey came out to sign, he would win, as Jason did not come out.   I managed to get my playbill signed by Joey in addition to the actresses that played Becky and Jenna.  We debated waiting for Ogie and trying to get a selfie with Joey – but the crowd was creeping in as Joey came near, so once my playbill was signed we ducked out and went to dinner.  This is a really fun show and the only one I have seen more than once! 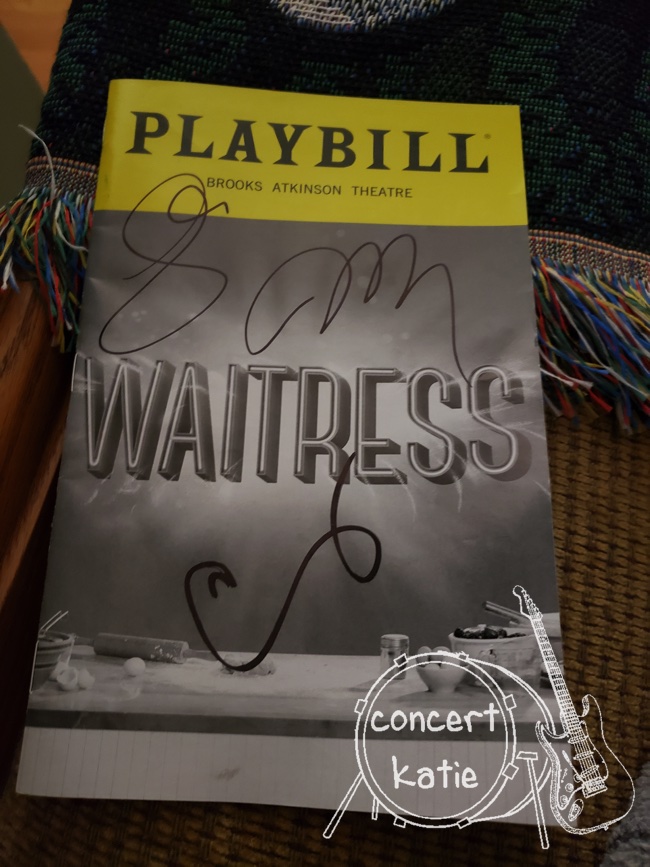