December 15, 2018 by ConcertKatie No Comments

Recently I had my last 3 US String Theory shows for the year in Boston, Philly & NYC.  Since they are all big (obnoxious) sports towns, I was a bit curious to see how that might transfer to the catcalling during the shows since Zac had to write a blog post on Hanson.net about how to behave at the shows (that were probably just preaching to the choir.) 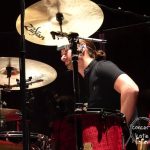 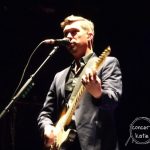 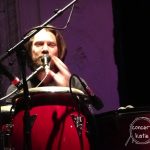 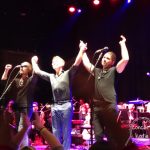 For Boston we were 3rd row in front of Zac, which may have skewed the sound just a bit and made the drums a lot louder than intended.  Crowd wise there was some catcalling but everyone at least in our general area followed the “don’t stand until the last 3-4 songs” rule.  Boston gets a bad rep for being overly obnoxious but my eye rolls were limited.  The seats however must have been original to the 1800s – next to 0 leg room (and I am SHORT! A guy in front of us had to be 6’4” OR MORE and I felt so, so bad for him) and were practically on the ground.  Once I sat I had no idea how I was going to get back up – it definitely took effort towards the end of the show!  Zac was super smiley and looking at us a lot – I think because he is so used to being so far away and blocked from everyone, this tour he really got to goof off a bit with the people up front! He seemed to be having a blast! 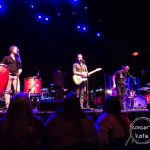 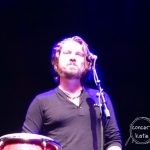 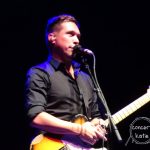 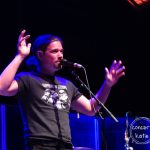 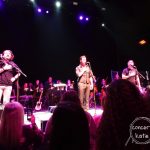 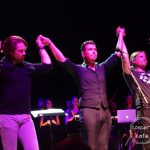 For Philly we were 3rd row in front of Taylor, which honestly may be the best angle to get.  Positioned correctly, mics won’t be blocking the piano and cymbals won’t be blocking Zac. (I had a few shows this tour where I fell victim to ‘cymbal face’) If I had to guess before the show I’d have thought his crowd would be the worst (they are known to boo Santa!) but honestly I think this was the best crowd – despite many not being even let inside the doors before Hanson had already started. (I love that there’s no “Hanson Time” this tour – but when there is a line of people nearly around the block, you can’t push things back 5-10 minutes?  They didn’t come on until 8:10 in Boston!)  I knew something was up when the 3 didn’t take a bow after bowing with the maestro and backup musicians.  Since it was Veteran’s Day the 3 came back out and did the National Anthem. 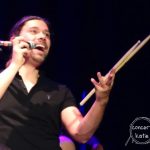 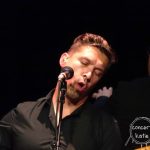 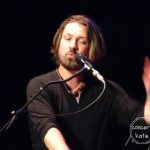 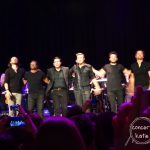 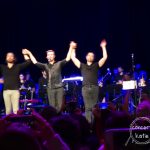 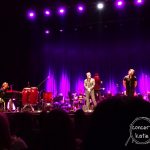 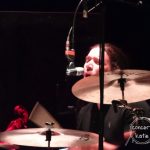 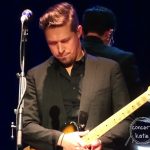 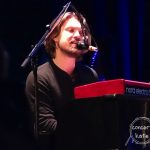 New York City was back at the Beacon after 21 years! (Not 20, the first show was August 1997. It’s math, people.) I had not won my way in back in 1997 (not for lack of trying!) so it was awesome to finally see them there after wishing it would happen for so long!  This crowd was by far the worst, standing wise.  A few people here and there would pop up during the songs they knew (ie MON songs) and by the 2nd act everyone was up from the start.  I knew that the mood of the songs would lead to an up-down-up-down reaction so I opted to sit until I knew we were supposed to be “up”, per Zac’s post.  This show we were around 8 rows back on Zac’s side and you know I had seen it “too many times” (no such thing) because I started watching the orchestra more than Hanson (and maybe because we were a bit further back and I could see them pretty unobstructed without the guys right in front of me) and found myself a fun, cute violinist to watch and also a cute clarinetist (when he wasn’t blocked by Isaac.)  This show I also finally “got” MMMBop being included – at my 6 previous shows it just didn’t seem to fit in with the orchestra but somehow it sounded totally different at this show.  Being further back + a venue made for really great acoustics may have made the difference. (My first show I was the furthest back, 10 rows, but I may not have picked up on everything since I was taking it all in for the first time.)

There is still one more (non string theory) Hanson show for me this year, then it is off around the world to see them in Jamaica and Australia in 2019.  I am getting so close to my 200th show… I currently have tickets for up to #199!  Where will #200 end up being? I’m guessing Tulsa but we’ll see!