December 27, 2018 by ConcertKatie No Comments

David Archuleta brought his Winter in the Air tour to The Warehouse in Fairfield, CT recently. I decided to buy the VIP ticket option for this show so I was able to hear David soundcheck a couple of songs before the show as well as do a Q&A with the audience.  I thought it was interesting that David had a staff member choose who got to ask the questions rather than let David choose himself. I am sure there was a good reason for it, but it just threw me off a bit.  He talked a bit about going to therapy, forgiveness… and commented that a lot of the questions were very deep at this Q&A.  After he took photos with us and gave us a Christmas gift! (A signed photo and cookie cutters!)  We were able to snag a good spot before the general crowd got let in and then waited until 8pm when the show began.  David now has 2 Christmas albums out – he played 8 from Winter in the Air – including the 3 originals. (Of which I believe he said he wanted a ballad, a fun up beat one and one that made you feel like it was a winter wonderland) and from his first Christmas album only 3 songs.  The kid can sing and I loved how he kept chatting with the crowd and getting distracted. He liked the venue because he said he could see everyone up front and wanted to give them all high fives but that would take too long.  And he couldn’t have a show without throwing in his first single – Crush – into the setlist.  Everything else, however, was Christmas tracks. 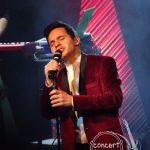 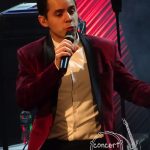 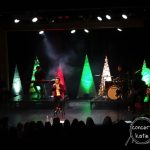 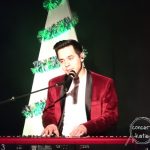 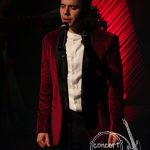 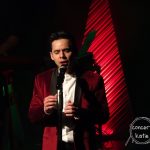 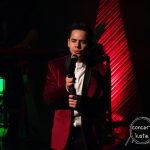