December 22, 2018 by ConcertKatie No Comments

For the second year in a row, 98 Degrees did their Christmas tour.  This time they came to the Ridgefield Playhouse instead of to the casino.  Tickets went on sale as soon as the tour was announced and since May (standing in line to see Hanson) I had been wondering just where my VIP Ticket was going to be – since some of the tickets were going to be on the side and I generally prefer to be in the center section.  Christine and I also bought our tickets separately but ended up side by side – 2nd row – center section.

Part of our VIP Package included Soundcheck.  There were not that many of us with that ticket level so we were in the front row.  The guys did Because of You and The Christmas Song and then did a Q&A where they talked about what it is like to be away from their families, working with Mariah Carey and recording songs with other artists – sometimes that they never even get to see in the studio! Their “nefarious” tour buses and Nick kept teasing that Drew was ready to TELL ALL. (Fun fact – in 20 years Drew has never had a bottom bunk on the bus.  Also – Jeff’s wife puts all his outfits together and will send him messages if she sees he paired the wrong clothes together in fans instagram photos!)

Next up was time for the photos.  I wasn’t sure how to logistics would work with the lobby being so small but the VIP Nation did a great job getting us through the line quickly and efficiently!

They did mix up the setlist from last years tour, which I certainly appreciated but I had to laugh that the whole second half of the show was essentially songs that Hanson had done on their albums.  (When I arrived I said “I haven’t listened to their stuff lately but I am probably ok because all their songs Hanson does too” and I was right)  In addition to Christmas classics they also threw in the 98 degrees singles – I Do, Because of You, True to Your Heart, Invisible Man, etc.  I LOVED how they did you’re a mean one mr grinch last year so I was happy to see that that one was still included as well!

The show was a ton of fun and Jeff Timmons making eye contact with you make you think that he is looking into your soul.  Sheesh!  This is a yearly tour I could really get used to – I just hope that they continue to include Connecticut after their buses were kicked out of a Stop & Shop parking lot in Norwalk for looking shady. hahaha.  (Turns out the guys weren’t even in town yet, it was the crew and they were all making quick pit stops back home!) 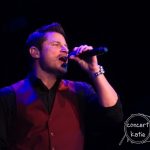 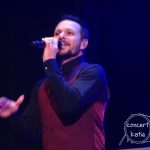 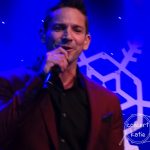 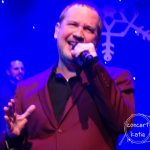 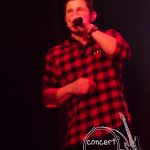 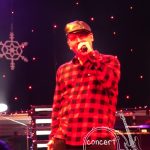 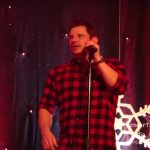 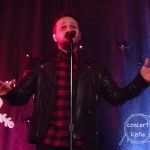 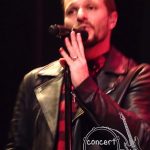 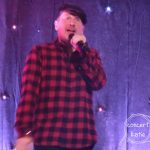 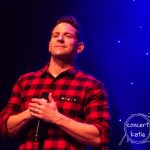 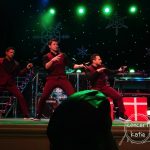