April 2, 2018 by ConcertKatie No Comments 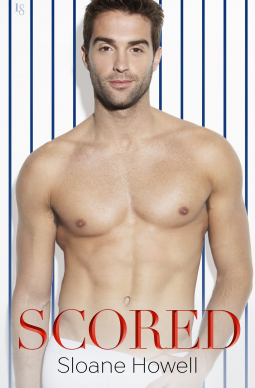 Scored tells the story of Matt and Kelsey.  Matt is a baseball player and is currently trying to decide if he should stay with his team – the Rangers – or if he should uproot himself and go to New York and play for the Yankees.  His best friend is his agent and is telling him that the money will be great in New York and that the Texas team may be stretching themselves thin trying to win him over. The chapters alternate between Matt’s point of view and Kelsey’s.  Kelsey is Matt’s agent’s wife’s best friend (yeah._) and she usually dates guys who play guitar and break her heart, not athletes. Matt’s friends are hesitant to fix him up with her because they aren’t sure how it will work out.  Matt ends up talking Kelsey into going out on a date with him to a concert.  He has already fallen hard for her, but she isn’t sure what to do and is very reserved about their relationship.  Meanwhile, Matt doesn’t tell Kelsey anything about the contract negotiations he is in the middle of and how he may move halfway across the country.  Kelsey ends up hearing about it on sports radio which obviously causes a major rift in their relationship.  Will Matt leave Kelsey and his home to go play for the Yankees? Or will he try to win Kelsey back and stay with the Rangers despite it being less money?

I really enjoyed this book and Matt and Kelsey’s sexcapades. I thought it was a lot better written romance novel than most others I have read – and then I realized the author is a male. Not sure if that’s why.. but definitely looking forward to checking out some more of Sloane Howell’s books in the future!

He’s a player. But she’s about to score.

Opposites really do attract* as a sassy salesgirl turns a pro athlete’s life upside down in this supercharged standalone novel of seduction from the author of Bossed.

Kelsey: My mom would tell you I’m quite the catch, but since my last boyfriend, I haven’t been dating much. Maybe it’s my rocker style or my lack of filter that intimidates the boys. So I’m pleasantly surprised when Matt Stallworth waltzes into the indie record store where I work and gives as good he gets. Turns out Matt is a professional baseball player, which should mean he’s out of my league. But if he wants to hook up with me, he’s going to have to follow my rules.

Matt: After winning my MVP award, I learned that a guy can get used to having beautiful women practically throw themselves at you everywhere you turn. But everything changes the first time I see Kelsey Martin, and something just clicks. She’s hot, snarky, and whip-smart. I’ve got to see her again. Only problem is, she sees right through all my best moves. And I’m going to have to step up my game to convince Kelsey that I’m playing for keeps.