January 21, 2018 by ConcertKatie No Comments

I wasn’t sure if I was going to make it to Stephen Kellogg’s last show of the year at Infinity Hall. We were due for snow and it was supposed to go through midnight.  I wasn’t so much worried about driving in it as I was slipping and falling on my ass since this venue doesn’t have the greatest selection when it comes to parking.  However the snow ended around 4 and it seemed like Norfolk was going to get just a small coating compared to the 3 or so inches at my house so I made my way there.  Roads were relatively fine and I made it into the venue and into VIP without incident.  There were 8 of us for VIP where Stephen came to hang out and perform 2 songs for us – barefoot.  It was funny because it was so cold yet he was barefoot but all I could think about was the next time I’d see him would be on the beach – where it would be much more appropriate to be barefoot.  Anyway… he did “Diamond” and “Learn to Live” as the VIP songs and told us a bit of the back story about writing songs and how Diamond came about shortly before his wedding.

At 8pm it was show time and Chris Koza opened the show. I liked how he told a story about each of the songs and what the title was before he sang them. (Of course I didn’t bother to keep track, but it would have been helpful if I wasn’t being super lazy and wanted to keep track of a setlist)

Stephen took the stage and started with his Four Kids medley and went into Satisfied Man.  He also told some stories before his songs, most of them I had heard before but he does seem to tell them in just a bit of a different way each time.  He apologized to anyone who may have been dragged there and hadn’t seen him before as he tries to play more “deep cuts” on his holiday tours than his usual tours.  He brought out his daughter Adeline for a few songs to sing with him, Chris came out and sang as well and 3/4 of his daughters led us in dance for “Big Easy” when we were in the middle of the dance moves for “turn it up, make it loud” Stephen laughed thinking about if someone came in right at that moment and would think we were a cult.  The show was a ton of fun, Stephen had a ton of energy, as always, even if it was his last show of the mini tour.

I successfully made it back to my car (and was glad a couple people asked along the way if I was doing alright and were ready to help me out if I was not!) and home… the only incident being an accident that I was fortunately not involved in but got stuck for 30 minutes waiting while emergency crews took care of the scene. 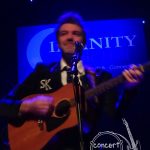 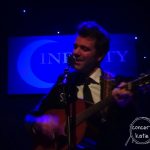 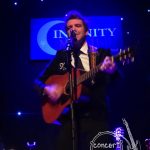 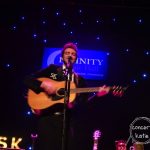 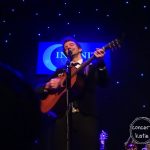 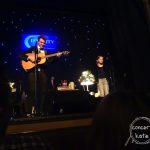 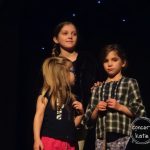 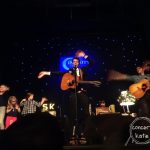 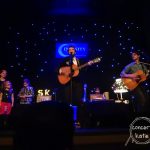 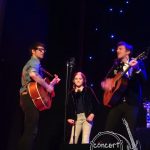 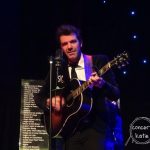 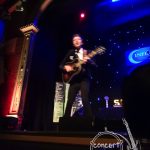 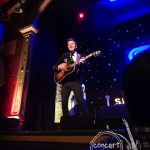