I’ve done a couple days of Comic Cons before but never a full fledged weekend. But when Rhode Island Comic Con kept adding more and more of my favorites, a couple of my house elves and I decided we had to do it.  Friday afternoon the show kicked off and we started it off by meeting Elijah Wood and Sean Astin and then heading over to the LOTR panel.  The next morning I got up bright and early to make sure that we got there in time for me to get my photo with Sean Astin and Elijah Wood.  We also met Jason Isaacs of Harry Potter (and many other things) and then my friends opted to go to Jason Isaacs panel while I somehow got myself in the middle of all the Stranger Things insanity trying to get into that panel.  They had chosen the smaller of the two rooms for the panel, and last second decided to switch into the larger one because there was just so, so, so many people that wanted in – the whole upstairs area was just jam packed.  I ended up making it in and it was so hilarious and so much fun – aside from the grown ass woman that fell on my lap trying to rush into the seat next to me… really?  We closed out the night with our Jason Isaacs photo-ops and were ready to head back again for day 3. My friend and I fell in love with Sean Astin so we added a photo op with him for our last day and went through his autograph line again.  My NSYNC girls met me to meet Joey Fatone (although I will admit I walked past his booth and giggled many, many times before actually going over to talk to him Sunday)  I finally made it to the line for Gaten Matarazzo when it wasn’t completely shut off for way too many people wanting to meet him and not enough room… we had our photo ops with Joey (probably my fave op, ever) and closed out the weekend watching the cosplay costume contest.  The weekend was a ton of fun and we are looking forward to seeing what guests will be there next year! 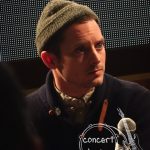 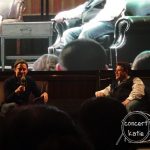 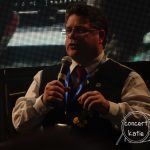 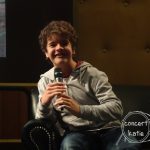 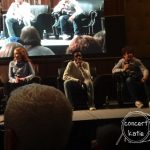 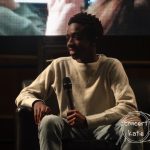 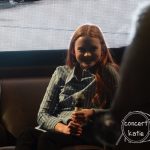