Last year Kris Allen did a mini Christmas show at the mall, this year he went on a full fledged Christmas tour – complete with a Christmas Tree (Or Kris-mas tree?) on stage with him.  This show fell right in the middle of my mini Hanson tour and I chose to see Kris instead of see both Hanson shows in Chicago.  Turns out, despite getting little sleep after the show and making things all around exhausting for myself, I made the right choice.

Before the show I had VIP with a few others, he sang “River” we talked a bit about Thanksgiving and how Kris had gone vegetarian and thought he might have wanted some meet during Thanksgiving but was still able to avoid it due to all the yummy veggies that were around.  I asked if his kids were excited for Christmas and he said his daughter was still too young to understand it and his son seemed more excited about Halloween – he was Buzz Lightyear and was still running around in his costume even the night before Kris left for the tour – wings and all!  He also mentioned the setlist was almost entirely Christmas songs with the exception of 3 of his songs that he tried to rework to make more Christmasy (which he did a pretty great job with, I think).

Opening for the show was Marie Miller who was just a joy to watch and has an amazing voice. I really enjoyed her set and picked up her album after the show and got the chance to chat with her a bit… so look for a review of that CD coming at some point. (Although considering how late this post is and how I haven’t even started my Christmas CD reviews, it may be a while…)  Kris also joined her for a song called “Wasting Away”.

The highlight for me had to be “Please Come Home For Christmas” it was so, so, so good. (And Zac sings this on the Hanson tour so you know it had to have been for me to love a different version!!)  He started and ended the set with the same song – Somethin’ About Christmas Morning which I thought was a really nice touch and really made the set come full circle.  After one song somehow it came out that it was one of the girls in the audience’s birthdays… after more questioning Kris found out that it was not ACTUALLY her birthday that DAY but she was celebrating it by being at his show and then somehow it ended up with Kris making a joke about “Fake News” and then cracking himself up.  I probably just did an absolutely horrible job of describing it, but it was hilarious if you were there.

My other favorite moment was how during “Just Like Snow” he told a story about how they went to a cabin for Christmas one year and it doesn’t really snow in Arkansas and he woke up and there was a lot of snow and to him that was Christmas.  Then he went back into the song – AND IT STARTED SNOWING.  It was just the most perfect moment and I was in awe.

Something About Christmas Morning
Here Comes Santa Claus
Rockin’ Around The Christmas Tree
Baby It Ain’t Christmas Without You
Happy Birthday
Peace and Happiness
Monster / You’re a Mean One, Mr. Grinch
Jingle Bells (w/ Marie Miller)
O Holy Night
Holly Jolly Christmas
The Christmas Song
Winter Wonderland
If We Keep Doing Nothing / Joy To The World
Please Come Home For Christmas
Mommy, Is There More Than Just One Santa Claus?
Live Like We’re Dying
Baby Won’t You Wait Until the New Year
Just Like Snow
Silent Night
Something About Christmas Morning


These videos are not mine, but you can see a couple of my favorite moments… 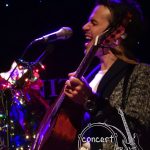 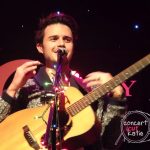 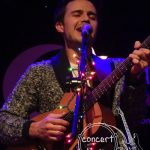 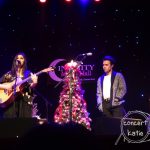