After a fun Friday with 98* it was off to Toronto. I flew there in the tiniest plane I had ever been on – it was 9 rows and every seat was both a window AND an aisle.  The two ladies in front of me were freaking me the eff out because they were convinced the pilot did not know what he was doing and that we did not have any flotation devices.  Shortly after making it through customs I found Maribeth and we figured out the best course of action to get to our hotel from the airport – which turned out to be a cab because uber was not cooperating and was showing as more expensive.  After dropping our stuff off at the hotel we stopped at a Starbucks to attempt to get WiFi (it failed) and then decided to walk to the CN Tower which was my pick for our activity. I had already climbed a tower in New Zealand, so why not go for another one.  This time though, I decided to try and face my fear and was going to stand (and lay and walk!) on the see through floor.  After we did a loop around the tower and took photos with all the giant Moose and Bears in the gift shop, we ubered to a Christmas Market which was Maribeth’s choice for the day.  We snacked on poutine and had a pretzel bigger than our heads that was dipped in chocolate and had some fun walking around and people watching. We attempted to uber again but our driver canceled on us and then we got a cab back to the hotel before ubering to the concert venue for the show.

We had 5th row for the show and it was a lot of fun.  I had tried to not be spoiled so I did not look at the setlist from the night before, but after the show I was told that they did ALL the songs from both Snowed In and Finally It’s Christmas the night before but had skipped “Happy Christmas” and “Peace on Earth” on our night.  Of course.  But at least after 20 years I had finally heard all of Snowed In live!

I have to say the crowd at this show was one of the worst I had ever seen. (Heard?) They kept screaming out and just being overall very rude during the course of the show (you can see in one of my photos Taylor telling the crowd to “shh”)  I am not sure if this accounted for the shorter set or not, but the guys also did not bother to come out to chat with those of us waiting by the van/bus in the absolute freezing cold when the night before all 3 of them had come out 🙁   Isaac forgot the words to Run Rudolph Run and ended up singing about the boy child wanting a baby doll.  Ehh, close enough 😉

Leaving Toronto we were in this itty bitty airport that we absolutely LOVED – free snacks and we had to take a ferry to get to it! We pretended we were rich 😉  Then we had a layover in Montreal where we were able to get some lunch before saying our goodbyes as Maribeth and I went our separate ways on our flights home – but knowing we’d see each other in a week to do it all over again.


Encore:
‘Til New Years Night
Have Yourself a Merry Little Christmas 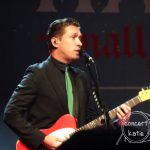 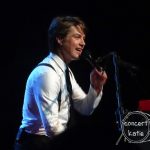 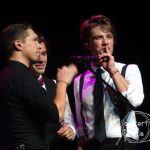 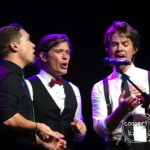 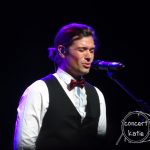 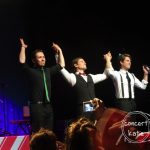