Hanson in Chicago was another crazy weekend. Once again I had a super crazy early flight after a concert the night before.  I got into Chicago around 8am, met up with my friends who were already there for the Friday show the night before and we did all sorts of sight seeing like going to Macy’s windows, The Bean, Millenium Park’s Christmas Tree, Target, and an insane crazy insane Christmas Market that had more people in an area than I ever wanted to be with so we did not stick around very long.  We also decorated stockings that we were going to hang from the VIP box we had purchased. It was a crazy plan and one that we just hoped would work out. That evening we went to Lou Malnati’s for some deep dish pizza which even though I am not a pizza fan I had to try and I have to say I was impressed.  Maybe the problem is I need to trade in my New Haven style pizza for some Chicago style.

The morning of the show we didn’t need to bother waiting in line since we had the box, so we went to the Hancock building and did “TILT” Now, my biggest fear is falling so leaning 45 degrees out of a window of the 90-something-ish floor of a building was a major challenge for me (especially when I have little to no upper body strength and had to try and hold my self up as well) but I did it. Do, Go, Be, right?  Then we went to Navy Pier and rode the ferris wheel.  After the first go-around we were like “Once, that’s it? Rip off!” By the time we actually went around a 3rd time we were pretty happy with it letting us off then, but it was a fun way to see the city.

That evening was the Christmas show and everyone was tweeting the guys asking for Happy Christmas.  They hadn’t played it since that first show in Toronto but usually Chicago shows get something special so I was hoping that would be it.  No such luck, though 🙁  (And then they did it the 2 shows after. I missed 4 shows on this tour and they played it at 3/4 of those shows. Thanks guys, really.)  Our stockings worked out quite well and in the photo gallery you can see Taylor pointing them out.  The setlist for this show was pretty much the same as the rest, but during the encore the techs were putting towels over Taylor’s keyboard and some of Ike’s pedals.  What was that all about? What did it mean?  Well – there was SNOW! During Blue Christmas.  So even though the setlist was basically the same – each of the 4 shows I went to being a little bit different, and that is why I keep going to multiple shows on a tour.

After the show we hung around in hopes of getting photos with the guys, but unfortunately all we did was see them drive off 🙁 They ended up tweeting that they had an early flight out to Los Angeles and couldn’t stick around.  0-2 on bus attempts. At least it was not as cold as when we waited in Toronto!


Encore:
Blue Christmas (With snow!)
Have Yourself a Merry Little Christmas 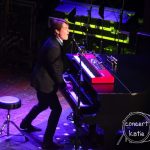 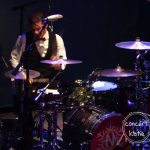 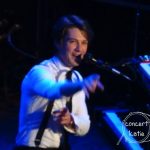 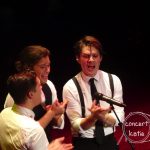 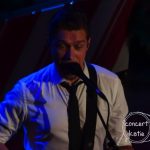 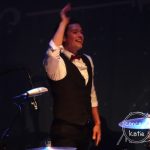 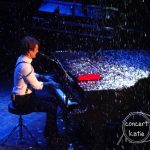 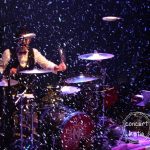 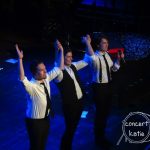