Music Monday: John Mayer The Search for Everything 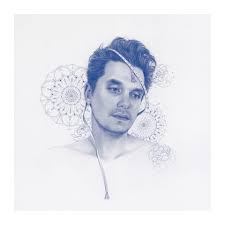 Finally, Finally, Finally! John Mayer released “The Search For Everything” in its entirety on April 14.  I had previously reviewed Wave One and Wave Two – so here I am again with the full on album review.  It was kind of weird to get a “new” album but already be familiar with most of the tracks on it and that made listening to it all together a little bit strange because I felt totally comfortable and familiar with some and then a little bit like “who are you and what are you doing here?” with the rest of the tracks.  So after listening to it a couple of times all together, I listened to the newer tracks on their own to get a better feel for them. I keep going back to the Wave One and Wave Two tracks as favorites though – Love on the weekend, Emoji of a Wave have been on heavy rotation. To a lesser degree, Still Feel Like Your Man.  I do like how it is more of a throwback to my favorite John albums (Paradise Valley at this point I can take or leave, Born and Raised is alright but I prefer the “older” stuff) and that he worked with the same group from Continuum which is my favorite. (Today. I think. Who knows. We’ll see.)  Very much so looking forward to hearing some of these newer tracks in concert in August since he didn’t debut any of them live until the album came out – an idea which I get but was a little annoyed about as well.