At the end of March Dalton Rapattoni came back to Connecticut this time with his “Acoustic Attempt Tour” which was just him and his guitar – and that was it. No opener, nothing.  The show had doors at 5pm, Dalton was on stage by 5:30 and a little after 6 he was told he only had 10 minutes left! He did a decently sized set considering the time constraints – some of the songs performed being contenders for his upcoming album.  He chitchatted a bit throughout the set and mentioned how he does that to distract us from the fact that he is tuning his guitar!  After the show I had a M&G and told him I enjoyed this set better than his last and he teased that he was going to let the band know! I explained that the band was awesome last time and I loved them, but there is just something more intimate when it is just him and his guitar.  I was one of the last ones for the M&G and was in my car by 7pm.  I kind of love shows that end that early – I’m getting too old for all the late nights 😉 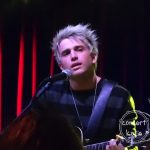 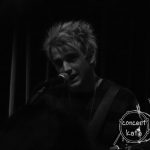 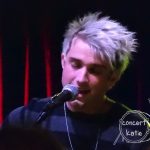 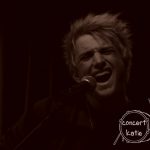