Book Review: You Will Know Me

February 22, 2017 by ConcertKatie No Comments 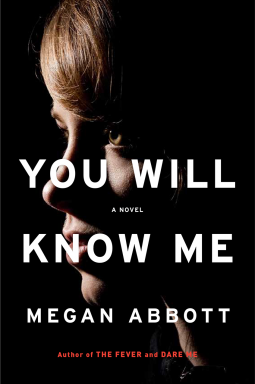 Megan Abbott was recommended to me as an author by a friend. I saw that You Will Know Me was available for review on NetGalley so I figured I would check it out.  I really liked Megan’s writing style although some of the ‘twists’ in the book I found to be quite predictable. I also thought it was a bit weird about how she told us the major event that was  going to happen very early on and then at times seemed to work backwards from it.

I’ve seen a lot of questions asking if this book is a Young Adult book. While the main character is a teen named Devon, I think this is more of an adult book. I want to say more about this book but I also don’t want to give too much away so I am struggling. But I will say the book revolves around Devon who is a gymnast and her family which have given up everything to support her in her hopes of going to the Olympics.  Through the gym they meet a guy and it is his death that ends up being the main piece of the rest of the book where you see how everyone in the community deals with the news and the investigation.

I didn’t feel like the book had a really good ending either. It just kind of ended without a lot of closure. But it didn’t put me off enough to not consider reading other Abbott books that may end up available.

The audacious new novel from bestselling author Megan Abbott, “one of the best living mystery writers” (Grantland).
Katie and Eric Knox have dedicated their lives to their fifteen-year-old daughter Devon, a gymnastics prodigy and Olympic hopeful. But when a violent death rocks their close-knit gymnastics community just weeks before an all-important competition, everything the Knoxes have worked so hard for feels suddenly at risk. As rumors swirl among the other parents, revealing hidden plots and allegiances, Katie tries frantically to hold her family together while also finding herself drawn, irresistibly, to the crime itself, and the dark corners it threatens to illuminate. From a writer with “exceptional gifts for making nerves jangle and skin crawl,” (Janet Maslin) YOU WILL KNOW ME is a breathless rollercoaster of a novel about the desperate limits of desire, jealousy, and ambition.