November 14, 2016 by ConcertKatie No Comments

Friday October 28th Carrie Underwood brought her Storyteller tour to the Mohegan Sun Arena.  The show was “in the round” and the stage took up almost the entire arena floor, with 3 different circles – one in the center and one on either end.

Opening for the show was the Swon Brothers who walked out to the stage through the opening right next to our seats! We had hoped Carrie would do the same, but only the openers.  Carrie and her band and crew had a tunnel set up on the other side of the circle near us to get to the stage area.

I had never seen The Swon Brothers before and I had never watched their season of The Voice either, but i enjoyed them.  The only bummer was that since they were the opener they kind of stayed in one spot on the stage – which happened to be with their backs to us.

Easton Corbin was up next and while he hung out mainly in the center circle, it was spinning around the whole time of his set so that was pretty cool! He walked a bit to the outer circles as well.;

Then it was time for Carrie! It seemed as though everyone loved the circle farthest from us the most, and Carrie was no exception, but she did come to our end of the stage a few times.  It was also my first big arena show with the new camera so I was playing around with all the settings and I think I had found a winner! (Which was perfect timing with my leaving for 9 Hanson concerts the next morning!)

Carrie’s stage had a lot of fun tricks with the stage raising, lowering, spinning, etc. which is always so much fun to see! She changed outfits several times as well. 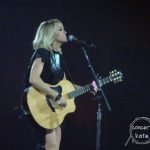 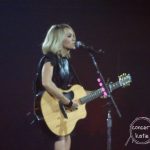 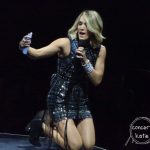 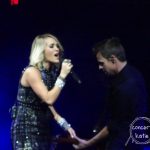 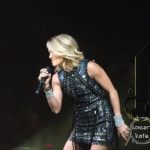 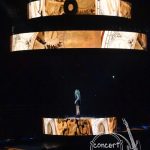 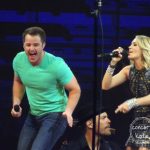 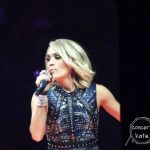 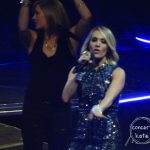 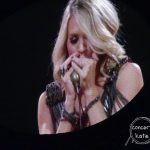 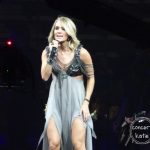 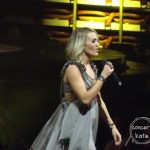 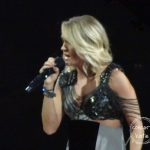 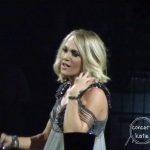 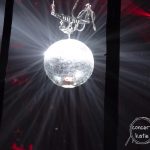 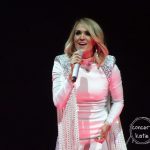 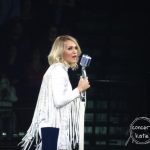 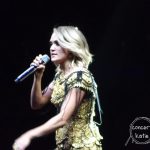 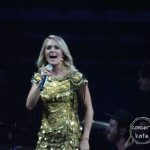 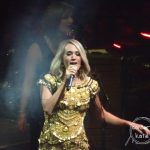 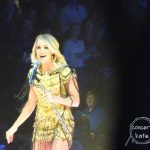 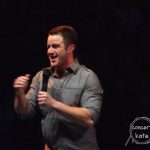 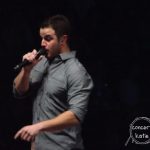 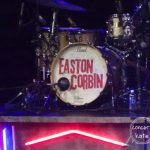 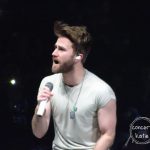 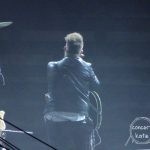 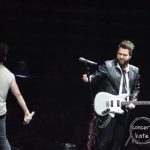