November 4, 2016 by ConcertKatie No Comments 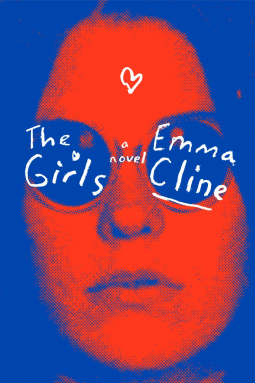 The Girls is a book that I had been hearing a lot about. It is about a cult and takes place in the 1960s.  I got sucked in to this book immediately, it is really well written.  The book is in 4 parts and bounces from the late 60s when all the cult things were going on to whatever the “modern day” is.  The book follows Evie whose parents are divorced. She is living with her mother but when she starts hanging out with the cult she begins acting differently and ends up getting sent to live with her father.  She ends up running away to be with the cult again because she thinks that is where she belongs.

This was one of those books that I just didn’t want to put down and really enjoyed – until the end. I don’t know what it was specifically but the end of the book was a bit “meh” for me and I wish that it had ended differently. Not to the point that I regret reading the book because I did otherwise enjoy it – I am just weird with book endings, I guess!

About the Book
Girls—their vulnerability, strength, and passion to belong—are at the heart of this stunning first novel for readers of Jeffrey Eugenides’ The Virgin Suicides and Jennifer Egan’s A Visit from the Goon Squad.

Northern California, during the violent end of the 1960s. At the start of summer, a lonely and thoughtful teenager, Evie Boyd, sees a group of girls in the park, and is immediately caught by their freedom, their careless dress, their dangerous aura of abandon. Soon, Evie is in thrall to Suzanne, a mesmerizing older girl, and is drawn into the circle of a soon-to-be infamous cult and the man who is its charismatic leader. Hidden in the hills, their sprawling ranch is eerie and run down, but to Evie, it is exotic, thrilling, charged—a place where she feels desperate to be accepted. As she spends more time away from her mother and the rhythms of her daily life, and as her obsession with Suzanne intensifies, Evie does not realize she is coming closer and closer to unthinkable violence, and to that moment in a girl’s life when everything can go horribly wrong.

Emma Cline’s remarkable debut novel is gorgeously written and spellbinding, with razor-sharp precision and startling psychological insight. The Girls is a brilliant work of fiction—and an indelible portrait of girls, and of the women they become.