October 12, 2016 by ConcertKatie No Comments

Thursday night Tyrone Wells brought his “Cover to Cover” tour to the Fairfield Theater in Fairfield.  I had opted to buy a VIP ticket to the show which meant I’d get to have a pre-show performance and M&G with Tyrone.  When I showed up, Tyrone informed me that usually there are a few people for VIP but that night I was the only one and asked if I had any requests.  Of course, put on the spot I couldn’t think of anything that I wanted to hear! He said he would pick something then and I said that was probably the best plan.  We hung out backstage and chatted and he performed “Happy as the Sun” for me.  Then we were informed that there was a 2nd person for VIP so Irene joined up and he did a couple more songs – For Who I Am and Dream Like New York.  We all chatted some more, took some pics and then the doors opened.

Andy Suzuki and The Method opened up and they were really great. Andy was really great with the crowd interaction – even stopping a song after a guy fell getting to his seat to make sure he was ok – and then asking him again near the end of the show if he was alright.

Tyrone’s Cover to Cover tour was both to promote his latest release, Covers One (out now on iTunes!) but also to play songs from each of his albums (with the exception of the first one because he didn’t want to subject anyone to that)  He did 3 of the 5 tracks from the new EP and a mixture of his original tracks new and old.  He talked a bit about one of his upcoming projects which is a children’s book and one of the songs on the EP that will be included with it includes a “star performer”, his daughter!  In order to bring the character he created to life in the book he will be starting a kickstarter to raise the funds needed.  I am looking forward to supporting and hearing more about this project.

Tyrone ended his set with “More” and said that he had told the venue to play the music again but everyone got rowdy and wanted him to come back for one more song so he finished his set with “When All Is Said And Done” and at the end of the song came away from the mic and just completely ended the song beautifully and acapella. 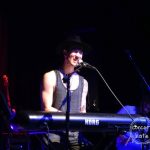 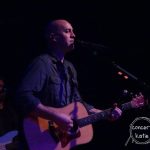 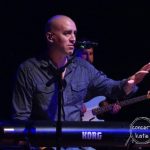 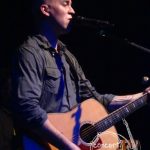 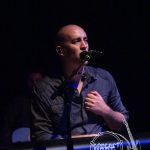