September 12, 2016 by ConcertKatie No Comments

As I mentioned before – Hanson is having us choose their top songs for reasons as yet unknown. (And whether or not we’ll ever know remains to be seen)  First they asked us to choose our Top 25 from (most) of their studio albums and B-sides.  The next survey was asking us to pick a Top 15 from their Members Only content.

For those of you who may not be Hanson fans – each year they release a CD of  about 5 tracks to current members of their fanclub that year as a thank you for being members.  In addition to these EPs they also listed some songs from EPs that were available to the public as well, though perhaps not as widely available as studio albums.

I took the same approach to this list as I did with the album lists – sorted them into “Yes”, “No”, “Maybe” and hoped I’d land somewhere near 15 with my “Yes” pile.  After the first go through I had 20 in my Yes column so I ended up having to remove 5 instead of adding some like I needed to do in the Studio list.

Looking back at the list, I’m not sure now (a couple weeks later) how I came to this conclusion and I might have a different list if you asked me to do it again now. I admittedly do not listen to the Members Only stuff as much as the rest – not because it’s not as good but typically I have the CD in my car after the Members Only Event and release and listen to it a bit too much for the following few weeks/months and then never really bother with them again. (And then lyrics to them end up being the trivia at BTTI and I do terribly or they end up playing them live at BTTI and I struggle to sing along – I really need to start making a playlist in November/December of them to prep me!) 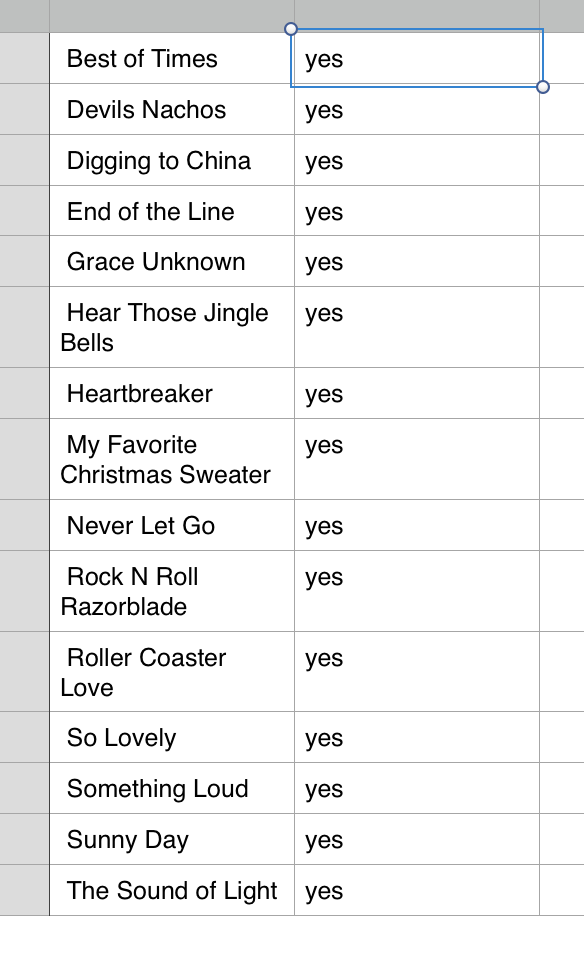