Friday August 5, the My2k tour rolled in to the Foxwoods Casino.  Christine and I decided to go all in on this tour and bought the Ultimate VIP package which included front row and a M&G with the artists on the tour.  As if that was not enough, we also opted to add-on the O-Town VIP M&G as well.

The My2k VIP session was first – which included a group photo with all of the bands on the tour (ultimate VIPs got individual photos and everyone else was groups of 2 or more) and then an acoustic session with 98 Degrees and a Q&A session that was pretty funny – my camera started freaking out at this point so I was trying to take as many pics with my phone as with my camera – scrapbooking girl problems.  After the Q&A the ultimates were taken on a backstage tour where we rode the elevator with 98 Degrees keyboard player, took a trip into the dressing room where we found Trevor ironing, saw Jacob walk by and I also saw Justin from 98 Degrees pop his head out of their dressing room for a second.  Their cases of clothes for the show were also there.  After our tour we were given the information on where to go if we wanted to stand on stage for part of the show and then we were met by OTown’s tour manager to take us to the OTown VIP area.  It was at this point that Christine was asked if she wanted to be on stage with 98 Degrees.  We had a bit of “unfinished business” on this tour and our mission was to get her on stage w/ them so to say we were excited was an understatement. (And of course my camera was being an idiot but was hoping it would come through to record video of her – spoiler – it didn’t)

O-Town did pictures with us first and then did an acoustic set.  We got signed posters which Dan personalized for us and then we got selfies with the guys as well! I found their VIP to be totally worth the $150 whereas the $500 for the My2K Ultimate… our answer was “yes and no” to was it worth it. I mean – without it Christine wouldn’t be going on stage but we didn’t get all that much more for paying 2x or 5x what everyone else did.

We got back to our seats just before the show was set to start and found out that they were going to let the first 3 rows up to the front, but we’d have to sit down again after each set.  First up was Dream and we got our front row spot claimed.  During Dream’s set, Melissa fell down right in front of us. But she popped right back up and kept going like nothing happened! After the song she said she know we all saw it and she hoped she would go viral like Bieber tomorrow!

Next up was OTown and the mob of people rushing to the front row got worse, but Christine grabbed me in and we claimed our front row spots.  During one of the songs – I’m not sure which one but I think it may have been Lines & Circles, I went to take a picture of Erik and he bent down in front of me and sang right to me and then pet my face lmao  My one goal was to get one of the guys to take my phone for These Are The Days, but none of them did. (Neither did Dream when they were grabbing phones. Fail.)  O-Town’s set was short since they weren’t headlining which is why they did the add-on acoustic set for VIP.

Ryan Cabrera was up next and we decided to sit during his set since we had been up and on the go for several hours at this point.  The mob going to the front row scared me so Christine talked to security to make sure I’d get the front row spot I had paid for and not get trampled in the process of trying to get up there.  After Ryan, security ended up letting me go up to my spot early before anyone else could – but once the TV switched music videos there was a mad rush and the barricade started to tip over! Fortunately it couldn’t really go anywhere with the stage being there but it was scary for a few minutes!

Then it was time for 98 Degrees! They had a really solid set and even included a medley of some of the other hits from the late 90s/early 00s including LFO, BSB, NSYNC (we lost our shit) and Britney Spears.  We knew that after the Prince medley, if we wanted to stand on stage we had to leave our spot but I wasn’t too interested in standing on the side of the stage and needed to keep my front row spot to record Christine! During the medley O-Town and Dream came back out to sing as well which was cool.  Then it seemed like forever until it was time for I Do!!!

Then Christine appeared on the stage and the girl next to me who took her spot was flipping out that she was just right next to me! She had on a veil and went from each member of 98 Degrees until she reached the bottom with Drew and he slow danced with her. Despite the fact that I was recording, I had to scream.

After the show, I hung around to meet O-Town again – mainly because I spent $40 on a poster before I realized that I got the same one in VIP.  More selfies and love from the guys and then we went to eat. We saw Ashley from Dream playing Craps on the way there and afterwards I found Dan and chatted w/ him for a bit. It seemed like they were all getting ready to leave but I was so exhausted I didn’t try to find anyone else, I just went off to my hotel.

I wish that I could have gone to more shows on this tour because it was such a great tour and a lot of great acts but unfortunately it didn’t work out. At least I went big with the show that I did end up going to 🙂 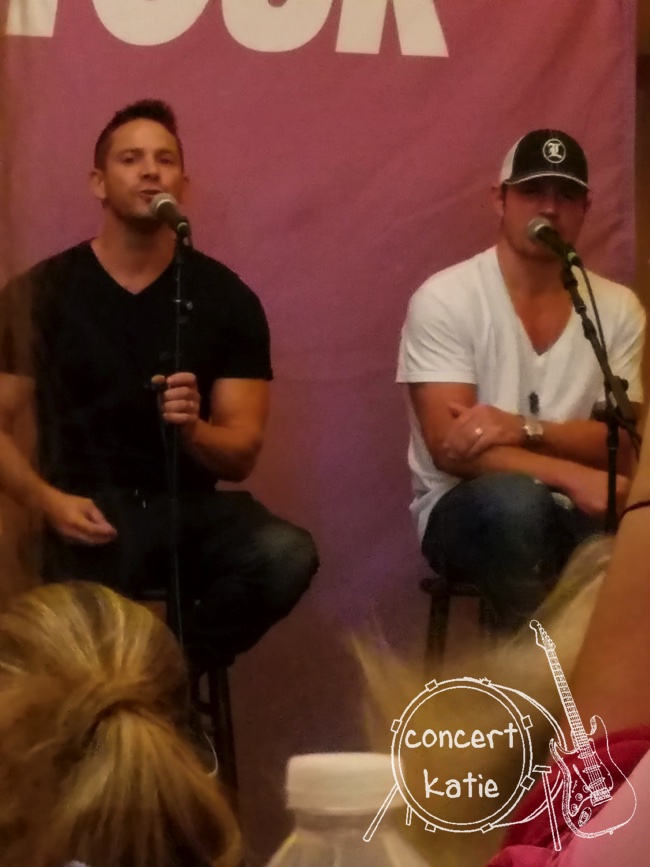 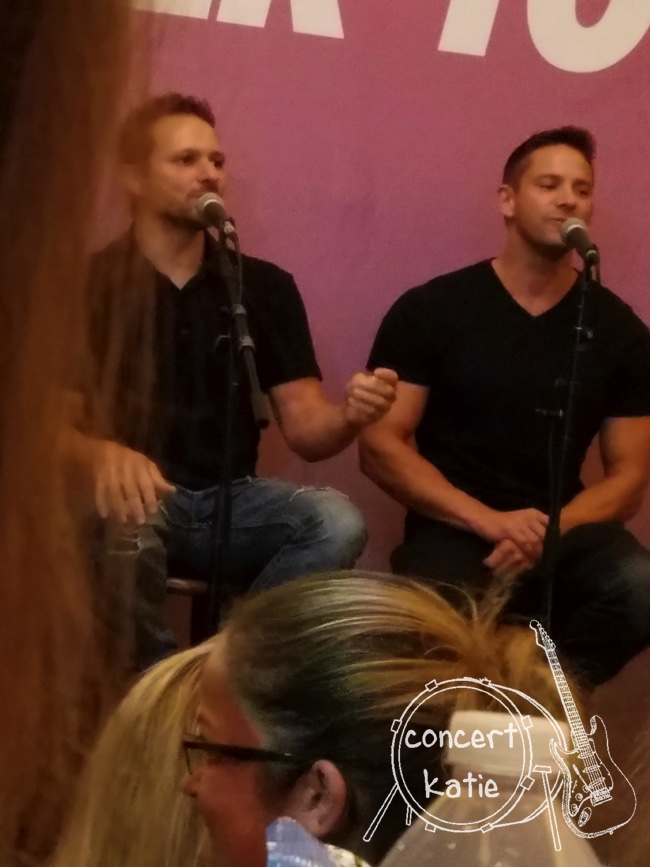 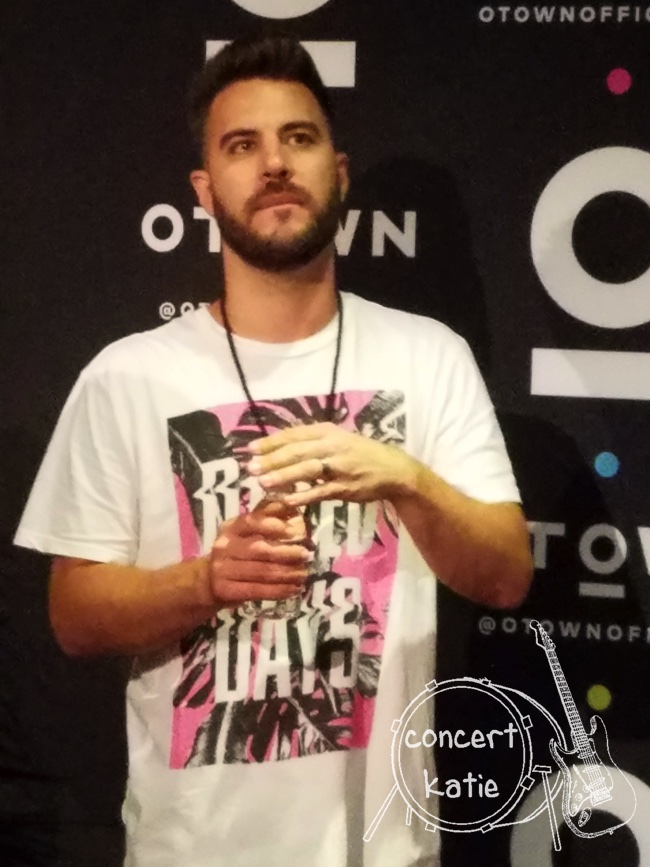 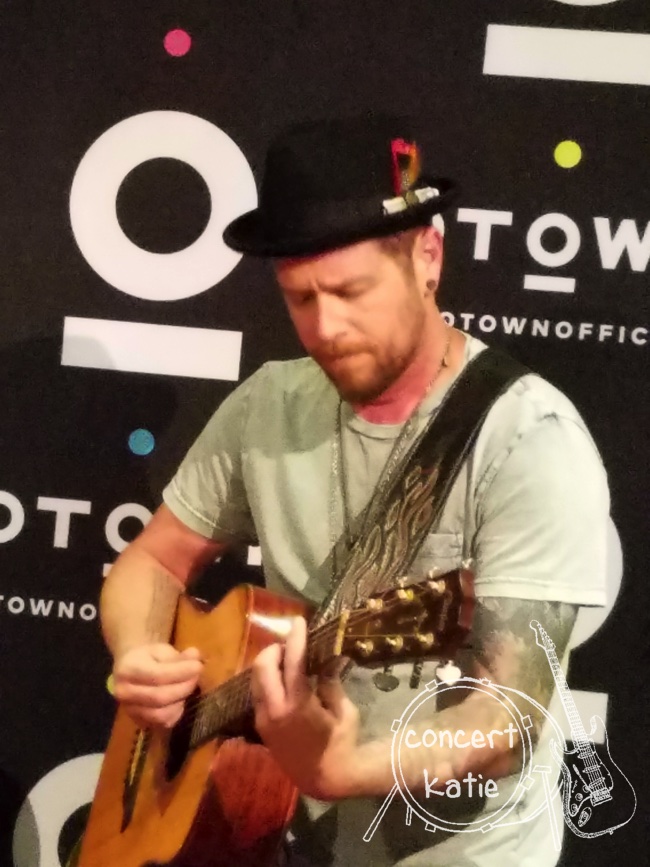 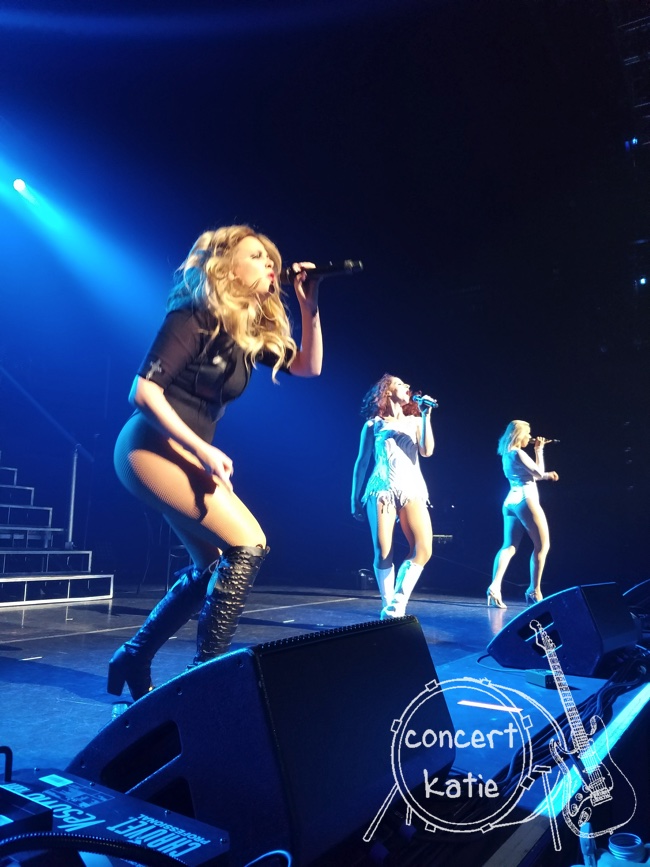 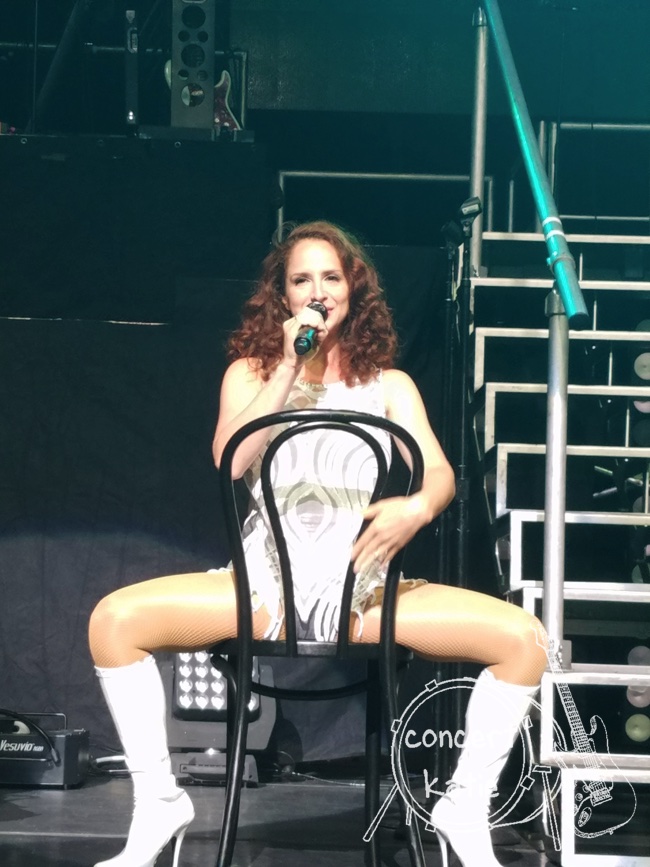 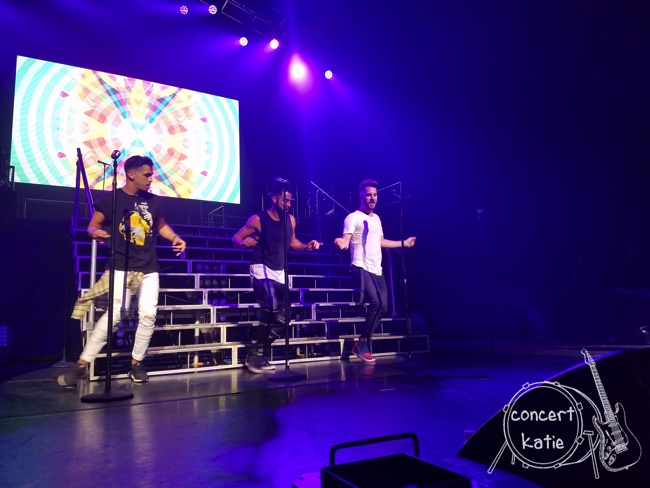 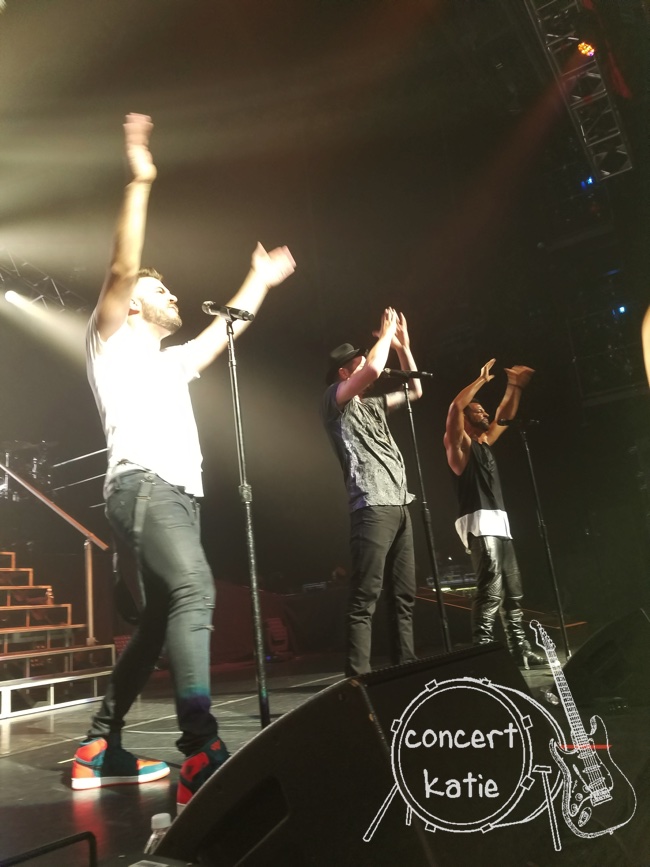 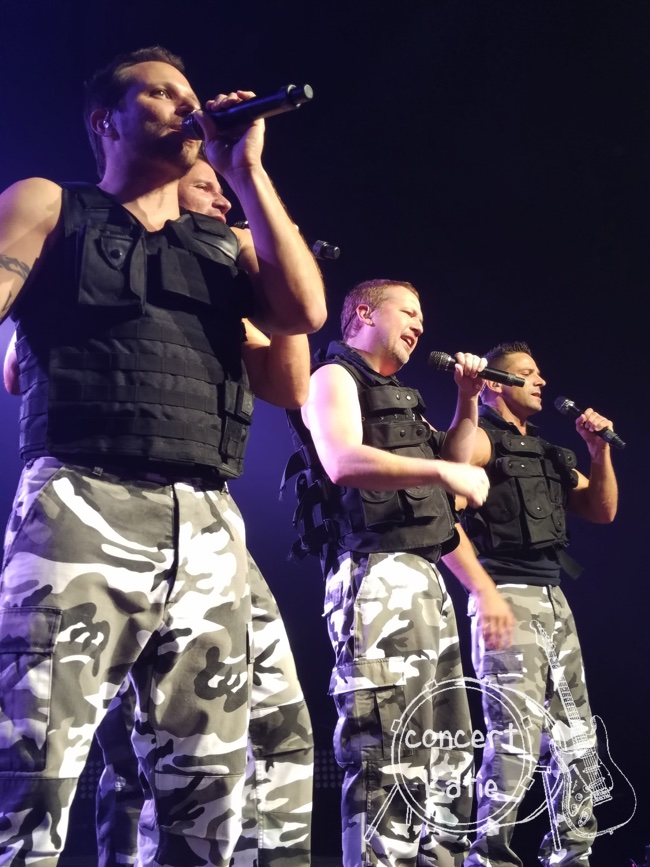 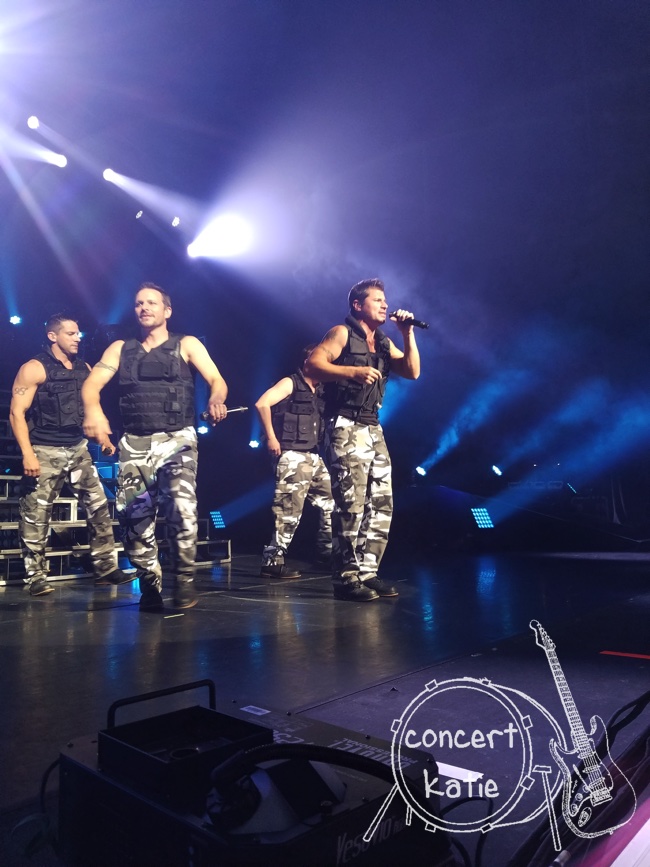 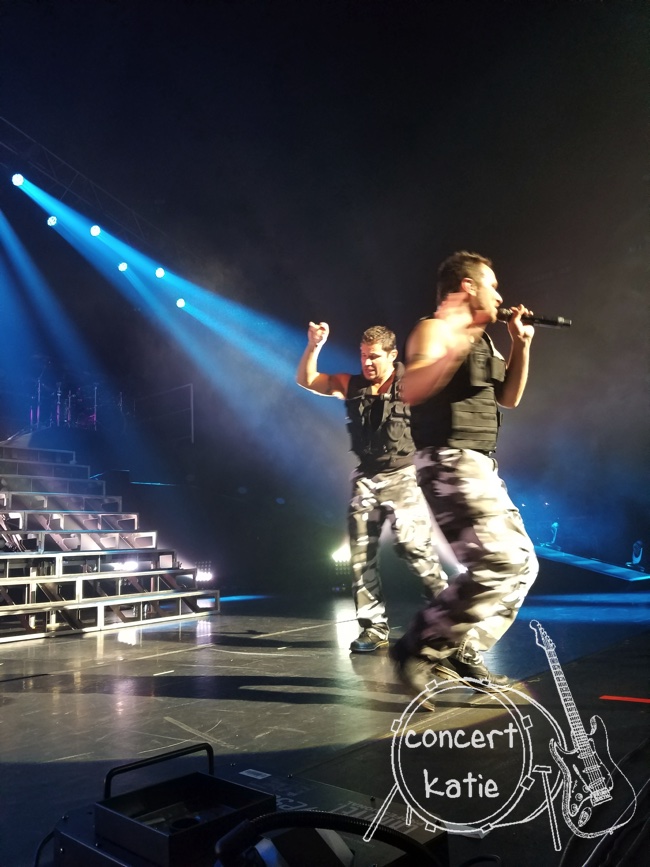 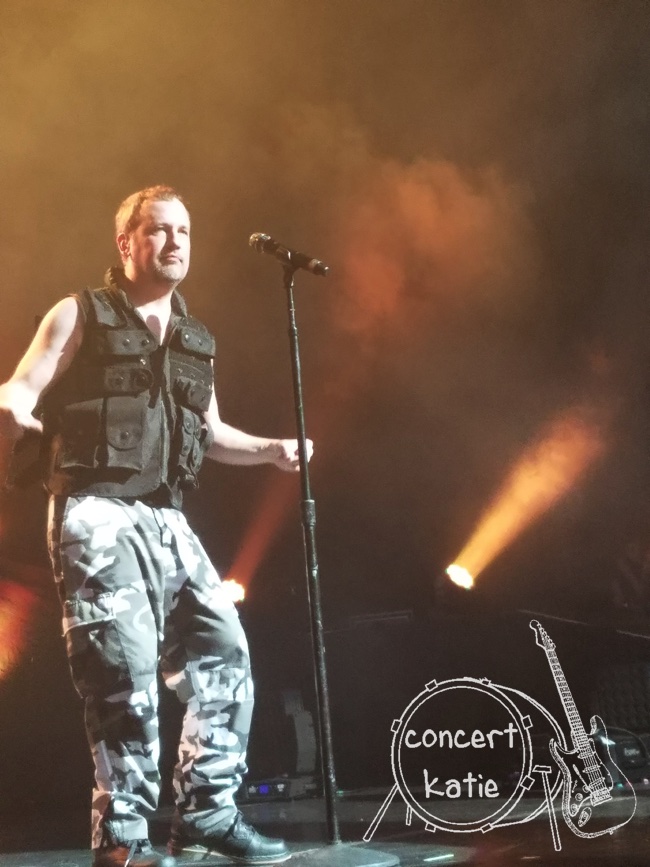 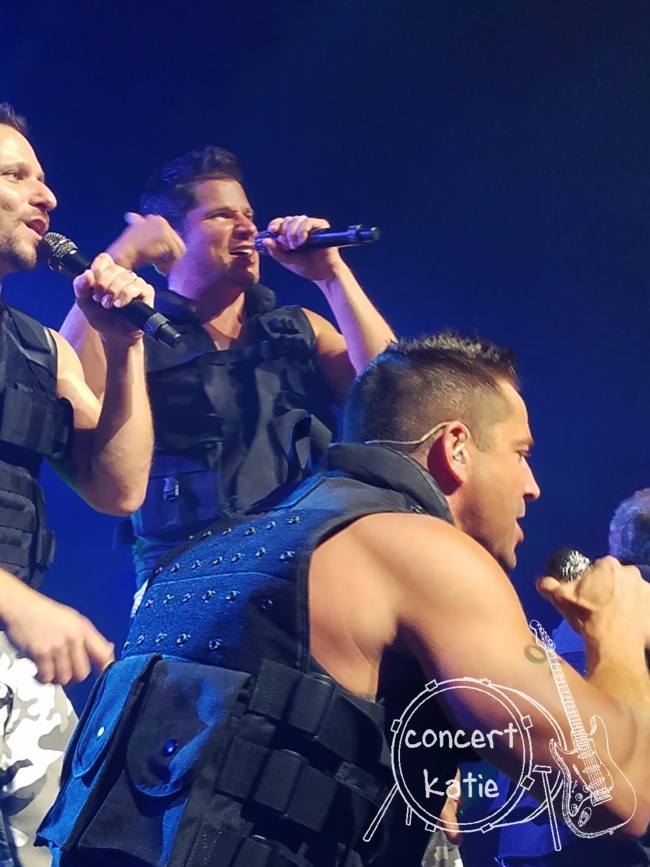 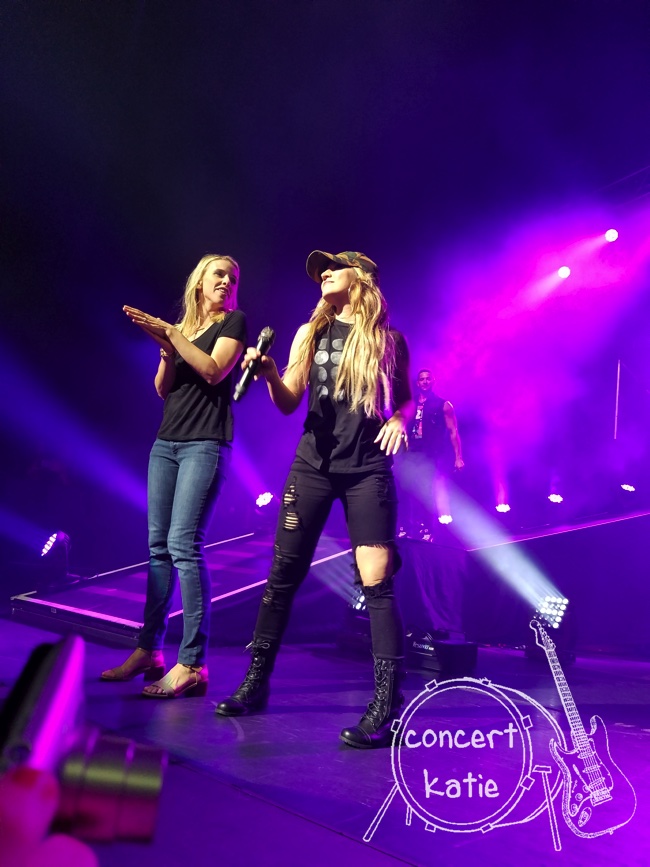 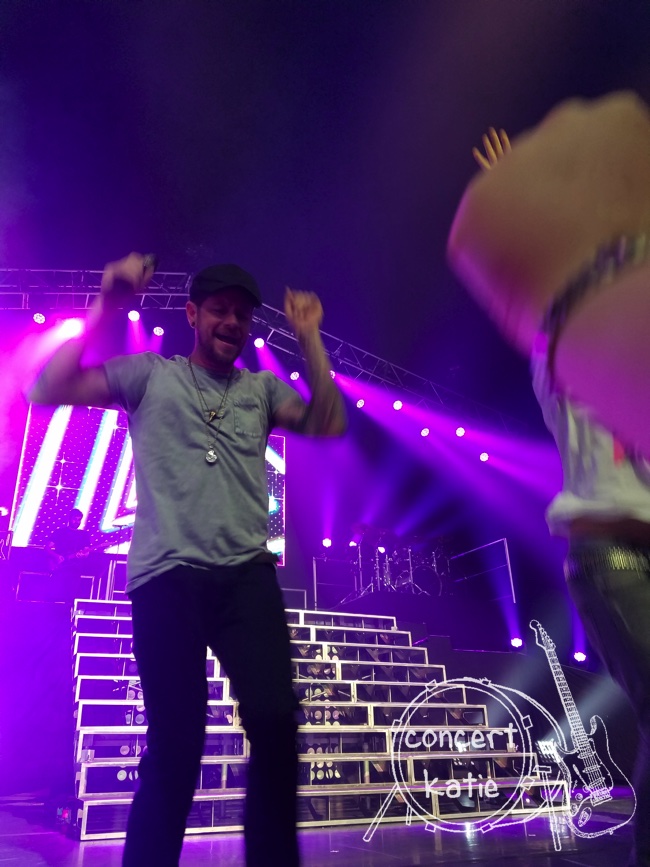 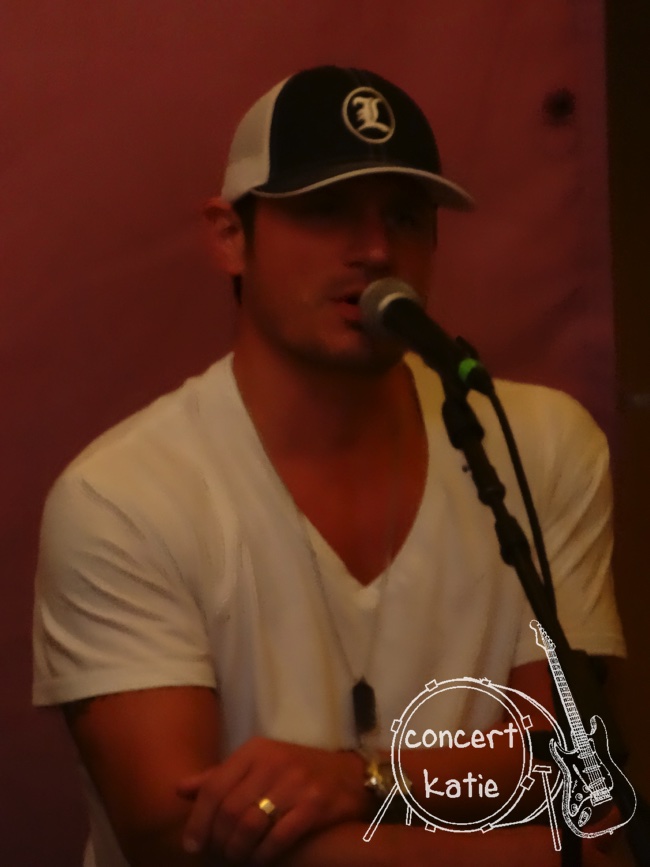 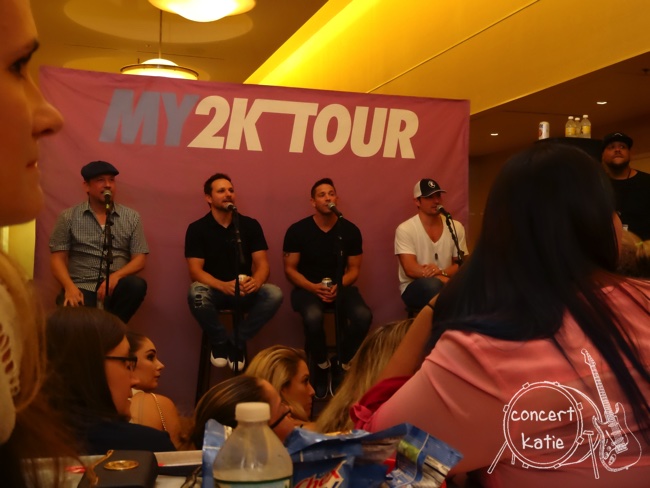 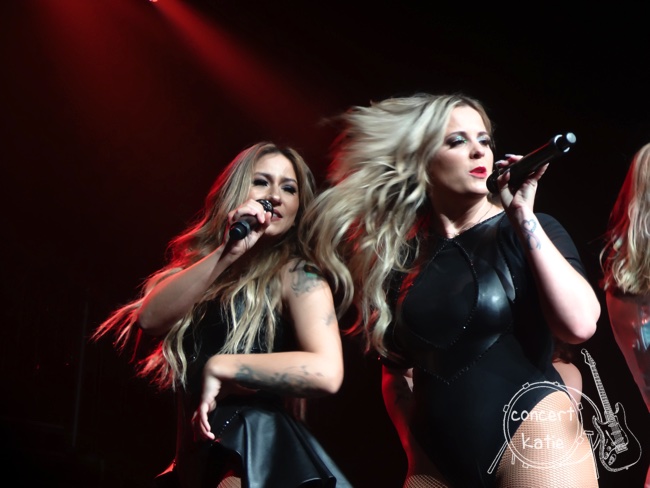 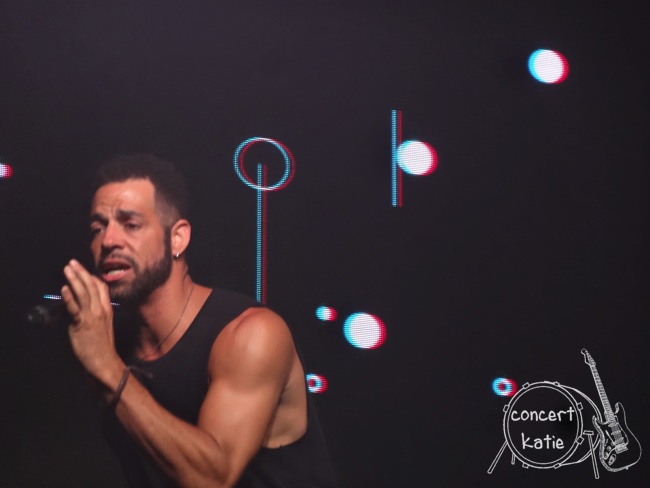 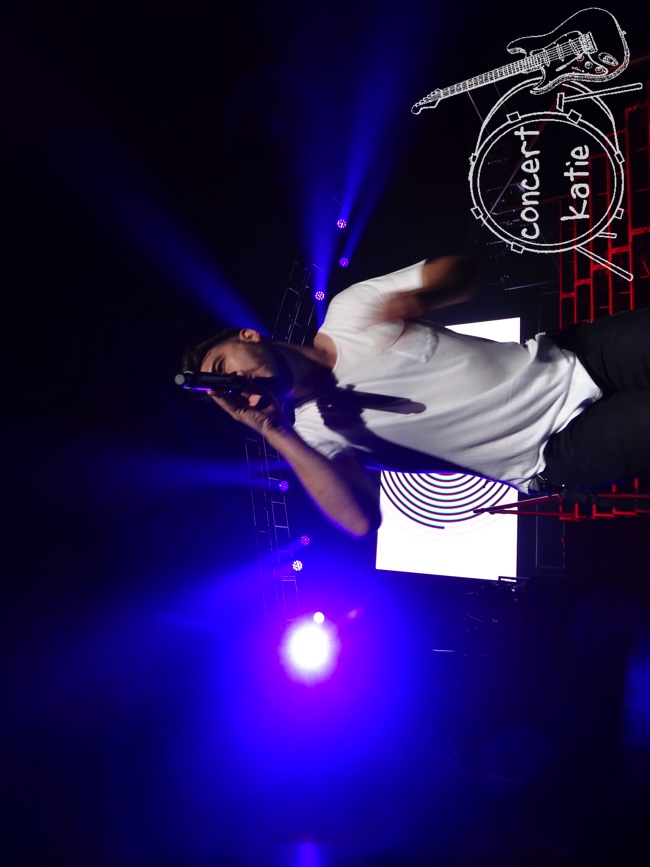 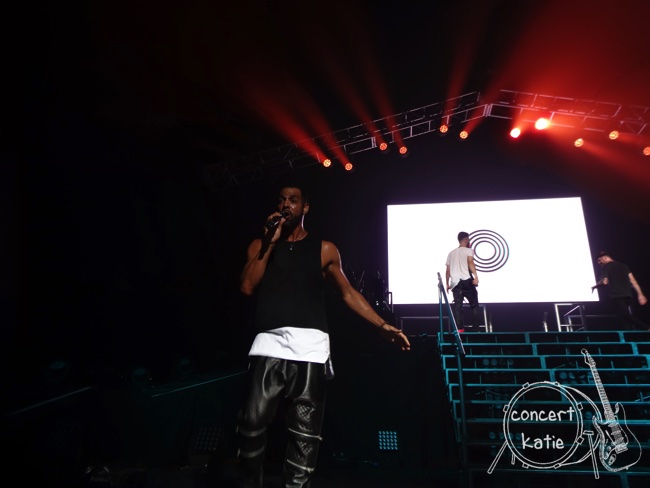 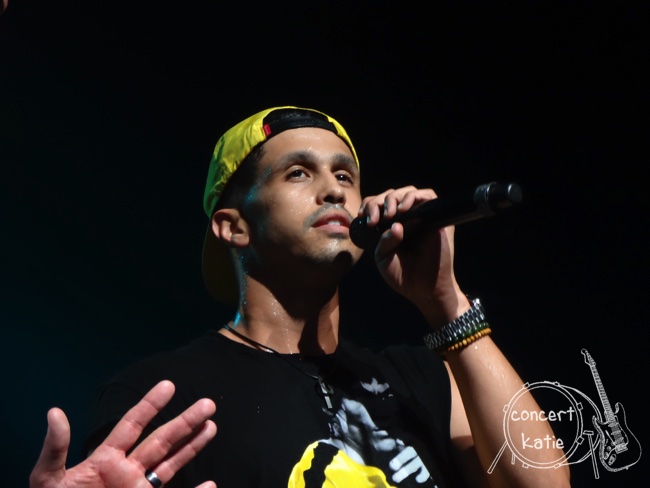 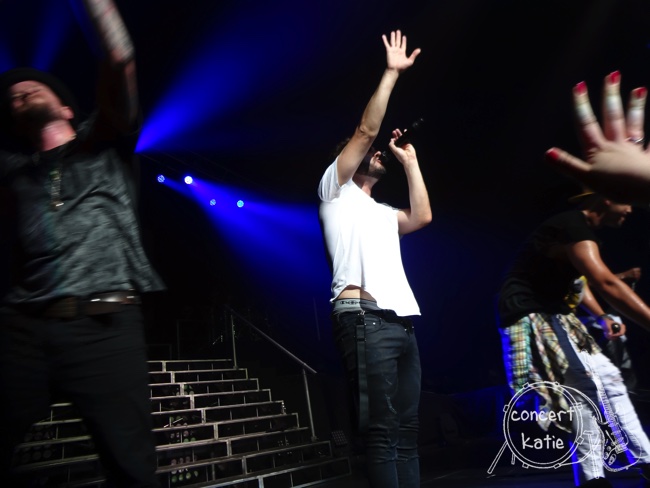 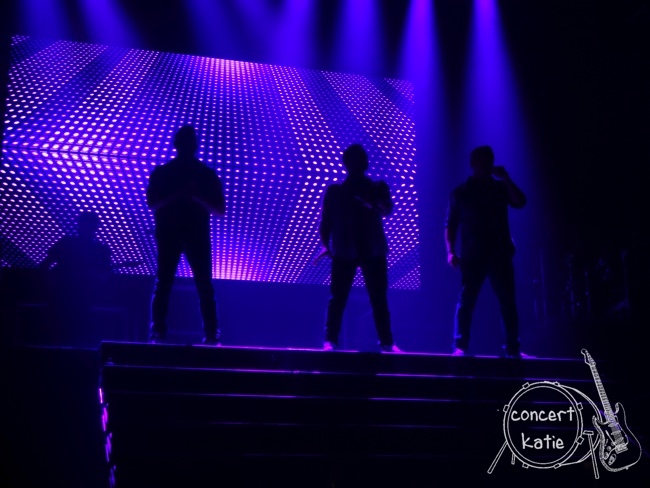 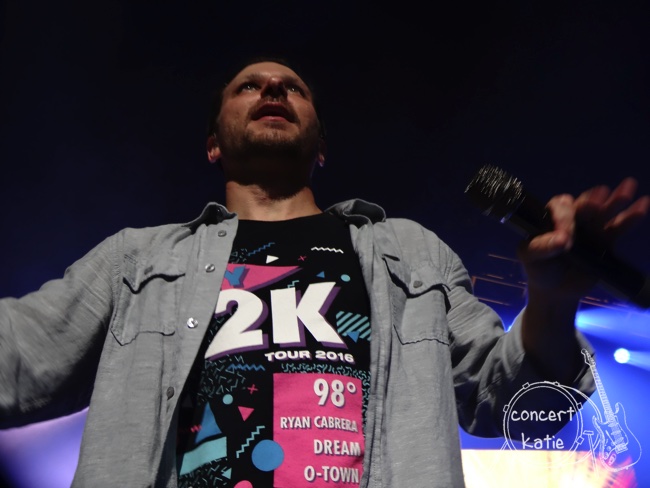