June 6, 2016 by ConcertKatie No Comments 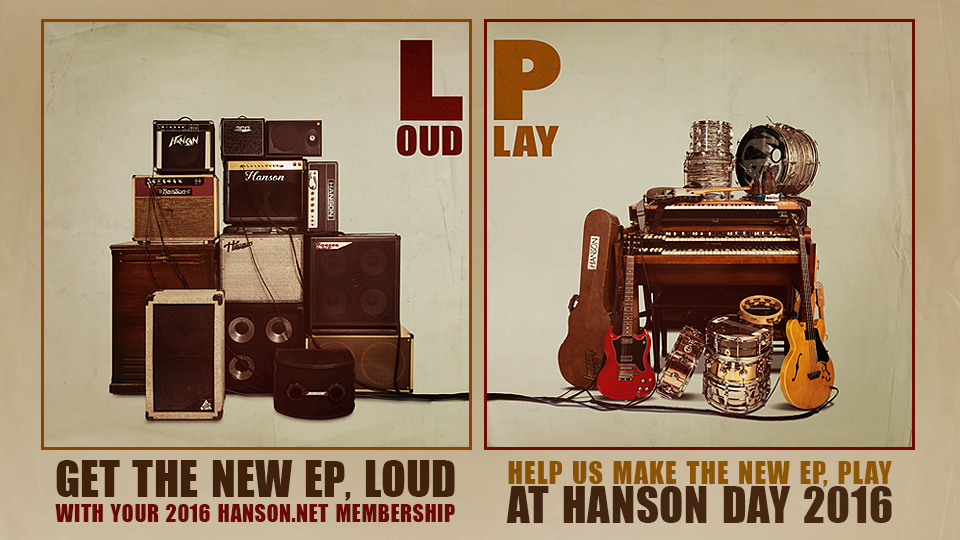 In October, Hanson will be releasing the companion to their “Loud” (Members Only) EP in the EP called “Play”.  This EP will not be members only and is currently available to pre-order on Hanson.net – however it is only available as a digital download purchase to the public and as a vinyl for Hanson.net Members paired with it’s companion so you get L + P = LP. (Get it?)

A few weeks back in Tulsa I had the pleasure of not only being treated to a sneak peak of 4 of the 5 songs live – but also had the chance to lend some vocals and stomps to the recordings as well.

If the live performances were any indication – this is going to be a Hanson release you don’t want to miss out on.

We had the chance to hear a very early version of Zac writing “Do You Believe In Love” on a stream that Hanson played on their site during the recording of “Loud” and I’m pretty sure we all unanimously decided that we HAD to hear this song sooner rather than later.  It turned from a piano ballad to a song in the style of The Darkness, but I’m pretty sure I would love it no matter what kind of arrangement they did to it.

I have the countdown to October started and can not wait to do an actual formal review on this EP soon!