May 13, 2015 – Nick Fradiani wins American Idol.  May 13, 2016, Nick Fradiani does a headlining set back home in Connecticut.  Which if I’m not mistaken was his first headlining show in the state – not including the Idol tour.  On the bill for the night also included some other great acts from Connecticut – Sarah Barrios, Ian Biggs and The Alternate Routes.

This was my first trip to the new College Street Music Hall in New Haven and I have to say I was very impressed with it.  I opted to get tickets for the balcony, but the floor was split GA and chairs and has several levels to stand on so I think it would be a great place to see some other shows as well and I will definitely consider returning! (It helps that there is a parking garage directly across the street as well!)

Unlike previous Idol winners, Nick’s debut album was not rushed out shortly after the season ended.  It has been a year and it is not out yet despite many of us pre-ordering it shortly after the season ended.  Nick announced that the album would be out August 5th with music starting in July – a song a week to those who preordered until the release date.  It will be called “Hurricane” and he did several songs which I assume will end up on the album.

His set was a combination of original songs and covered.  His band was made up of his Beach Avenue band and his father.  Throughout the show he was struggling with a mic that kept turning off and in ears  that didn’t seem to stay in his ear that he had to keep fixing throughout the show.  He alternated between standing behind the mic with his guitar and leaving all the music to the band and walking around the stage grabbing hands.

My only “complaint” was that he didn’t mention all the song titles.  It seems that someone else has been paying more attention than me though, since Setlist.fm has the entire setlist with the exception of one song (You’re still breaking my heart?) but the great thing about setlist.fm is that if someone updates the list – the list I have posted here will update as well.

Nick also promised to come back every year to play for as long as he is playing music. 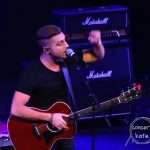 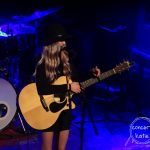 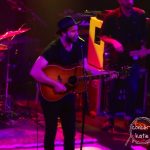 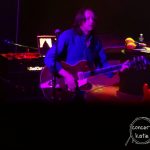 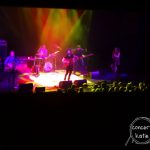 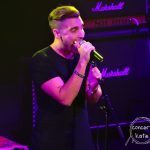 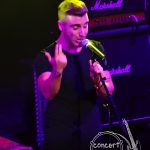 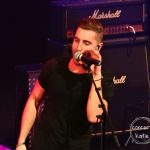 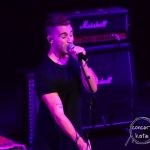 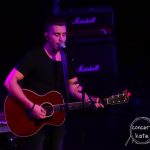