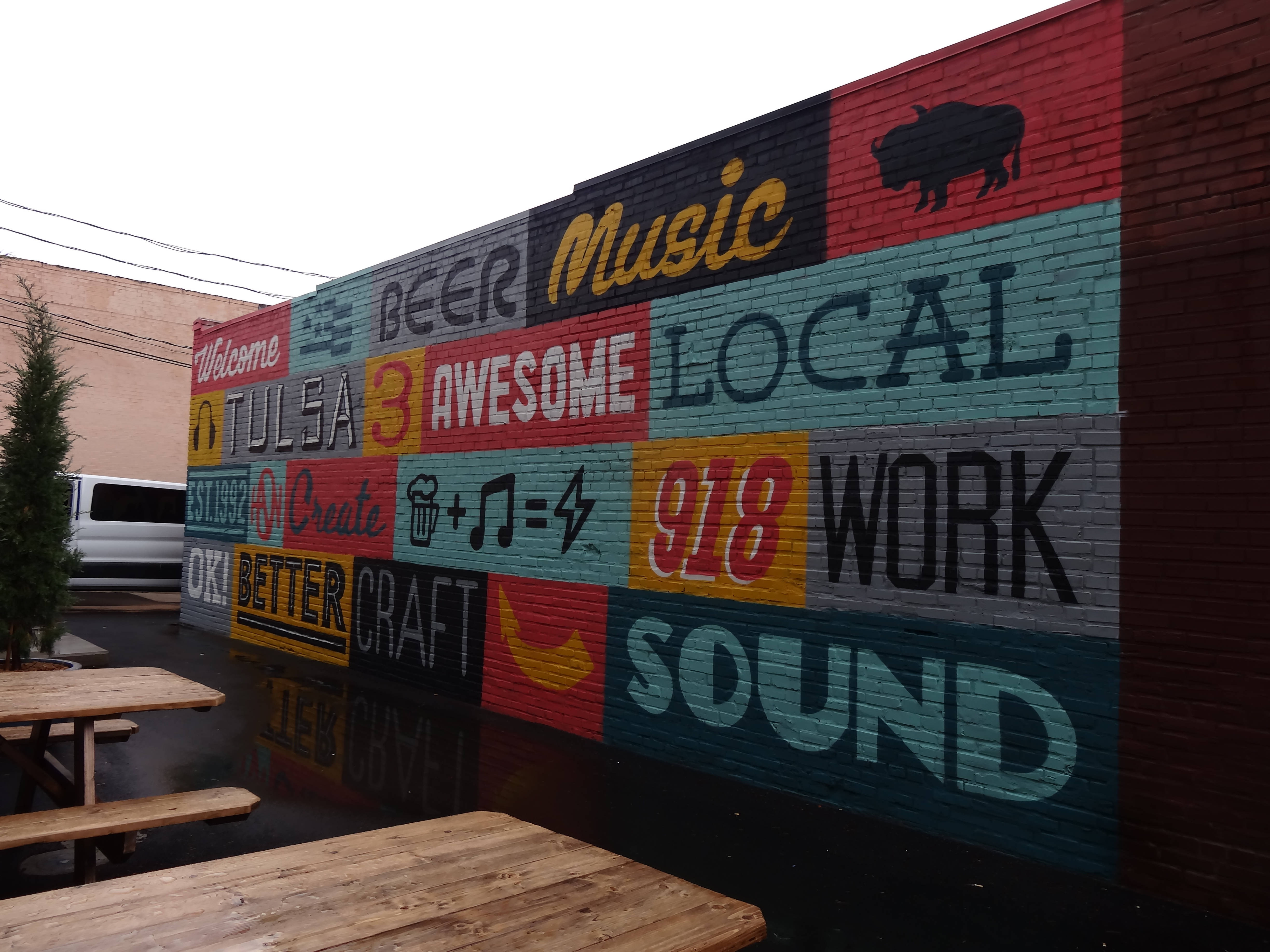 I have started this post over and over several times but since it kind of needs to be posted… oh, yesterday (that’s when I originally had it scheduled for) I figured I’m just going to throw together some words and  hope it makes sense.

Last weekend I made my 8th trek to Tulsa, my 7th for a Hanson Day (weekend) event.  I got in on Thursday, we went to lunch at Spaghetti Warehouse (and we probably won’t be doing that again) and then waited around for registration to begin.  I was doing some volunteer work for Hanson helping them out and my first shift was registration that was supposed to begin at 4, but ended up starting early around 2:30 instead.  I realized on the flight there the one thing I forgot was my raincoat – and of course it rained.  After my shift was over we went to the store where I spent far too much money.  We took it easy the rest of the night even though there was Karaoke going on because we knew we would be jam packed the rest of the week.

Friday we headed to the gallery and while I would love an original painting done by Zac, I was not willing to stay out overnight in order to get one and that is what most of the girls in the front of the line did.  I did end up getting one of the 40 canvas prints that was done of one of the paintings and a book that showed all the artwork that was done.  While we were waiting in line, Zac was there chatting (but left as we reached where he was in the line) and later Taylor came by – but he left once we were finally allowed upstairs! Poor timing.  Then it was time for group photos, I had to do some more helping out with registration and it was time for the lectures.  The lectures are an add-on and each band member does something different.  Isaac did his lecture on “You Matter” which was motivational and about how we were all in that same room together for a reason and everything happens for a reason and if you do good it will make others want to do good too.  Taylor’s lecture was called “Unwritten” and gave us an inside look on how he wrote some of the bands songs – and how if he didn’t wake up in the middle of the night or didn’t continue writing a song while everyone else was sick, some of those songs would remain unwritten and even though there’s only a few notes or a few chords they can all be put together in different ways to create different songs.  Zac’s lecture was called “Choo Choo Trains of Thought” and he wrote a song with our help… that sounded like… a train.  It actually came out sounding really cool, a really neat beat and I am looking forward to it being released!

Friday night was also the street team leaders dinner where we had some BBQ, got to hear from the guys some things that would be coming up and then we headed back to the hotel for a Tim Tam party before the Dance Party that evening.

Saturday we met up with a friend for lunch and then got ready for the State of the Band.  During the State of the Band they talk about what is coming up in the next year (since they consider their calendar year to begin in May) and have also started doing something called “The Moeys” which are awards handed out to fans based on different categories.  This year I was nominated for MVP so I was super nervous!  State of the Band started late and to be honest I was so nervous I don’t remember much of it.  There will be a world tour next year and also a new Christmas album for 2017 with the working title “Wintery Mix” (sic)  Of course, my MOEY category was last – BUT I WON! I got up on stage (With the help of Isaac and Taylor) and accepted my award and had to give a speech. When I got back down to my chair I said “I don’t even remember what I said!” There is a huge chunk of it I can’t remember – from getting up the stairs until I got back down them haha fortunately my friends took video and Hanson streamed it as well so I can fill in the blanks 😉 It was really awesome to have won a fan voted award – especially since I have spent so much of my life being bullied and an outsider due to being disabled and being a Hanson fan. It’s nice to find a place where I “belong” and people like me enough to vote for me!

Saturday night was the members only concert as well. The first part of the show was them playing the new members only EP “Loud” and the second was them having us record elements of the companion EP that will be out in October called “Play”  The rest of the show was your general Hanson show – except the sound system seemed to be off and there were a few lyric flubs.  It wasn’t the best concert ever, but even a not so great Hanson concert is better than anywhere else I could have been in that moment.

Sunday was Hanson’s beer & music festival – The Hop Jam.  They were not performing and I was volunteering so from noon until the festival was over I was hard at work helping out the team wherever I could.   I did manage to catch part of Edward Sharpe and the Magnetic Zeros set though, and was glad I was nearby for the encore when Hanson went up on stage and did “Instant Karma” with the band.  I feel silly summing up the whole festival into a paragraph, but I’m not sure you really care that I did 400% of my step goal, folded a ton of chairs and banners and took down signs from light poles all evening!

Next years event should be bigger and better since it will be 20 years since Middle of Nowhere and 25 years as a band! I am looking forward to it.  I’m also looking forward to them coming back to CT for the first time in 5 years this summer!