Book Review: Music in the Age of Anxiety 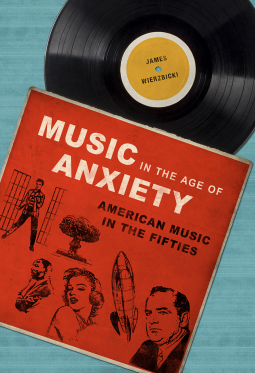 Music In The Age of Anxiety is a book with 9 chapters, each focusing on a different musical genre.  The book works as a full book or each chapter can be read as a standalone essay.  It talks about how there is particular music that fits into a particular time and that in the 50s there were a lot of songs about love and sex that were pop songs.  Then that evolved into rock n roll and rock around the clock.  There was also race music.  This was when major labels got artists media attention and the music industry as a whole started taking off.   There is also an essay on jazz music, hollywood having cutbacks and layoffs, the beginning of the sci-fi genre and concerns post war as well as Broadway being more popular with mixed races in some of the shows.  Also featured opera, classical music, modernists and mavericks.

It is always interesting to look back at where things somewhat began and to see what has changed and what has stayed the same over time. I received a free e-copy of this book in order to write this review. I was not otherwise compensated.

Derided for its conformity and consumerism, 1950s America paid a price in anxiety. Prosperity existed under the shadow of a mushroom cloud. Optimism wore a Bucky Beaver smile that masked worry over threats at home and abroad. But even dread could not quell the revolutionary changes taking place in virtually every form of mainstream music. Music historian James Wierzbicki sheds light on how the Fifties’ pervasive moods affected its sounds. Moving across genres established–pop, country, opera–and transfigured–experimental, rock, jazz–Wierzbicki delves into the social dynamics that caused forms to emerge or recede, thrive or fade away. Red scares and white flight, sexual politics and racial tensions, technological progress and demographic upheaval–the influence of each rooted the music of this volatile period to its specific place and time. Yet Wierzbicki also reveals the host of underlying connections linking that most apprehensive of times to our own uneasy present.

James Wierzbicki teaches musicology at the University of Sydney. His books include Film Music: A History and Elliott Carter.