Book Review: Beside the Music

March 4, 2016 by ConcertKatie No Comments 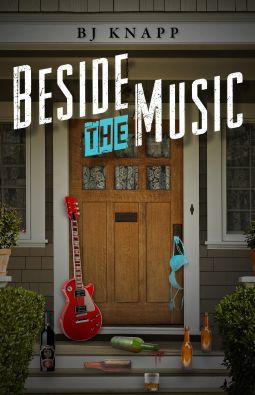 Beside the Music is about Brenda Dunkirk.  She and her husband decide to take a getaway to Orlando and she checks out another rock n roll memoir from the library before leaving.  This time she is reading Keith Kutter’s biography, bassist of 80s metal band Hydra that she loved as a teen.  Her husband is running for senate so they take a vacation to have some time to themselves, but Brenda can’t seem to put the book down.

When they get home, Brenda decides to write Keith a fan letter.  She sends it off to Australia and thinks nothing of it.  A while later, flowers are delivered to her house and she assumes they are from her husband. But they are from Keith, who wants to meet her!  They have dinner, which is interrupted by paparazzi.  Later Keith comes to Brenda’s home and starts writing a new song on her deck in the rain with her guitar.

Keith usually likes to write an entire album in the same spot so the band asks if they can stay at Brenda’s house for the time they are recording. They will hire a housekeeper and pay Brenda and Tim $50,000.  Brenda somehow gets Tim to agree… and so the band and their crew moves in!

The band living at the house puts a strain on Brenda and Tim’s already iffy marriage.  Tim ends up moving out and Brenda wants the band GONE.  But she signed a contract.  Can she get out of it? And will the band ever finish the album?

I really liked this book because it was cool to think about one of your favorite bands coming to live at your house and writing an album there and maybe even writing a song about you! Of course the book shows that it’s not all that it’s cracked up to be – needing shower schedules and having no idea when your house guests will eventually leave.  I wasn’t sure if Brenda and Tim’s marriage would survive this added pressure since you could tell in the beginning that they were already a bit on the rocks so to speak.  There was also the added pressure from Tim’s mother Portia who liked to show up unannounced and did not like Brenda.  A lot of fun characters and personalities in this book.

Brenda Dunkirk thinks she’s the luckiest woman in the world when 80s metal band, Hydra, declares her home as their base camp while recording their comeback album. Swept up in rock and roll glamor she risks her already faltering marriage. Tim, her husband, walks out on her and Hydra’s chaos, and to make matters worse her boss is threatening to fire her if she doesn’t get her act together at work. The band will not leave until the album is done–it could be another month or it could be another year.

Ultimately Brenda must choose between the secure contentment of her marriage or the allure of rock and roll. She must decide: is it possible to be one man’s wife and another man’s muse?