March 2, 2016 by ConcertKatie No Comments

Friday night Adam Lambert brought his “The Original High” tour to the Grand Theater at Foxwoods.  I once again won tickets so I had no idea where my seats would be prior to the show.  We ended up in Mezzanine Right, which was not really a bad spot.  Opening the show was Glee cast member Alex Newell.  He came out in a beautiful fur coat that was blue/red/purple that I really liked.  He did about 5 or 6 songs and had everyone yell “YAAAAAAS” a few times and even told us we were “basic” when our cheers for Adam were not up to his standards.  A fun opening set, for sure.

Then it was time for Adam.  Since I’m not a huge Adam fan, I don’t really know most of his newer stuff or anything that isn’t on the radio, really.  But I was pleased that his set was a mixture of new and old so I was able to sing along with about half the songs.  Adam puts on a really great show. He took some time to interact with the crowd and then said he would stop talking and sing since that’s what we had paid for.  He questioned why there were 17 cameras in the front row all recording the same thing and that the whole show was probably already on YouTube.  He also mentioned that one of the fans out in the audience was very creative and had asked her something about the Flintstones but then said “Oh, that’s my shirt”  I wish I knew more of what he was talking about!

He had 3-4 costume changes throughout the night but I think my favorite were the boots that he was wearing for the first part of the set.  They looked like they were really sparkly.

The setlist for this show was a bit different than the previous shows. I had checked early on and saw he was doing “Another One Bites The Dust” as the encore, but it was near the end of the main set for my show. Fortunately even though I had decided to go based on the earlier sets and not keep track myself, someone had kept track and had it posted on setlist.fm by the time I got home! 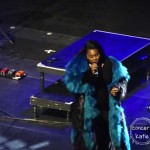 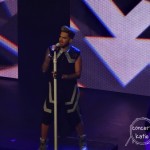 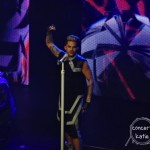 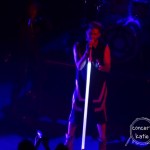 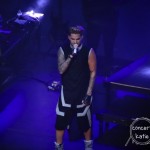 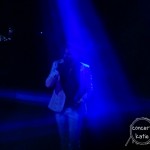 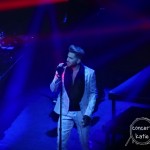 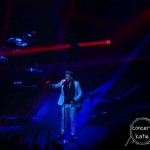 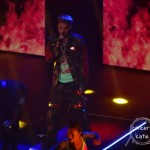 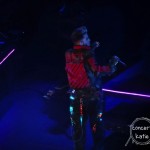 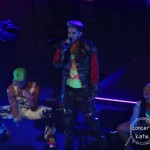 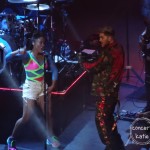 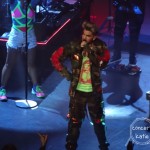 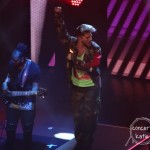 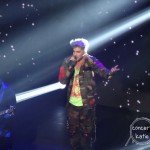 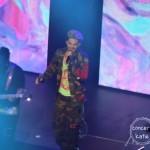 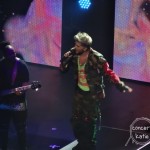 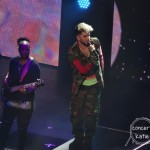 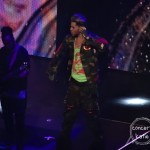 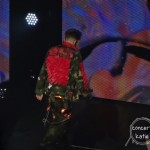