Book Review: The United States of Us 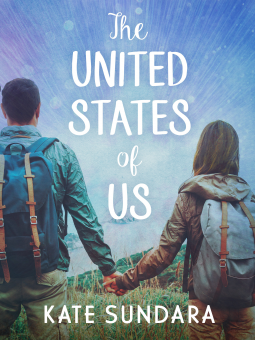 The United States of Us was a miss for me.  The book has an interesting approach to the narrator, as it is told by Robin who is dead and our main character Mia’s friend and first love. He is always with her, a ghost that she can’t seem to shake.  The story starts on Utopia Island in Italy where Mia is spending some time.  One day before she is set to leave, she meets Zak and they seem to have a connection.  Zak wants her to stay, but Mia can’t.  They end up keeping in touch through social media and emails.  Zak wants Mia to come visit him in the USA and Mia ends up working to save enough money to go see him and be reunited.  She goes to the USA to meet him and realizes that things are not what they seemed with Zak.  He is distant at times, has mood swings and seems to have email conversations with not only her, but many other girls encouraging them to come visit him.  With nowhere else to go, Mia stays in town.  I actually checked out of this book pretty early on, but really wanted to see if they explained Robin and how he died and why he was still haunting Mia.  That finally came about 75% in to the book.  I didn’t really like the writing style of this book and couldn’t really get myself as involved in the story as I would have liked.  I guess that is what I get for choosing a book because it had backpacks on the front cover and I just bought a new backpack. (I really should do a blog series on how I pick books to review and how it sometimes doesn’t work out! lol)

A heart-rending story of romance and self-discovery

This is a story about soulmates, not where it began, but where it needs to begin: twenty-two year-old Mia pressed against the forest floor by a man shielding her from the crazed bear bellowing in her ear. This is a story about love and the power of actions over words. A story of how one day can change everything.

Mia Hart’s childhood sweetheart, Robin, has been watching over her ever since his death. Haunted by the devastating incident that killed him, Mia spends three years travelling the world.

Discovering the island of Utopia, a retreat in the sparkling Tyrrhenian Sea, Mia meets Zak, a dashing American musician. After a whirlwind romance, Zak asks Mia to come and live with him in the faraway Midwest. Swept up by infatuation and desperate to be free from Robin’s ghost, she accepts.

Braving a move to River Valley, a small town in the American wilderness, Mia soon discovers the fairytale Zak promised her is anything but. Worried she’s made a rash decision, but too proud to leave, Mia must confront her past before she can find true happiness.

Vivid, beautiful, and packed with unforgettable characters, The United States of Us is a riveting and intense tale of love, loss and letting go.