Book Review: For the Record 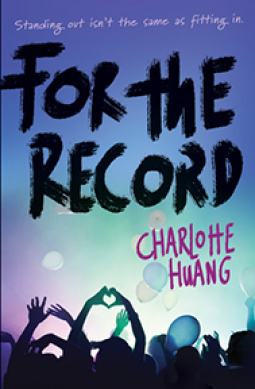 Chelsea was previously on a TV talent show, but she didn’t win.  She thought she could go back to her own little world, but then got the call asking to be the lead singer of the band Melbourne that is now going on a 30 city club tour.  For the Record shows life on the road for Chelsea with the band that is trying to tolerate her and her so called best friend who is on the tour as merch girl.

Then teen heartthrob Lucas Rivers gets thrown into the mix – he’s seeing Chelsea but no one seems to be happy about it.  And Chelsea may actually also have a thing for one of the band members as well…

This was a decent book for the YA crowd, but a bit boring for me who has read a lot more, uh, interesting tour stories.  But if you actually are a YA and interested in bands and tour stories, this seemed to have a decent amount of background work put into it about how tours really worked and seemed to be realistic in that regard.  and the relationships seemed legitimate as far as YA novels go as well.

ABOUT THE BOOK
A raw, honest celebration of music, friendship, romance, and life on the road.

Chelsea thought she knew what being a rock star was like . . . until she became one. After losing a TV talent show, she slid back into small-town anonymity. But one phone call changed everything

Now she’s the lead singer of the band Melbourne, performing in sold-out clubs every night and living on a bus with three gorgeous and talented guys. The bummer is that the band barely tolerates her. And when teen hearthrob Lucas Rivers take an interest in her, Chelsea is suddenly famous, bringing Melbourne to the next level–not that they’re happy about that. Her feelings for Beckett, Melbourne’s bassist, are making life even more complicated.

Chelsea only has the summer tour to make the band–and their fans–love her. If she doesn’t, she’ll be back in Michigan for senior year, dying a slow death. The paparazzi, the haters, the grueling schedule . . . Chelsea believed she could handle it. But what if she can’t?

ABOUT THE AUTHOR
CHARLOTTE HUANG grew up near Boston, graduated from Smith College, and received an MBA from Columbia Business School. She lives in Los Angeles. When not glued to her computer, she cheers her two sons on at sporting events and sometimes manages to stay up late enough to check out bands with her music-agent husband. For the Record is her first novel.