December 13, 2015 by ConcertKatie No Comments 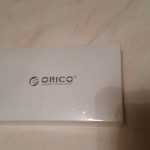 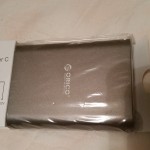 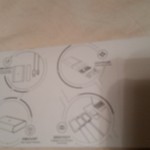 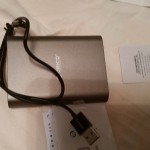 The 10400mAH Power Bank from ORICO is a great stocking stuffer for that tech-addict in your life.  It comes with Qualcomm Quick Charge TM 2.0 Technology which will charge compatible devices up to 75% faster than a standard charger.  I found that this charger will charge my phone 3-4 times before it needs to be recharged itself, which is great if I will be out an out about and don’t want to be against a wall with an outlet!  It is small enough to fit in my purse and carry with me – the only down side is that it is a bit on the heavy side.  It’s probably not something I’d keep in my back for a “just in case” but rather only grab it when I know I am going to a concert or a  game and will be gone the majority of the day with no other options.

The charger has 4 lights on it which shows when it is at 25/50/75/100% capacity.  I found that each time I fully charge my phone I lose just over 1 dot from the display. I was also able to charge up 20% of the phone in less than 30 minutes while still using the phone. Of course, it’s even faster if I don’t use the phone while charging.  The charger does get a bit warm when in use.  Not to the point that I wouldn’t put it in my pocket, but it is something to keep in mind when using it.

I received a free product in exchange for this review.