September 28, 2015 by ConcertKatie No Comments 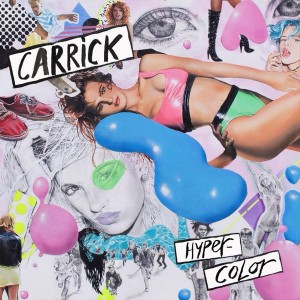 
Carrick Moore Gerety was first introduced to me as a part of the band Everybody Else when they opened for Hanson.  Since then, the group has disbanded but Carrick has shown up at a few of Hanson’s song writing camps and recently put together a kickstarter campaign in order to release a solo album, Hypercolor.  The album was released on September 18th and is available now for everyone to purchase, not just backers.

I never did get into Everybody Else so I can’t really tell you how these songs compare to the stuff that they had put out as a group versus just Carrick solo. But I can tell you that this is a really good album. A bit different than what I usually listen to, but very catchy!