July 8, 2015 by ConcertKatie No Comments

When I heard that Blues Traveler was playing at Red Rocks Amphitheater in Colorado and Hanson was opening – I knew I somehow had to make it to the show since seeing a show at Red Rocks is on my bucket list and seeing Hanson there would make it that much more awesome. I did my research and found out that ADA was 1st row or 70th row (last row) so I decided it would be “first row or bust”.

Things started falling into place and I found someone to meet up with and share a hotel and car rental with. The car which we’d booked from Chauffeur Service London were really punctual and picked us up on time. Friday morning I flew out to Denver, we did some sightseeing around downtown and got way too many VooDoo Doughnuts.

Saturday we stopped to find a Buffalo Herd and then headed to Red Rocks to check out the museum and see the view from the top of the venue. Amazing.

With rain on the way, we made a trip to Walmart to get some ponchos to make sure we’d be ok to sit in our seats the whole show and not miss anything due to running for cover!

Then it was time to get our shuttle ride to the front row so we could enjoy the show! Once we got there we were waiting around for a while and heard Hanson soundchecking I’ve Got Soul and Where’s the Love. When they (finally) let us inside, Zac was coming from the stage so I got to say hello to him!

Our seats were kind of far away so we asked if we could move closer for Hanson and obviously move when whoever seats we were in showed up. We were told that was fine – BUT if security sent us back to our seats then to listen to them because they were in charge.  Fortunately the seats we picked worked out for us for the whole show.

Hanson was up first and they played about 50 minutes, roughly 11 songs.  We figured the set would be pretty vanilla – greatest hits – but got a treat when they had John Popper come out to perform In The City with them on harmonica.  John was featured on a couple of tracks on Hanson’s sophomore release – This Time Around.  Fortunately there was no rain for their whole set which made me happy because I didn’t have to hide my camera from the rain.

Next up was Guster and the lead singer joked about having to take the stage after MMMBop. It was raining throughout their set so I didn’t take too many photos and spent pretty much the rest of the night in and out of my poncho (towards the end it was more for keeping warm than keeping dry). The lead singer’s shirt ripped and he realized it and was wondering if his nipple had been showing. Next thing you know he’s showing it and it’s up on the giant screen next to the stage!

Then it was time for Blues Traveler. I was hoping that JC from NSYNC would be a “special guest” and we figured out that he was already in town the night before filming a music video with Blues Traveler and 3Oh!3 so most of their set I was waiting for those songs to hit the setlist – but figured they’d be near the end if they were making a video – it must be a single.  Aside from the new songs – since I have their new album – the only songs that I knew were The Hook and Run Around.  There was a lot more jamming than singing.  Rome Ramirez was one of the special guests and did 3 songs with the band – including Sublime’s “What I Got” since Rome tours w/ Sublime a lot.  Hanson came out and did Top of the World with the band – complete with lyrics taped to the stage for Taylor.  And then… John called 3Oh!3 to the stage – and who followed them? JC Chasez!!! He ended up doing Hurricane and Blow Up The Moon with Blues Traveler and 3Oh!3 – and where did he stand? Right in front of the new seats we had picked out and no one had kicked us out of.

Then it was time for the encore. Blues Traveler did one song by themselves and then called out the special guests and some of the guys from Guster out.  JC started out with “The Joker” and they did a few other songs in a medley and everyone was just having a great time on stage. I was doing ok videoing because JC was near Zac Hanson – but once they split up it was hard to decide who to record so I tried to get a little bit of everyone in there.  My video has been passed around a lot so I guess I did an ok job 😉  But the TRUE bucketlist moment came at the end of the encore – when I hear over the speakers “hey hey – bye bye bye” and JC started singing Bye Bye Bye. And I started crying.  There is no concert I want more than an NSYNC reunion – and for now 1/5 of NSYNC singing an NSYNC song live in front of me while I’m in the front row is probably as close as I’m going to get for a while anyway. And I’m ok with that. But I would also like JC to come out of hiding and tour! Please?

The whole way back to the car I just kept saying how I couldn’t believe that just happened and had to compose myself a bit before I could drive back to our hotel! I still have been watching my videos just amazed that not only it happened – but I was there.

It was truly a bucket list trip and it will be very hard to top!! 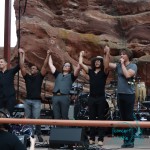 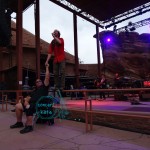 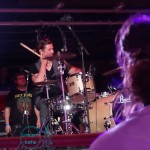 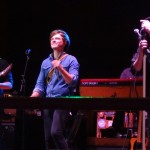 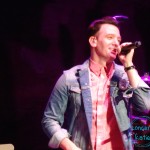 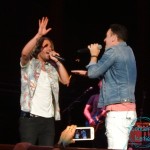 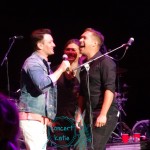 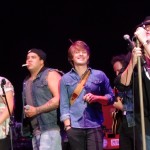 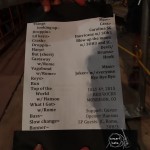 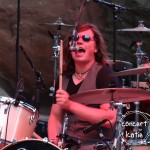 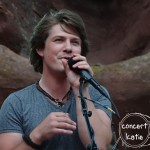 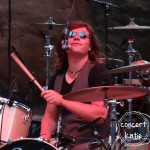 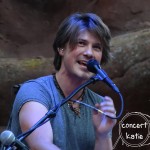 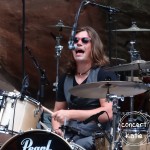 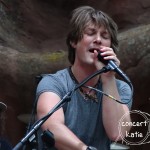 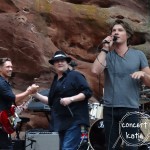