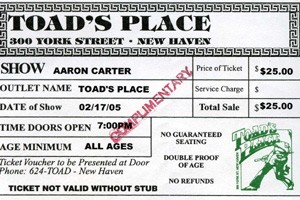 I found the opener, Will, to be completely ridiculous. I took pictures of him simply because I couldn’t believe his hair.  He also sang a song called “Pump That Gas”… imagine my surprise when he turned up on Big Brother a couple of years ago!

Jeff Timmons was a last minute replacement for Jordan Knight who was supposed to be opening and the reason why Sarah and I went to the show. (I won us tickets.) We ended up getting pics with him after his set.

We stayed for Aaron, but as the night progressed, more and more drunk Yalies were showing up.  Aaron found them HILARIOUS and they were screaming about Shaq.  At the end of the night he decided to throw his towel to 2 right by me, which led to me getting squished against the poll I was leaning against.  Fortunately Sarah was able to pull me out and it didn’t go down as the night I was squished to death by drunken Yalies.

Wil has a Youtube channel and he makes fun of Big Brother contestants and he’s actually really good at impersonating them and it’s really funny if you’re a fan of the show.

Jeff has been doing some solo stuff, some stuff with 98 Degrees and working with his male revue, Men of the Strip.

As for Aaron Carter… don’t know, don’t care. He’s dead to me. 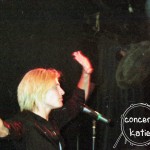 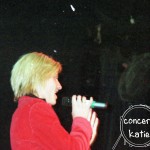 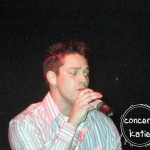 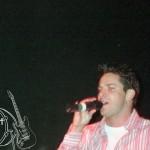 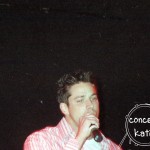 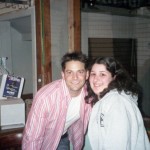 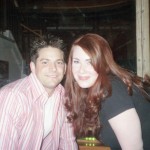 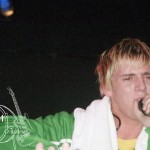 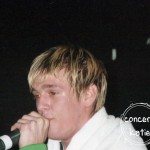 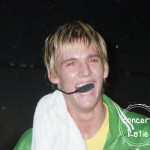 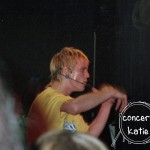