June 8, 2015 by ConcertKatie No Comments 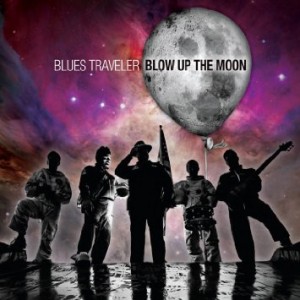 
Blow Up The Moon is the 12the studio album for the band Blues Traveler.  For this album, they decided to have a collaboration on every song featuring a couple of my favorites – Hanson and JC Chasez from NSYNC. I was also interested in hearing the collabs they did with Jewel and Thomas Ian Nicholas (the actor from American Pie & Rookie of the Year, among others).

Excluding the obvious favorite tracks (Blow Up The Moon and Top of the World) I think my favorite song on the album is Jackie’s Baby. Which probably means I should check out some New Hollow when I get a chance.

The album has that patent John Popper harmonica sound but since there are so many collaborations, not all the songs sound like the Blues Traveler you might expect. (And maybe some of their lesser known tracks do sound like some of this – but I admit I only know their singles)

This is a solid album and after listening I considered buying tickets to see them when they are in town. Of course, since I’m in my time machine this will be posted after that show passes so I guess you’ll know before you read this if I ended up going or not…

Edit… I did not end up going to see Blues Traveler here in CT when they came last month, I am however going to see them next month – with Hanson! It is sure to be an epic bucketlist trip so you won’t want to miss those blog posts 😉