The PixScan mat is a new mat that can be used with the Silhouette Cameo.  If you have a page of embellishments that need to be cut out, for instance, you can put them on the mat, take a picture with your phone and import it into the Silhouette Studio software and then trace the embellishments to get a perfect cut around the edges without having to do it yourself with scissors or an x-acto knife.  I recently decided to give the pixscan mat a try for a different reason.  The Justin Timberlake VIP concert I went to came with a commemorative ticket which is double sided. I decided i would do a peek-a-boo window for the layout but last time I tried to cut it out myself I failed miserably.  So I placed the Justin ticket on the PixScan mat, imported it into studio, traced it and then offset it ever so slightly. I used that offset to cut out a window in the sheet of paper I was going to use for the layout. (The extra ticket shaped piece I also used for a setlist on one of my O-Town pages)  It was quick and couldn’t be easier and it came out looking 10x better than the one that I did by hand.

The final product will end up posted one of these days in a Scrapbook Saturday post! (Probably next month or later) 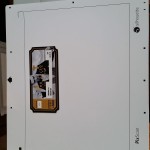 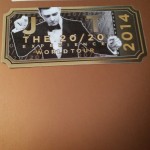 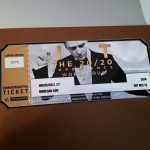