February 25, 2015 by ConcertKatie No Comments

Wednesday February 11, David Cook returned to Connecticut for a show at the Ridgefield Playhouse. I had bought VIP tickets and ended up needing to be at the venue for what I think was my earliest VIP time ever. It was set to start at 2:30pm – and doors to the show wouldn’t be until 7! When we arrived, we were told that Dave was under the weather and that the band would still be playing but Dave wouldn’t be singing for soundcheck because he had to save his voice to make sure to give us a great show.

Dave told us that we would have to sing for the soundcheck – and asked if we knew Declaration. I thought I did but it turns out I’m a lot better at singing along than singing it from memory! Some of the crowd told him to stop talking – but he said he’d be fine to talk, he just couldn’t sing.  For the second song, Kiss You Tonight, Nick, a member of Dave’s crew came out and sang it for us.  Then they were ready to start the M&G but the crowd asked for one more song so they did Lay Me Low.

Monty had his arm wrapped and told us he had to get a screw in it and then Dave did a great impression of the call he got a couple days before the tour run started to tell him that he was hurt but could still play.

Then it was time for the M&G where we were told to keep it to 30-45 seconds, but obviously that didn’t end up happening. One of the venue staff took my picture and then we did a selfie as well.

Since everything was so early, I had quite a lot of time to kill so I did some exploring around Ridgefield and found a Dunkin Donuts to treat myself to. Then I had some time to get some reading done before doors at 7!

The opening act was Artie Tobia. His songs – lyrics wise – kind of reminded me of Stephen Kellogg in that it basically told his story. He seemed to be quite well received by the crowd.

Then it was time for Dave! Everyone was hesitant to stand – but then he told everyone to get up, and they did, for the first song.  The venue reserves the first 6 or so rows for their members – which I guess leads to people not all that interested in the artist to be sitting up close.  After the first song, rows 2-6 sat down.  I tried to stand for as long as I could – but it was nice when I took a couple of breaks that no one was standing in front of me so I could still see – but Dave did tell everyone to get up a few times throughout the set.

There was a lot of yelling from the crowd – some awkwardly timed that made Dave stop before he was going to start up a song because someone loved his hair… But the highlight of the crowd yelling came when everyone heard, loud and clear, “SHUT UP!” and Dave stopped playing and went “Me?” and then cracked up laughing and asked if it was recorded so it would be on YouTube.

Had I not known that he was sick and having vocal problems I’ve not have had a clue based on his performance. (At least until he drank some honey before the last song of the encore) It was a great performance and it has been a while since he has been in CT – he did say he had fallen in love with Ridgefield so I hope that he will come back again! 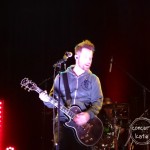 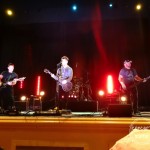 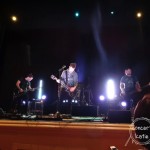 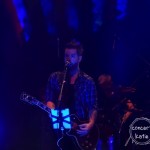 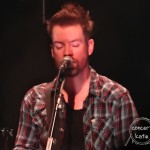 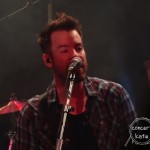 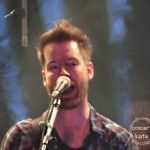 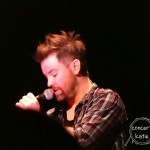 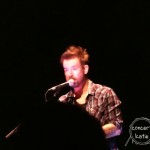 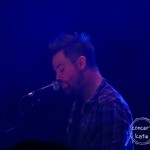 
Billie Jean
Light On
Wait For Me