Music Monday: U2 Songs of Innocence

November 10, 2014 by ConcertKatie No Comments 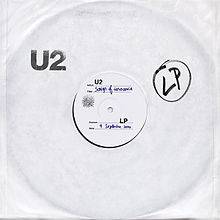 U2’s latest release, Songs of Innocence, was released by U2 and was available for free from September 9th to October 13 in the iTunes store.  If you have an iPhone or perhaps a more up-to-date iPod than I do, you may have found the album already downloaded to your devices.  I found that many were annoyed by this, some even went so far as to think their accounts were hacked when they saw the album appear.  I, on the other hand, wanted the album and couldn’t figure out how to get it since I am an Android user and my iTunes and iPod are ancient (and I like it that way, because right now ALL my music fits on my iPod and if I upgrade, it won’t!)

This is the 13th album from the band and the album was announced the same day that it was released! (October 13th it will have an actual physical CD release.)  U2 has not released a CD since 2009 and that makes this the biggest gap between albums ever in U2’s album.

I really like this album and it pretty much everything that I would expect and want a U2 album to be. Now if only I can figure out how to get the last song to download… ah, technology!