November 17, 2014 by ConcertKatie No Comments 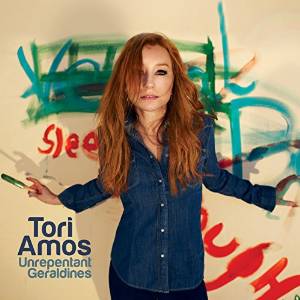 
After participating in a social media campaign promoting Tori Amos’s new release, Unrepentatn Geraldines, I received a free copy of the album.  So I figured I might as well review it for Music Monday!  This is Tori’s 8th release to debut in the top 200 and was released in the US on May 13.  I really wasn’t all that familiar with Tori before listening to this album, but I did enjoy it.  I liked how there is a lot of negative things sung on a more happy sing song way – such as “i hate you” and other things. I don’t know why I get a kick out of that.  I guess because if you’re not really paying attention to what the lyrics are you’ll miss that it is negative.  I think my favorite songs on the album are Wild Way and Giants Rolling Pin, which is about the NSA scandals.  Although I did enjoy the whole album and didn’t want to skip any songs.