Saturday night O-Town was set to play Mohegan Sun’s Wolf Den.  The Wolf’s Den is a first come, first served venue, so I was left with a lot of questions.  O-Town hasn’t been around in 10 years – how popular would they be? How early would a line form?  My Dad had mentioned he heard of people lining up for other shows at noon – so I decided I’d try to get there by 1.  I ended up showing up closer to 12:30 and was 8th in line. My friends Liz and Christine met me later.  I had brought a small stool, which at one time was not a problem for waiting in line, but at around 3pm we were told we could not be sitting on the floor, could not have a stool (so we had to rent a wheelchair!), could not have any of our bags on the floor, etc. because it was a fire hazard. (But really, they wanted people spending their money in the casino to be easily able to cut through the middle of the line to get from one side of the casino to the other – I’ve read enough strategy articles on sites like paybyphonecasino.uk about the atmosphere and settings casinos pose to get more money out of their customers – such as comped drinks, dimmer lighting, etc to know that by now.)

I’ve always found issues with this line – and wish they would do wristbands (they can be numbered by when you get there and coordinate with numbered seats inside) so that you could eat, drink, shop and play if you wanted rather than spending that time in line – but I guess the loss in revenue isn’t enough to cover paying someone to hand out wristbands (maybe they can put in a machine to do it?)  But if standing there for 7+ hours was what I needed to do to make sure I got inside, that was what I was going to do!

Around 4:45, we spotted Jacob on stage doing soundcheck with his guitar. Shortly after all 4 of them were on stage checking All or Nothing.  It was in this moment that I realized just how much I had missed them. Before I was excited they were back but hearing them perform live for the first time in something like 12 years… I needed that.

We were let in about 6:45 and found a spot down on the floor. (Everyone is given a seat but then has the option to go up front in the pit area. I am not sure if this was just for the O-Town show or if this is how the Wolf’s Den is working from now on)  At 8pm O-Town took the stage, kicked off with Liquid Dreams and we were off and running!  The show was very high energy with a pretty good mix of songs from now and then.  Dan still has one of the greatest voices of all the boybands.   They did as 12 song regular set and came back out for a 3 song encore which included their first new single, Skydive, THE single All or Nothing and their newest single Chasing After You.  They also threw in Wobble with We Fit Together and did a cover medley including Kanye, Macklemore, Aloe Black and Sam Smith.

After the show, if you had bought anything at the merch table (Which was pre-signed) you’d get the chance to get a photo with the guys. It would have to be pretty quick – but we were the first ones through the line so we got hugs from everyone and a great photo. I’m not sure if they had to make things quicker later in the line or not (it was pretty long!).  There were also the most people I’d ever seen outside the Wolf’s Den – it is situated that you can see inside even if you are not outside and it looked to be 3-5 people deep in some areas! 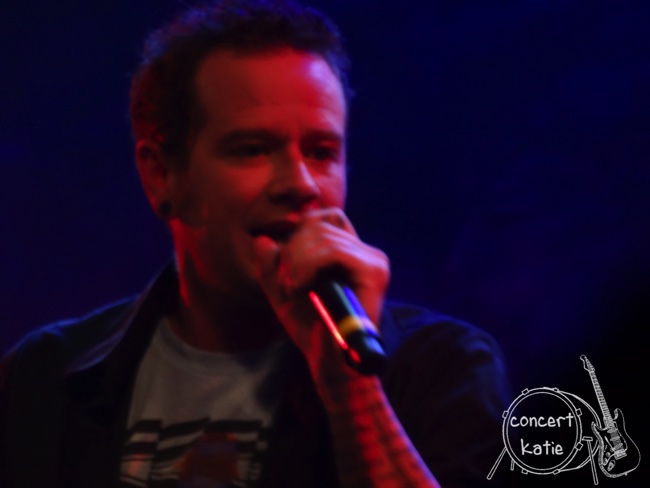 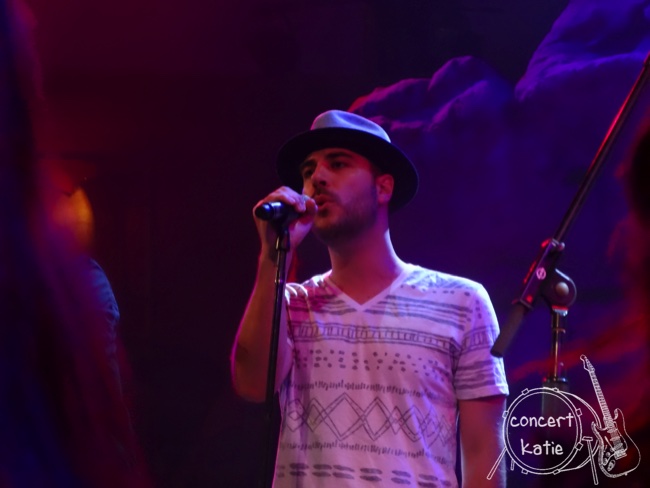 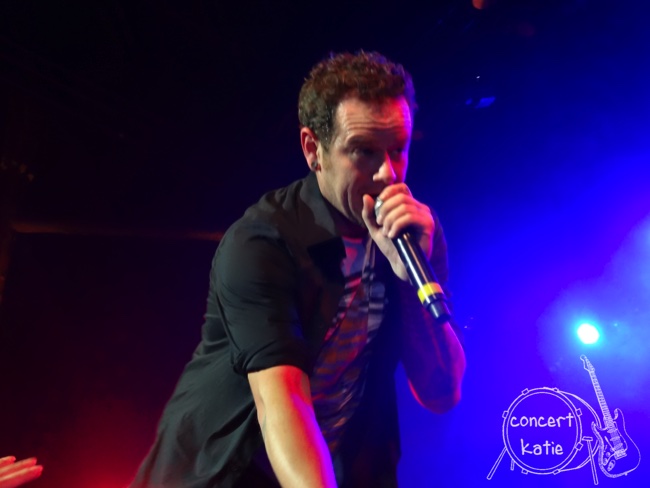 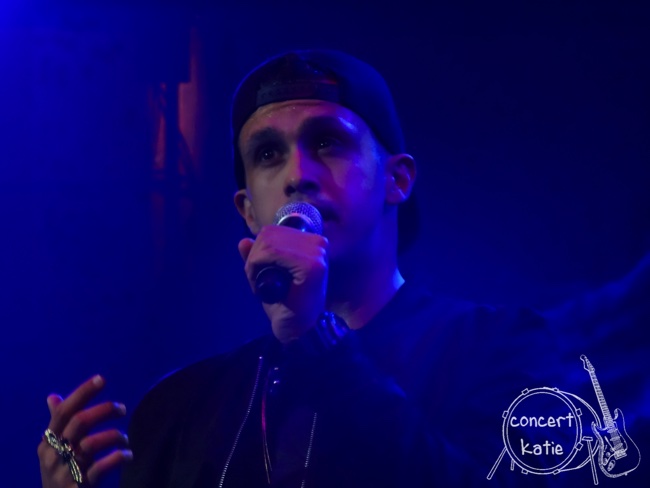 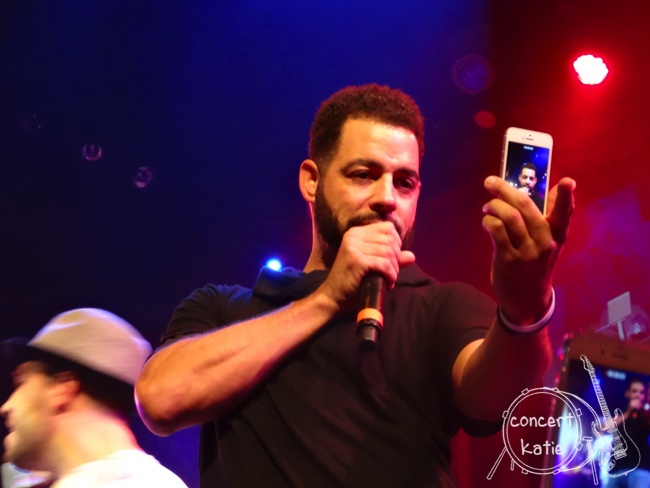 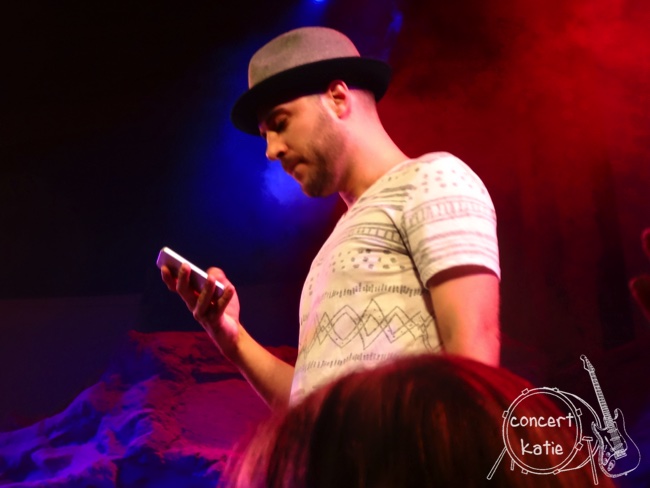 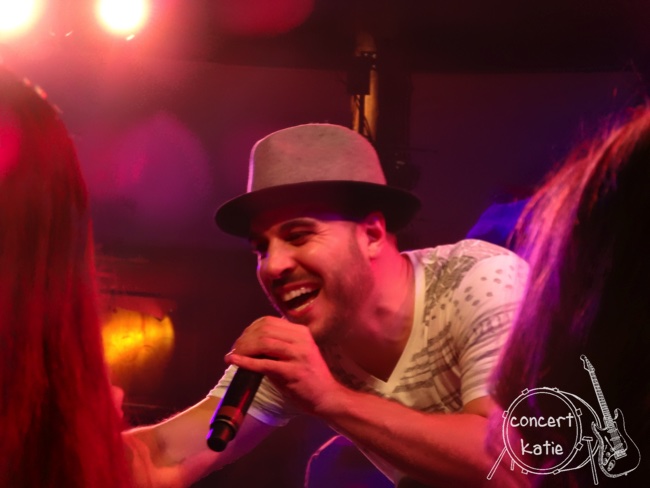 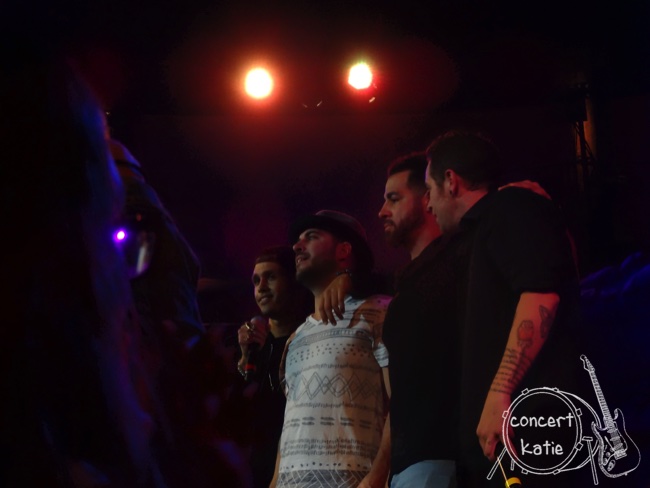 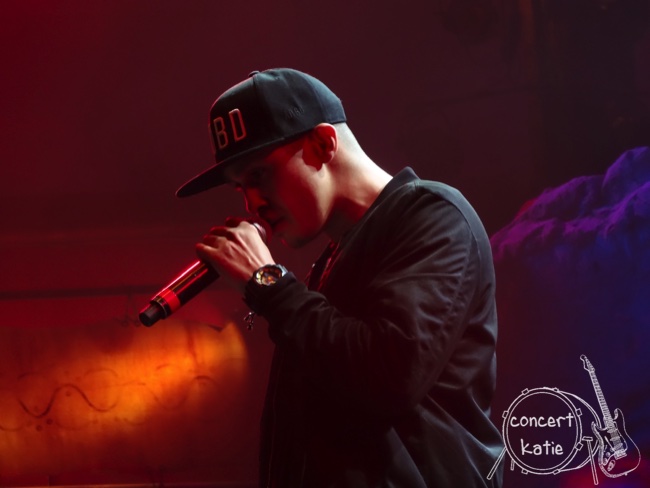 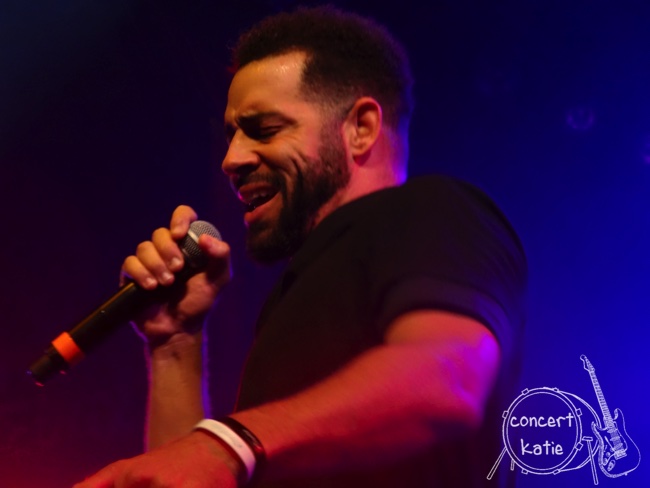 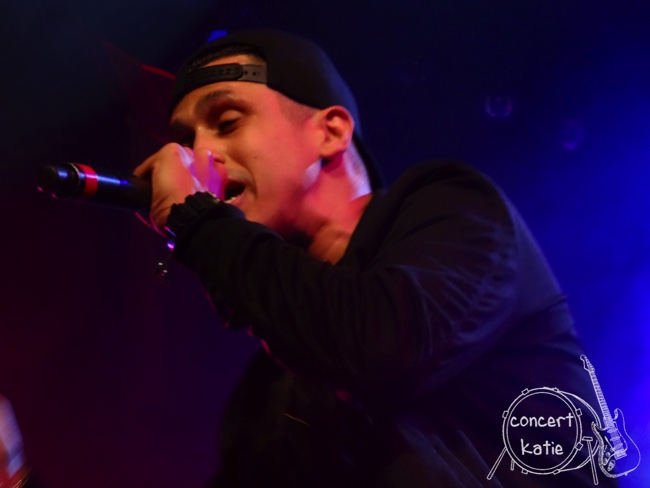 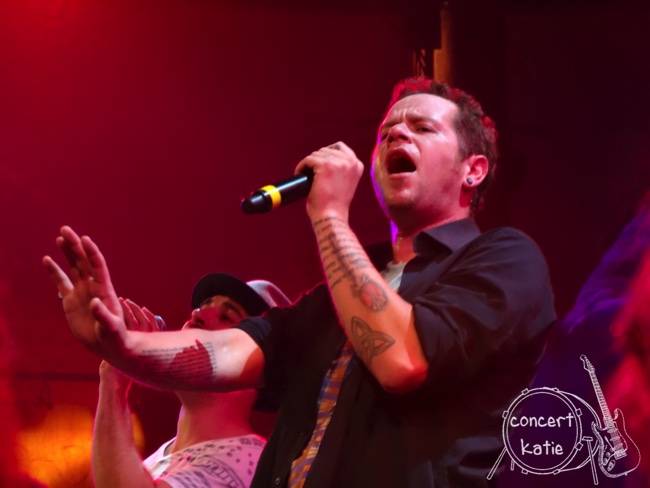 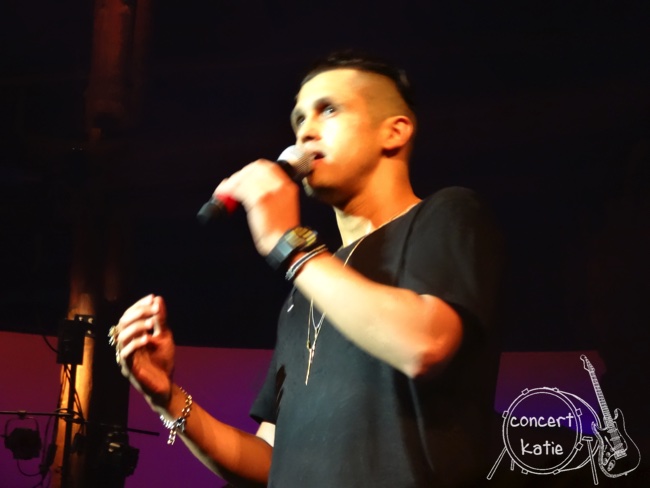 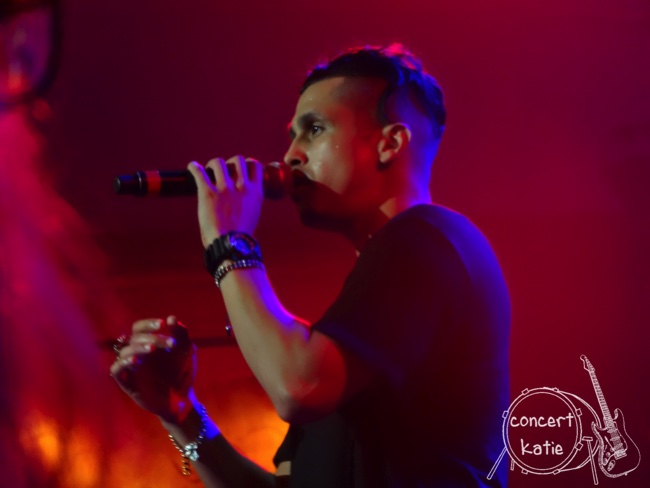 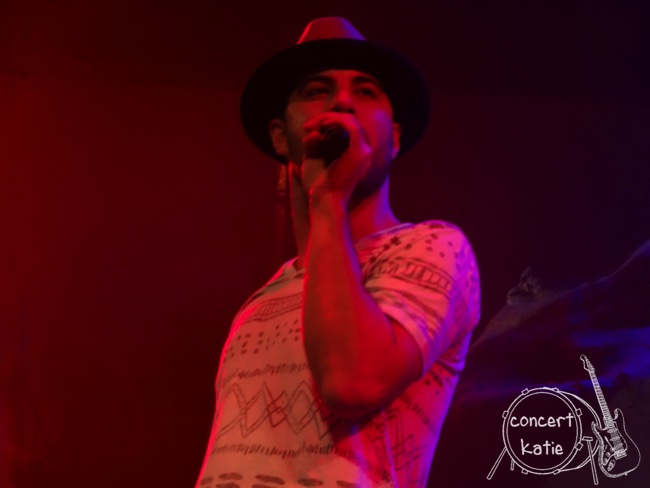 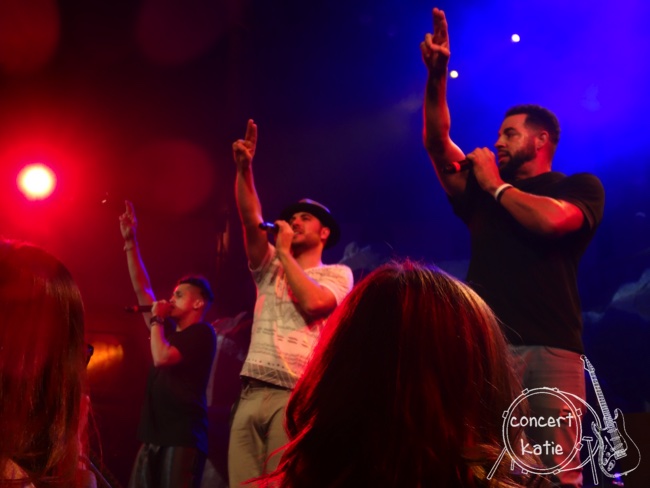 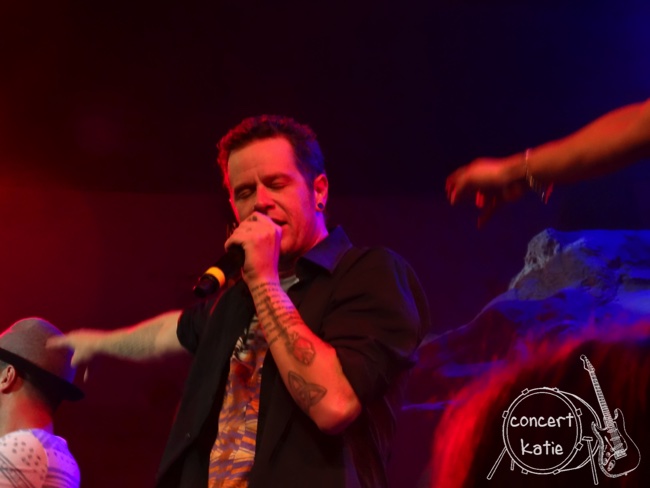 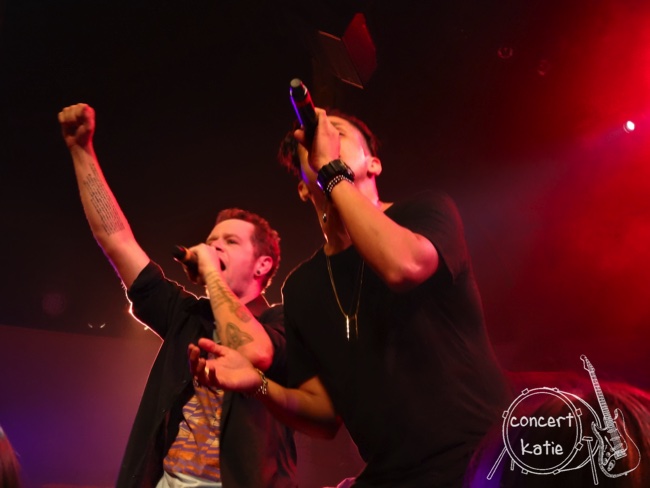 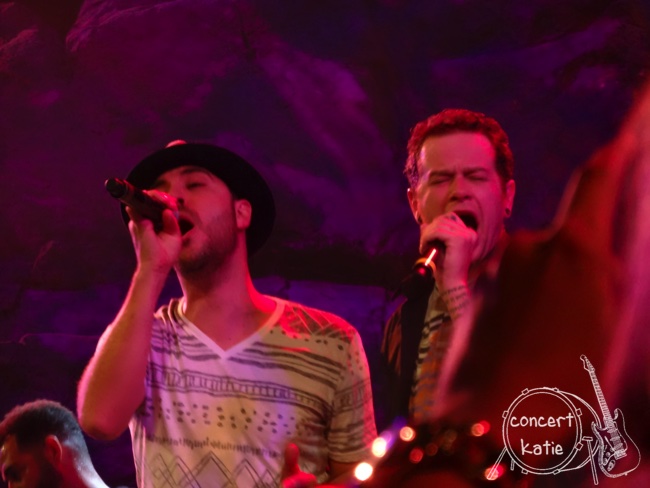 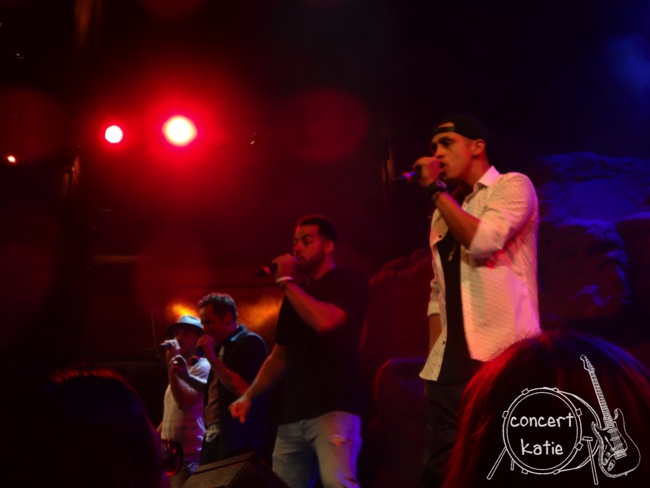 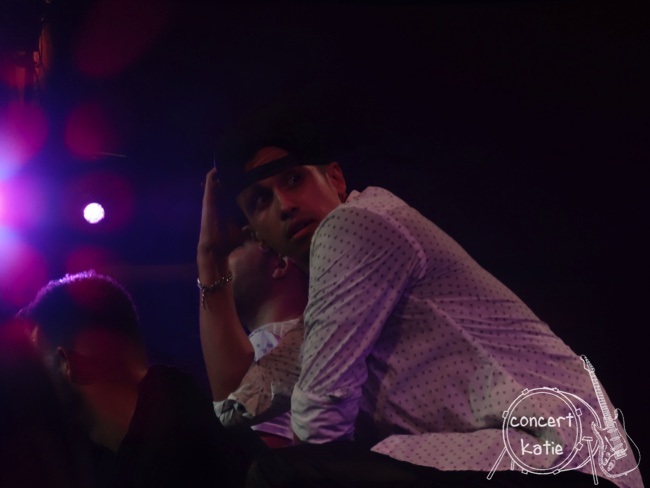 Skydive
All or Nothing
Chasing After You